Now the "QAnon Shaman" wants to use autism as an excuse: Hell no 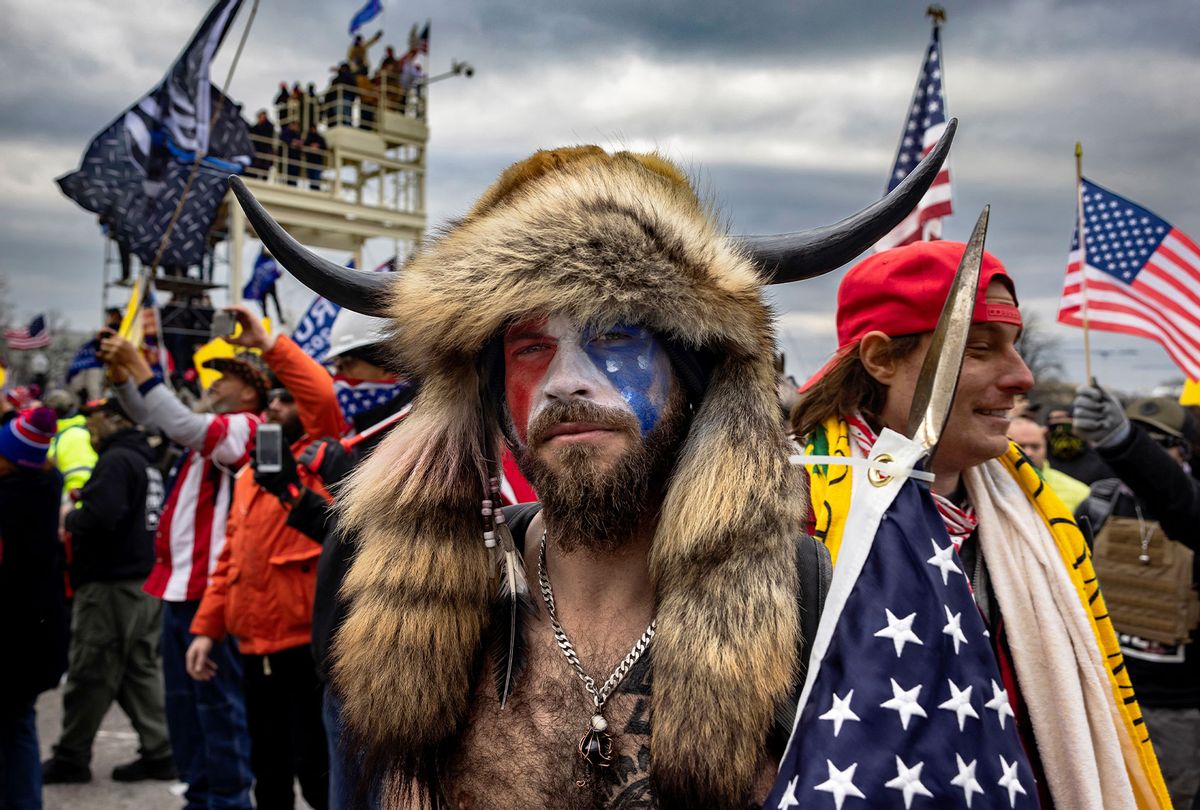 Attorney Albert Watkins made news on Tuesday while trying to defend a man who participated in an attempted insurrection aimed at overturning a legitimate election. Watkins represents Jacob Chansley, the self-proclaimed QAnon Shaman who donned a horned headdress, animal skins and face paint, then joined a mob that stormed the U.S. Capitol on Jan. 6, in service of a president who had trained his supporters to believe there was no legitimate way he could lose an election. Chansley was charged within days of the riot with "knowingly entering or remaining in any restricted building or grounds without lawful authority, and with violent entry and disorderly conduct on Capitol grounds." He has made it clear that, like most accused criminals, he does not want to be found guilty.

So now his lawyer is using what I'm going to call the Bumbling Aspie Defense (BAD): Stigmatize autistic people so your client can get away with a serious crime. I'm not suggesting autistic individuals are bumblers, to be clear. (I am myself autistic, and have interviewed subjects as diverse as Temple Grandin and Elmo the Muppet on this issue.) But in the eyes of certain people, perhaps, autism is perceived as an excuse for bumbling through life without being held accountable for your actions.

Enter Albert Watkins. In a recent interview with Talking Points Memo, Watkins said his client has Asperger's syndrome and added that "a lot of these defendants — and I'm going to use this colloquial term, perhaps disrespectfully — but they're all fucking short-bus people. These are people with brain damage, they're fucking retarded, they're on the goddamn spectrum."

Watkins proceeded to add that this quality of being "fucking retarded" did not make the Capitol defendants "bad people," only that they were uniquely susceptible to "four-plus years of goddamn propaganda the likes of which the world has not seen since fucking Hitler."

It's difficult to discuss those remarks calmly, especially since it sounds as if Watkins is being offensive and inflammatory on purpose. He is of course correct that Donald Trump has used Adolf Hitler's infamous Big Lie tactic and other fascist methods to create a cult of personality around himself, particularly after losing the 2020 election. But Watkins is offensively and dangerously wrong when he argues that autism had anything to do with Chansley's actions. Implying otherwise furthers the harmful stigma that people with mental illnesses or developmental disabilities are more likely to be criminals, when in fact they are more likely to be victims of crimes. (Watkins' use of slurs like "retarded" and terms like "short-bus people" definitely does not help.) Even worse, it reinforces the notion that people who are neurodiverse are somehow "less than" when compared to people who are neurotypical — that we are not merely different but also "damaged."

This whole mess brings to mind Alek Minassian, a Canadian software developer who murdered 10 people in 2018 by driving his van into a crowded pedestrian area of Toronto. His reason, as stated in his online writings, was that he was angry about being involuntarily celibate. When it was time to face the legal consequences for his gruesome act of mass murder, however, Minassian's attorney argued that his client's "autistic way of thinking was severely distorted in a way similar to psychosis." Fortunately for people of common decency and common sense everywhere, that argument was rejected in court.

Hopefully the same thing will happen in Chansley's case. But even if it does, the underlying issue revealed by Watkins' comments will still remain. We live in a culture that too often assumes that something is "wrong" with people who are not neurotypical. So when such people get caught committing crimes — even crimes as different as vehicular homicide or joining a mob riot — less scrupulous attorneys can try to play to public prejudice (or misguided public sympathy, which is much the same thing) by claiming that they were somehow mentally broken.

Autistic people are not damaged. We are not criminals. The QAnon Shaman does not get to use my neurological difference as his shield. Psychological tendencies such as narcissistic feelings of shared omnipotence may well have played a role in why people like Chansley and hundreds of others found themselves storming the Capitol, but that was the result of choices they made, and perhaps their social and cultural circumstances, not because of how they were wired. Jacob Chansley is entitled to a strong defense, like any other criminal defendant. But if his attorney is going to throw neurodivergent people under the bus (short or otherwise) in order to get him off, he'd better be ready for us to call him out on it.