The performances hit the mark, but many important parts of this intricate story fall flat. We still watched it all 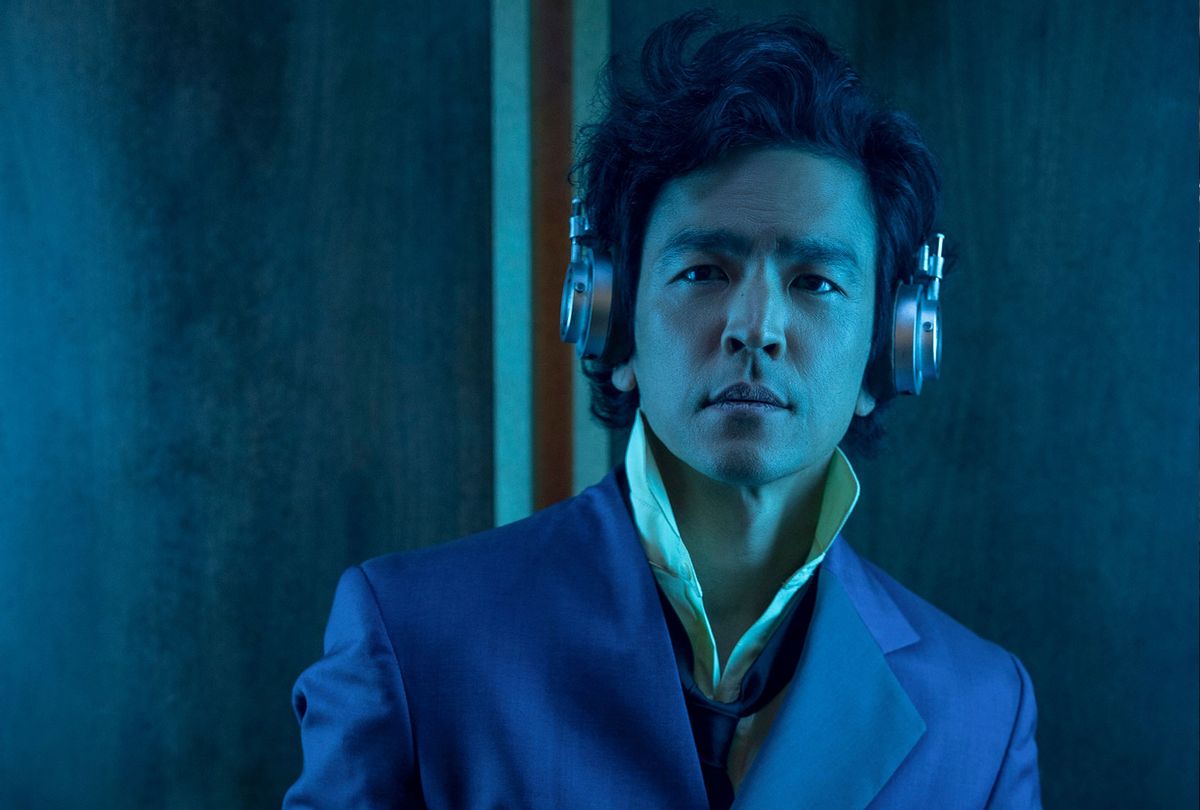 Keep your expectations about live-action adaptations of anime properties around the moderate to low range, and you'll be far less likely to be disappointed by the outcome. Heck if it's decent, you might even be patient with it and seek to understand what it's trying to do.

Such graces are in short supply when mediocrity is in abundance. We get it. Thrashing failed good faith attempts to honor a legend is simpler. If you're passionate about the source material, it may even be warranted. Still, if you expected little or even the worst to begin with, anything that reasonably bests that expectation is a small gift. It's kind of like reaching inside of a cabinet you're expecting to be full of mouse droppings and pulling out handfuls of jelly beans instead.

Licorice flavored jelly beans, but still. To some, this qualifies ever so loosely as candy.

This is how I suspect many people will greet Netflix's live-action version of "Cowboy Bebop." It isn't great, but it's better than spectacular failures past, such as the moribund attempt to adapt "Death Note" which, like the theatrical adaptation of "Ghost in the Shell," cast a white lead in a role that should have gone to an Asian actor.

In this respect the new "Cowboy Bebop" is already a few points ahead, hiring the universally beloved John Cho to play the suave, melancholy bounty hunter Spike Spiegel, with Mustafa Shakir ("Luke Cage") as his gruff, loyal partner Jet Black and captain of their ship and Daniella Pineda as Faye Valentine, an amnesiac loose cannon they bring onboard.

Spike, Jet and Faye are "cowboys," as bounty hunters are known in 2071, when humanity has wrung Earth dry of its sustainability and colonized the solar system's nearby planets. Life is cheap and very expensive in this near future, and whatever bounties they score are barely enough to buy fuel and noodles.

Of the three, only Jet is open about his past as a detective whose career was destroyed by another dirty cop. He doesn't realize Spike has a connection to a ruthless crime syndicate that's under the impression he's long done. When word gets out that Spike's presumed death didn't take, his nemesis Vicious (Alex Hassell) embarks on a ruthless hunt to finish the job.

Regardless of the rest of its flaws, "Cowboy Bebop" enlisted the right leads. Shakir captures Jet's mixture of tank and teddy bear to the stitch, and he plays up the character's fatherly side with a naturalism lacking in most of the production.

Pineda's interpretation of Faye takes getting used to, although she translates her animated incarnation's larger-than-life outbursts and mood swings as well as she can. (Major props are due to the costume department, too, for giving Faye an outfit that's sexy and practical, and that Pineda needn't fear falling out of.) 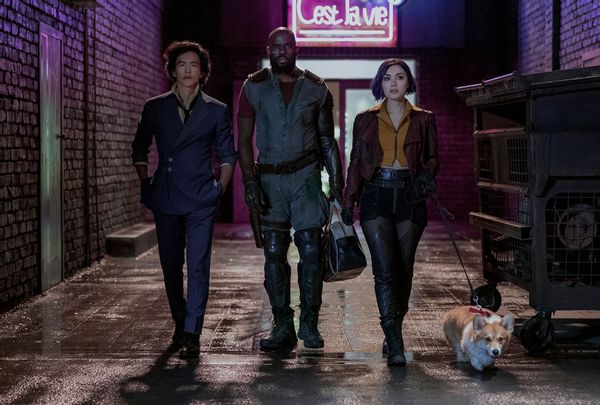 But Cho is the one carrying most of the weight, and he largely does justice to Spike by balancing a sanguine warmth and deadpan delivery to create his action-ready romantic. His Spike is approachable and the right amount of cocky and gets at the fundamental mystery of this man trying to shake free of his past infatuation with a lounge singer named Julia (Elena Satine), the reason for his downfall.

If the success of "Cowboy Bebop" mainly rested in its stars' performances I'd wager there would be far fewer negative notes.

But they're merely an element of a complex cocktail of visuals, Yoko Kanno's frenetic freeform jazz score, glitzy Western iconography and influences that make the 1998 anime a genre maverick that's at once influential and challenging to recreate.

In the original, director Shinichirō Watanabe constructs an intricate, plausible world around the neo-noir ballad of Spike and his fellow bounty hunters that remains intoxicating. The relatively near-future setting explains the solar system's helter-skelter collage of futuristic and vintage styles tangled with wires, chips and detritus.

His speculative future is one of stark inequality, replicating the dominant vision of 20th century popular culture. But it's also one drenched in color and creativity, where divisions are blurred and gender and sexuality are fluid and marvelously queer.

Combining all of this, "Cowboy Bebop" was no mere homage to cinematic styles or modern music in his 26 "sessions," as he dubs his episodes. His work focused on giving life to a feeling can't quite name, something between wonder and deep melancholy that captures what it's like to float in the unknown and accept what comes.

Showrunner André Nemec tries to nail all these parts together with a script that loosely travels a similar trajectory as the animated original but never recreates its enveloping emotional aura. Similarly, the care that went into approximating the tangible visual details is evident, although it's also painfully obvious the budget couldn't meet production's full ambitions.

That's a nicer way of saying that some scenes look cheaper than the audience may expect. That's less of a sin than the clunky fight scenes which, again, one can tell were meticulously choreographed but lack polish and speed.

Animated characters have physical abilities humans can't replicate, and in the original Spike fights with a fluidity that merges Bruce Lee style with the flow of improvised jazz. Cho, for what its worth, lands his strikes and kicks as well as he can, but he's playing a character with abilities bordering on superhuman. In an era where the "John Wick" films set the bar for such face-offs, what we see here doesn't meet that bar. It's a shame the action scenes weren't edited or staged better.

Other weighty mistakes are entirely avoidable, like Hassell's outsized sneering and the wild-eyed fury driving his performance. His animated counterpart was never so hammy; what makes Vicious a great foil for Spike is the icy soullessness behind his patrician smile. Hassell's villain broods loudly underneath a stringy white wig. Better directing would have toned that down instead of allowing it to escalate.

Granted, Hassell should be free to interpret his role in the way he and his director deem fit. But if the audience buys the ink version of his character more than his flesh-and-blood rendering, that's a problem.

This, at its core, is the impossible game the creators of "Cowboy Bebop" signed up for. They must create a three-dimensional success from a two-dimensional animation enlivened with a soul made from nostalgia. Fans expect them to do this while making it original enough while properly channeling the original's vibe.

Hence, the writers can remake the Mondrian-meets-Warhol credits sequence and still be penalized for doing so. They can create a plot that deviates from the one established in the anime and people will complain that it's not faithful enough. So the writers and directors shoot down the center, incorporating frames and sequences that are shot-for-shot callbacks. The first episode, in fact, is a direct recreation of the 1998 series opener, with some padding.

Adopting that strategy is understandable, in that it's a simple way to remind the audience that this new effort breathes the same air and occupies a similar timeline as the original work. But there are tributes and pandering, and a few of those direct lifts are placed within the plot as inelegantly as you can imagine.

Still, the expansions of characters like Tamara Tunie's Ana add spark and depth, promoting her from a convenience store owner to the proprietor of a jazz club doubling as the criminal underworld's social hub. (This also enables a crispier reimagining of another character as Ana's non-binary manager, played by Mason Alexander Park.)

Other aspects of the O.G. "Bebop" probably should have remained animations that could have been incorporated the live action. The kooky "Big Shot," essentially an "America's Most Wanted" for the future's cowboys, is a fun, weirdo bauble in this universe that collapses entirely when two actors are yukking their way through the dialogue.

Nemec recognizes this, to some degree, by only mentioning a central figure from the anime who is basically a flailing, flouncing mess of childish squeaks and quirks. That's a successful method of having it both ways, both acknowledging this highly cartoonish figure exists without inflicting them on the audience by way of a live human. Until . . . ahem.

If the main concern fans have about "Cowboy Bebop" is that its writers, directors and designers don't get it, put that aside. The issue is the opposite: its writers, director and producers are holding onto the source material too tightly to let their creative interpretations sufficiently take root and expand.

My affection for "Cowboy Bebop" made me hope, ever so mildly, that I would love this adaptation; wisdom gained from previous experience made me grateful that I didn't despise what I was seeing. Somewhere between affection and disappointment sits the willingness to commit, helped along by Kanno's infectious score. The dancing jazz swells alone are enough to persuade diehards to saddle up through its 10-episode mission, such as it is.

"Cowboy Bebop" debuts Nov. 19 on Netflix. Watch the trailer for the series below via YouTube.