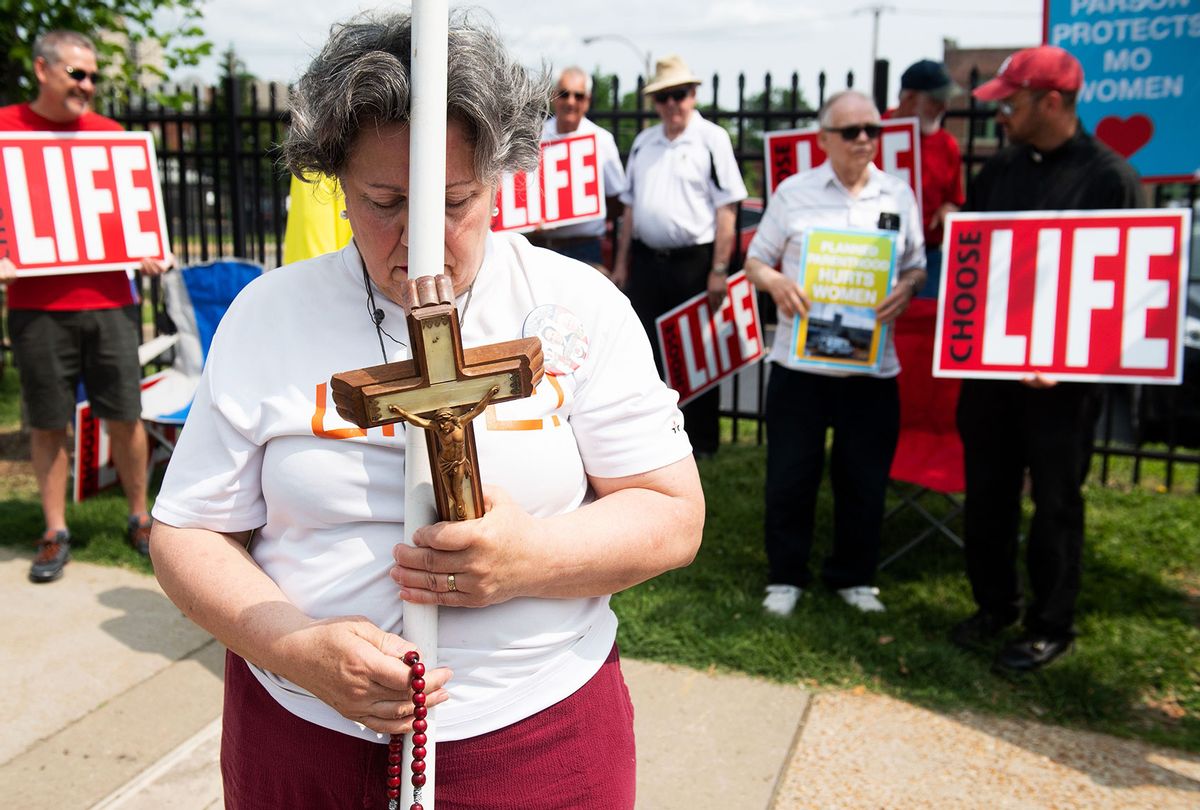 An investigation by the media outlet openDemocracy revealed Friday that the dark money groups masterminding the far-right assault on reproductive freedoms in the U.S. have also spent at least $28 million in recent years on efforts to roll back the rights of women and LGBTQ+ people worldwide.

The new analysis shows that prominent anti-abortion groups including the Alliance Defending Freedom (ADF), the Federalist Society, the American Center for Law and Justice (ACLJ), the Billy Graham Evangelistic Association, the Family Research Council, and Focus on the Family and Heartbeat International have "been involved in recent efforts to limit reproductive rights in Europe and Latin America."

The organizations form what openDemocracy describes as "the 'dark money' global empire of the U.S. Christian right," which is exporting its legal strategy, army of lawyers, and resources overseas to forestall and reverse international progress on abortion access.

ADF, a far-right Christian legal advocacy group with ties to Justice Amy Coney Barrett, has spent years laying the groundwork for the draconian Mississippi abortion ban at the heart of Dobbs v. Jackson Women's Health Organization, a Supreme Court case that could imperil reproductive freedoms across the U.S.

But ADF's influence extends well beyond its home country. According to openDemocracy, the organization—whose global arm is called ADF International—spent $15.3 million between 2016 and 2019 on efforts to gut abortion rights overseas.

"The European offices of ACLJ and ADF have intervened in dozens of European court cases against sexual and reproductive rights," the outlet notes. "Last year, Poland's constitutional court voted to ban abortion in cases of fetal defects. [ACLJ] submitted arguments in favor of the new restrictions, condemned by the Council of Europe as a grave 'human rights violation.'"

"The European branch of ACLJ also intervened for the first time at the Inter-American Court of Human Rights," openDemocracy observes. "The government of El Salvador, where abortion is illegal in all circumstances, was sued for the imprisonment and death of a woman who had experienced a miscarriage."

As for the Federalist Society—of which all six current right-wing Supreme Court justices are either current or former members—"Europe was the main destination of foreign spending," openDemocracy finds.

"Europeans are too naive in thinking that achievements in women's rights and sexual and reproductive health are irreversible," said Sophie in 't Veld, a Dutch member of the European Parliament, told the outlet. "The anti-choice movement does not only have a lot of money, they also have a plan and the determination. Europe should wake up, and it should wake up fast."

While under U.S. tax law the far-right groups have largely succeeded in keeping their funding sources hidden from the public, openDemocracy examined "financial information disclosed by grantmakers" showing that the National Christian Foundation (NCF) and Fidelity Charitable donated $93 million to the organizations between 2016 and 2020.

In an op-ed for the New York Times on Thursday, openDemocracy's Mary Fitzgerald argued that if the U.S. Supreme Court upholds Mississippi's abortion ban and undercuts Roe v. Wade, the nation will "join of a small cadre of increasingly authoritarian countries that have become more restrictive on abortion in recent years."

RELATED: I'm a philosophy professor. The argument for making abortion illegal is illogical

Poland's constitutional tribunal ruled on a retrograde abortion ban last year which effectively banned abortion in all cases apart from rape, incest or threat of life or health to the mother, after the ruling Law and Justice party packed the court.

Hungary's Viktor Orban is ramping up its talk on "family values," and a 2016 United Nations report criticized the country for obstructing abortion access.

Vladimir Putin's Russia has just joined the misleadingly titled Geneva Consensus Declaration: a document co-sponsored by the United States under the Trump administration with repressive governments including Jair Bolsonaro's Brazil, Mr. Orban's Hungary, Abdel Fattah el-Sisi's Egypt, and signed by dozens more of the world's most repressive regimes from Saudi Arabia to Uganda. (President Biden announced in January that the United States would withdraw.) The declaration's authors also claim that there is no international right to abortion.

"Later this month President Biden will host the Summit for Democracy, with a key focus on promoting human rights around the world," Fitzgerald noted. "But as U.S. courts continue to dismantle basic rights enjoyed in countless other modern democracies, the most pressing question must be: How can democracy do its job at home if only half the population is granted full human rights?"