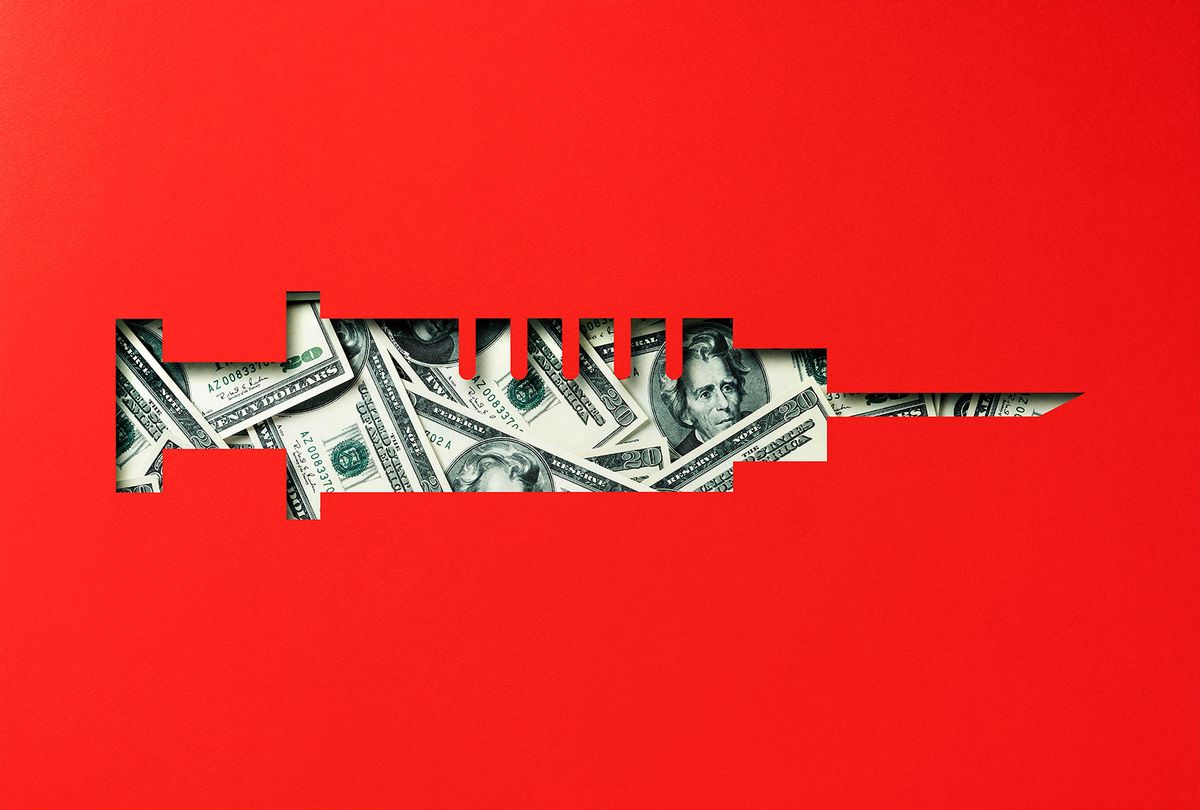 The United States has managed to ship over 300 million doses of COVID-19 vaccines across the world as of this week. According to a White House official, that constitutes more than every other country in the world — combined.

Yet public health officials are adamant that this number is nowhere near enough to adequately address the problem of worldwide vaccine inequality.

"There are deeply complex issues in getting the world vaccinated, ranging from supplies through to delivery and getting the jabs into people's arms," Lawrence Gostin, a professor at Georgetown Law and director of the World Health Organization Collaborating Center on National & Global Health Law, told Salon by email.

You can see the vaccine inequality crisis written into the current statistics on vaccination. For instance, in the month of September 2021, nations in Europe consistently had far more vaccinations per 100 people than nations in Africa.

These numbers roughly align with how, more broadly, goods and services disproportionately flow in the direction of more affluent nations and away from poorer ones. When goods are shipped anywhere in the world, their location is determined not by which populations most need them but by which ones will serve as the most profitable market for their owners. In the case of the COVID-19 pandemic, the profit incentives are simply not set up to efficiently distribute inoculations.

Until that changes, people in less affluent regions of the world — such as the nations of Africa and Latin America — are likely to get sick despite the revolutionary technology which exists to protect them.

Moreover, because poorer countries will continue to spread the infection, the inhabitants of wealthier nations will never be truly safe. This is why the head of the Rockefeller Foundation, Rajiv J. Shah, has already attributed the rise of the omicron variant to global vaccine inequality. To address this, Gostin observed, Biden has primarily put his eggs in the basket of donating vaccines — but he is falling far short of his goal of 1.2 billion doses delivered, which in itself is well below the 11 billion needed to achieve the minimum 70% vaccination level to make herd immunity plausible. Gostin added that Biden has not been effective at persuading the bad actors to change their behavior.

"Biden hasn't achieved his expressed goal of an intellectual property waiver at the WTO [World Trade Organization] and it is looking unlikely he will succeed," Gostin explained. "He also hasn't succeeded in convincing or pressuring Pfizer and Modern to share their technologies with low and middle income countries. Thus everything hinges on donations which are lagging far behind what is needed."

This explains why India and South Africa have aligned with each other in calling for intellectual property rights waivers for COVID-19 vaccines and medical supplies. Intellectual property rights mean that a corporation like a pharmaceutical company can claim sole right to manufacture and profit from a copyrighted product, such as a vaccine. Because this allows a handful of wealthy companies to effectively control access to drugs, poorer nations are often left unable to either incentivize companies to prioritize their interests or make vaccines on their own. Waiving those rights would, at least in theory, liberate nations to make their own shots.

Critics say that this is the same reason why countries like the United Kingdom and Switzerland oppose a full waiver; because doing so would force pharmaceutical companies and other manufacturers to give out their products without maximum profit. Since suspending property rights requires a unanimous vote from WTO members, this means that the necessary waiver is unlikely to happen.

"What we see is scarcity and I think, to some extent, artificial scarcity, like scarcity that is not really a result of scientific or engineering problems but is instead a result of law and policy choices," Christopher Morten, deputy director of the Technology Law and Policy Clinic at NYU School of Law, told Salon in February. Morten said that because pharmaceutical corporations can decide to "make it difficult for companies to share or to gain access to each other's know-how, each other's knowledge," and are supported by our political and legal system while doing so, it is "too easy for companies to hoard all their knowledge or their technology and thwart competitors from manufacturing vaccines on scale."

Despite the consequent disparity between how rich and poor are treated, low income countries still struggle with the same problems as richer ones when it comes to delivering vaccines to marginalized groups and rural residents, providing quality training to health care workers and maintaining cold chain storage so the vaccines remain viable. Biden has only provided modest investments for nations that need these things but can't afford them, Gostin pointed out.

"The major problem is that COVAX has not lived up to expectations in the doses it delivers and the funding for vaccine infrastructure," he explained. "Beneficent charitable donations always seem to come too little, too late."

Some experts are calling for radical changes. Yale epidemiologist Gregg Gonsalves and Duke global health and public policy professor Gavin Yarney explained as much in The BMJ in May, arguing that rich countries should immediately donate their 1.5 billion excessive doses to the needier nations — but they can't stop there. At some point a "people's vaccine," one that freely available to all, becomes the only viable alternative.

These donations are the quickest way to get shots in arms right away. But they are not enough. Donations are a charity model and once the ''give away'' is over the vaccine supply dilemma remains. Thus, what is also needed is a sustainable way for LMICs to be able to make their own vaccines to ensure population-wide vaccination by the end of 2021 (or early 2022 at the latest). And for that we need a "people's vaccine."

Even in affluent nations like the United States, vaccines were still not distributed in an equitable manner to all populations, and it was not because the government lacked the productive or distributive capacity to achieve this. As University of Massachusetts Amherst economist emeritus Richard Wolff told Salon last year, the government regularly buys products from the military-industrial complex that it stockpiles for a potential future use. That makes it profitable to invest trillions in military spending.

The businesses that benefit from COVID-19, however, do not view it this way. They are concerned that government involvement in health care will put America on a slippery slope toward socialism.

"The medical profession, therefore, never wants the government anywhere near what they're doing, because it would threaten their monopoly," Wolff told Salon at the time. "If the government were making regular purchases, being the intermediary — as governments are virtually everywhere else on this planet — it would draw the attention of a mass public to the problem of government money being used to sustain a profession. And then there would be no excuse anymore for the lunatic arrangement we now have. The monopoly would be attacked and it would be undermined."