All hail the holiday aunt: the most untraditional character in traditional Christmas films

Sexy and bold, the aunts in films like "Single All the Way" make us believe that another life is possible 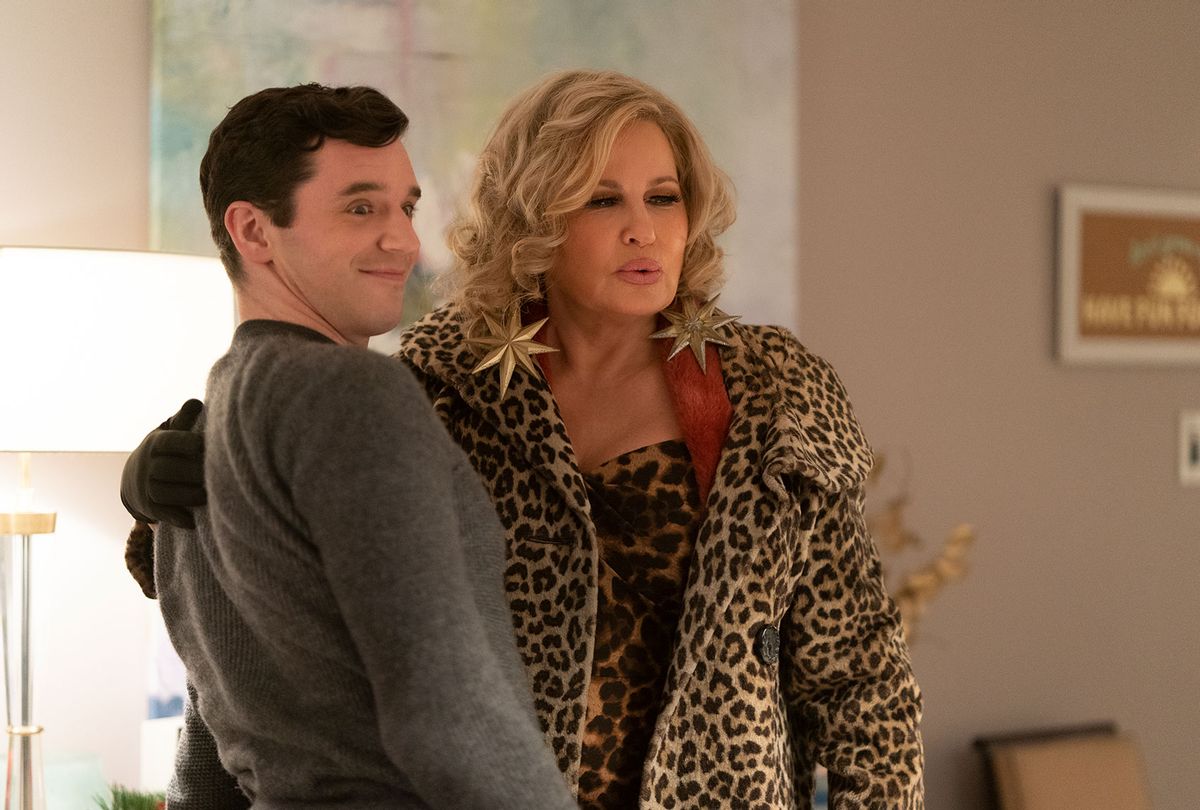 Netflix's "Single All the Way" – though part of an important shift: a bumper crop of queer holiday films – is a bit of a slog. Its hour and 40-minute runtime feels much longer, possibly because not a lot happens and none of it is unexpected. City dweller goes home for the holidays, realizes he loves the small town family life more than the big city rat race, and by the way, his longtime friend is about to become more than a friend.

The only thing new is that the romantic leads are both men — and hopefully soon, dramatizing queer lives will be less of a novelty just by itself and simply a part of many more stories. But there is a shining star on this rather scrawny tree. And that is the Christmas aunt.

She's boozy. She's brash. She's played by Jennifer Coolidge. Once a Broadway star (well, Off-Broadway; well, an understudy), Aunt Sandy pens an adaptation of the traditional Christmas story every year and makes the children in her family perform it. One character describes the very loose adaptation as being "like a play within a play," a sort of Nativity "Noises Off."

Then Aunt Sandy (Coolidge) enters the room singing "Joy to the World." In a leopard print coat, shaking her chest, wearing earrings that are actually stolen Christmas tree ornaments, she makes the line "The Lord is come" sound obscene. Because the aunt knows how to make an entrance. Fashionably late. Bearing designer bags in leather-gloved hands.

The aunt is generous. She gets drunk easily and often. She is extreme. And she breathes life into an otherwise tired film. "I love her," visiting friend Nick (Philemon Chambers) mouths to Peter (Michael Urie), Aunt Sandy's nephew.

The aunt is loving. She hugs her nephew, warmer and more affectionate than the parents in most Christmas films, tells him she loves him and is here for him, then her eye catches his dashing friend. "What a handsome new boyfriend."

The trope of the holiday aunt can be seen in recent Christmas fare like "Holidate" (2020) where Aunt Susan (Kristin Chenoweth) inspires the main character (Emma Roberts) to find herself a "holidate," a casual date who can be the plus-one to seasonal occasions like family gatherings and New Year Eve parties, but nothing more. After the holidays, the holidate is to be discarded like shredded gift wrap. You can guess how this is going to go.

Chenoweth's Aunt Susan is blond curls and high heels, always dressed for the occasion, even/especially if the occasion calls for "sexy nurse costume." She models nude for an art class. She writes a date's name on her arm because she can't remember it. In virtually every scene, the holiday aunt causes a scene.

And she is not young. Most, though not all, of holiday aunts are in their 40s — or in Aunt Susan's case, pretending to be in their 40s — or 50s, which seems like prime Hollywood age for both joking about promiscuity while also acknowledging sex appeal. The holiday aunt is confident. She knows she's stunning. 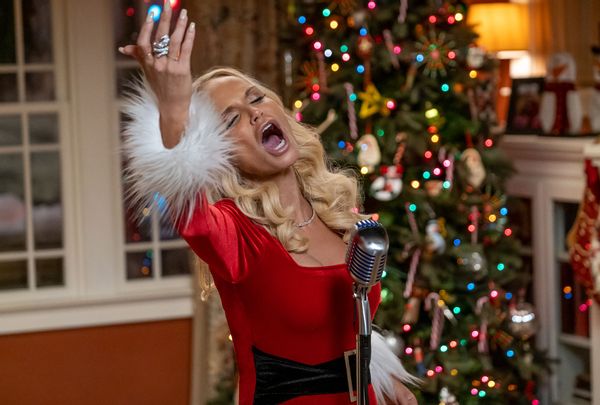 If the aunt is younger, as in "Happy Christmas," she doesn't behave age appropriately. Aunt Jenny (Anna Kendrick) in the 2014 film "still acts like" a child, according to the movie's tagline. Entrusted to babysit, she offers to text her sister-in-law photos for "proof-of-life" of her nephew, swearing, "I'm going to make him love me." She passes out drunk in a hallway. She advises her writer sister-in-law to pen a romance novel: "If there was sex in it, I would be so excited. It would be my favorite book ever."

The holiday aunt is sex-positive. Aunt Sandy brings up Grindr, and upon discovering the object of her affection is a gay man, she replies, "So what? I mean, people are into all sorts of things. Right?" Aunt Susan assures her niece, while her date is right there: "Your tits look great in that dress."

Not only is the holiday aunt supportive of her queer nephew in "Single All the Way," she knows her gay icons, appearing as Glinda the Good Witch from "The Wizard of Oz" in her own Christmas pageant — which she titles "Jesus H. Christ" — reciting in her Moira Rose-twinged accent, "word for word Madonna's pre-show prayer from 'Truth or Dare'" to inspire the child actors before the play. And Aunt Sandy is well aware that she's on her way to becoming a queer icon herself.

Kendrick's Jenny aside, the aunt is usually successful in Christmas films. She has it together: wearing nice, expensive-looking clothes, her hair and makeup always done (at least, at the beginning of the night) — an aspirational hot mess.

In Lifetime's 2020 "The Christmas Aunt," the aunt gets her own film. Beautiful, successful with an exciting job in an art gallery, Rebecca (Keshia Knight Pulliam) is still single — and the one her sister and mother call in at the last minute to babysit, knowing she can make it work. Not only does she juggle a demanding boss and taking care of the kids, she works Christmas magic in a household whose parents have not had time to decorate. She reconnects with an old flame and brings the glamour too. "I'm going to need coffee," she says. "Lots of coffee."

Because aunts get Christmas s**t DONE. "You're killing it by the way, this whole aunt thing," her love interest tells her.

Aunts have come a long way since the single, eccentric aunt played for sad laughs like Aunt Gladys in 1995's "Home for the Holidays," who confesses a teenage kiss before slurping wine. Or even Aunt Gayle on "Bob's Burgers," famous for ruining Thanksgiving with her libido, her anxiety, and her cats.

In 2014, the holiday cards of one Bridget McCartney went viral. Cut out of her family's cards because she was the only one unmarried out of her parents' five grown children, she decided in 2010 to make her own cards. Over the years, McCartney's Christmas cards with a spinster aunt twist have included photos of her double-fisting alcohol, posing with a male mannequin in a pool, passed out at a dinner table (where all the other guests are McCartney herself), and asleep in holiday pajamas alone in the woods.

According to her Instagram, McCartney has been married for two years now. No word if her husband appears in the Christmas card.

As the internet applauded McCartney's hilarity, creativity, and resilience (her mother was not happy about the cards), so too reviews have described Coolidge as scene-stealing in "Single All the Way." Does the criminally talented Coolidge ever not steal every scene she's in?

But really, the holiday aunt is the hero here. In the traditional genre of the Christmas film, the aunt is the most untraditional person. She makes us believe that another life is possible.

"I'll be right back," Aunt Sandy tells her family in the bar after the Christmas pageant. "Or, maybe not."