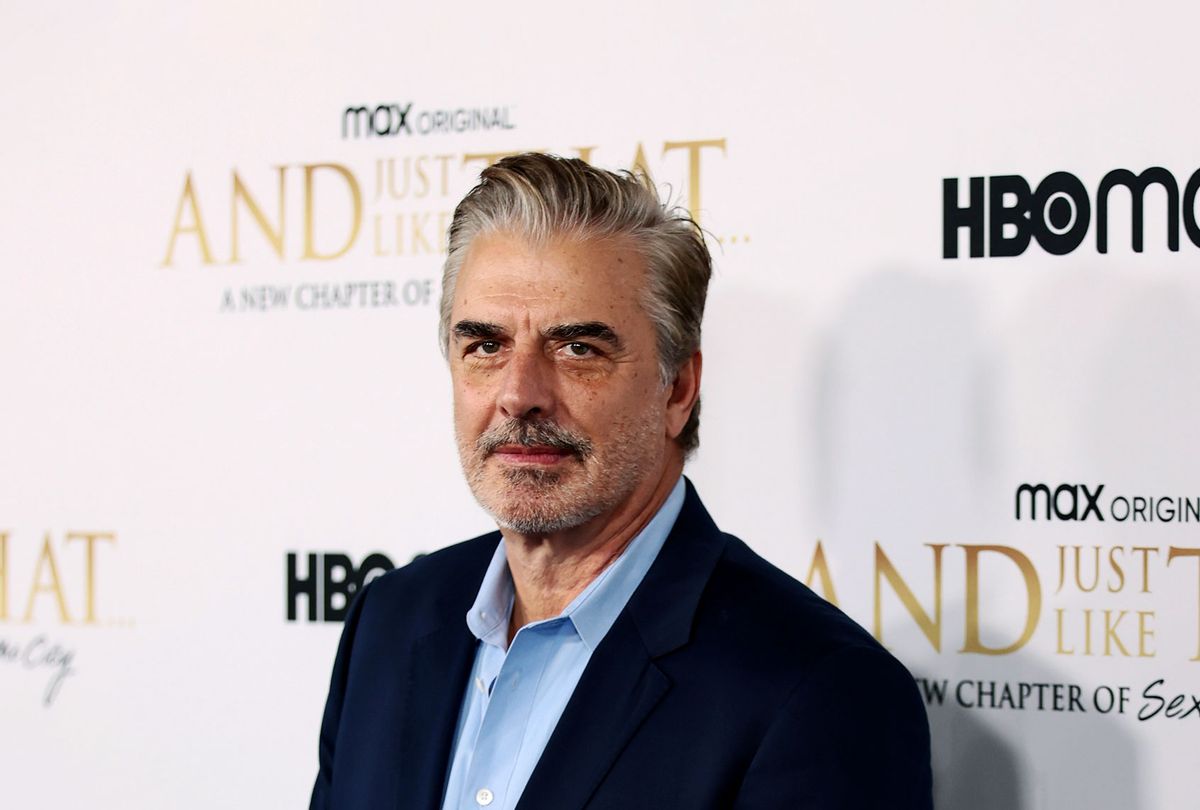 Chris Noth attends HBO Max's premiere of "And Just Like That" at Museum of Modern Art on December 08, 2021 in New York City (Dimitrios Kambouris/Getty Images)
--

The following reveals a major spoiler from "And Just Like That ..." regarding Chris Noth's character.

Actor Chris Noth was accused of sexual assault by two women, with the alleged incidents occurring more than a decade apart, according to The Hollywood Reporter. The women, identified by pseudonyms in the piece to protect their identities, allege the assaults occurred in 2004 and 2015 respectively, and that "promotions and press reports of HBO Max's "Sex and the City" sequel series "And Just Like That," in which Noth reprises his role as Mr. Big, stirred painful memories."

Noth's character Mr. Big dies in the first episode of "And Just Like That," in a scene many viewers have described as bizarre. Mr. Big suffers fatal cardiac arrest after exercising on his Peloton, and after his longtime off and on again love interest, now wife Carrie (Sarah Jessica Parker) does not call 911 nor attempt to perform chest compressions.

With stock prices dropping, Peloton was quick to issue a statement after the episode that it was Mr. Big's unhealthy lifestyle, including smoking a weekly cigar, and not exercising on a Peloton, that killed the fictional character. The company then swiftly released a new advertisement for the bike featuring a grinning Noth with actual Peloton instructor (and Mr. Big's instructor in the show) Allegra (real name: Jess King), and a voiceover by Ryan Reynolds asserting "he's alive." That ad has apparently now been deleted.

RELATED: There is a national student movement underway: Why kids across the country are walking out

The news of the alleged assaults have led some to wonder if HBO Max knew the allegations were pending and killed the character off, and perhaps explains some of the strange writing in "And Just Like That" centered around Mr. Big's death, including Carrie's muted reaction and Miranda's (Cynthia Nixon) odd elegy.

The Hollywood Reporter writes that the two women accusing Noth of assault do not know each other and contacted the trade independently, months apart, with their stories.

In a statement, North denied the allegations, asserting, "These stories could've been from 30 years ago or 30 days ago — no always means no — that is a line I did not cross. The encounters were consensual. It's difficult not to question the timing of these stories coming out. I don't know for certain why they are surfacing now, but I do know this: I did not assault these women."