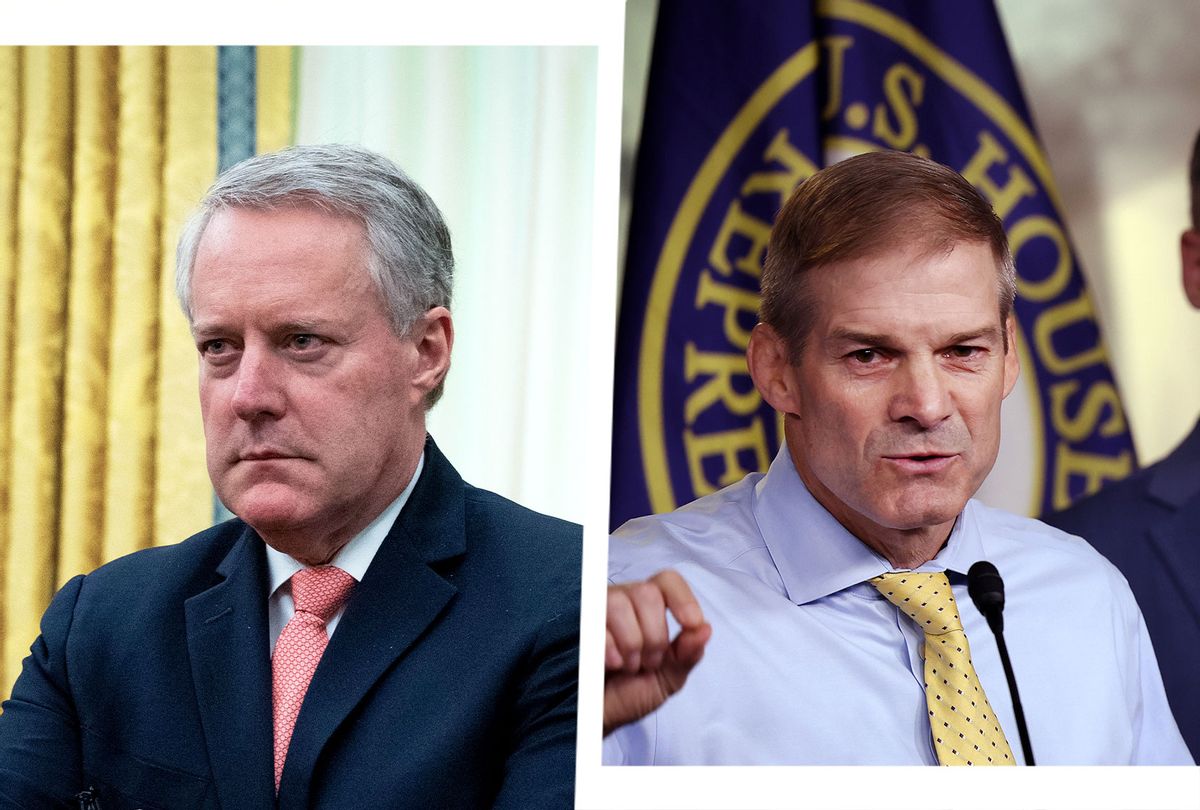 The far-right House Freedom Caucus is planning to expand its extremist rhetoric and tactics to state legislatures around the country.

The Freedom Caucus was launched in 2015 after lawmakers like former Rep. Mark Meadows, R-N.C., former Rep. Mick Mulvaney, R-S.C., former Rep. Ron DeSantis, R-Fla., and Rep. Jim Jordan, R-Ohio split from the Republican Study Committee — which was already a right-wing caucus within the House GOP — because they felt it was not conservative enough. The group initially had few members and largely served as an annoyance to Republican leaders like former Speaker John Boehner as it tried to push the party further right. But its membership grew as the party became increasingly conservative, and now the Freedom Caucus clearly represents the mainstream within the Trump wing of the GOP.

Meadows, who went on to serve as former Donald Trump's White House chief of staff after leading the caucus, is now working to help expand the group to state legislatures amid his battle with Congress over his role in the deadly Jan. 6 Capitol riot.

The Conservative Partnership Institute, a D.C.-based nonprofit founded by former Sen. Jim DeMint, R-S.C., whose leaders include Meadows and attorney Cleta Mitchell — who aided Trump's failed legal efforts to overturn the election — is funding the group's expansion to Georgia, where seven Republican state lawmakers announced their launch on Tuesday, according to the Atlanta Journal-Constitution.

"The grassroots have not been silent, but they have been ignored. We're at the precipice now, and the grassroots is no longer going to be ignored," vowed state Rep. Philip Singleton, who helped organize the Georgia group that includes two other House members and three state senators. Singleton has long quarreled with Republican leaders in the legislature, leading the party to redistrict him into a district that favors Democrats in an apparent bid to oust him entirely, according to AJC.

The group also includes state Sen. Burt Jones, the Trump-backed candidate to be the state's next lieutenant governor. Jones on Tuesday accused the Republican-dominated state legislature of a "culture of cancellation."

"It's a sad day when elected officials, the very people that are put here to represent constituents across the state, can't freely voice their opinions in these hallowed hallways," he said.

The group already has plans to push a stalled proposal to allow people to carry concealed handguns without a permit and to block legislation it feels does not comport with its far-right values.

"The question that never gets asked is what legislation gets stopped," said state Sen. Greg Dolezal. "We're going to make sure we're working with our colleagues to stop legislation that increases the size and the scope of government and infringes on personal liberties."

The Georgia group is just the beginning. CPI announced in a press release that it will launch the "State Freedom Caucus Network" across the country and provide each state freedom caucus "with the tools and resources they need to mirror the success of the House Freedom Caucus."

"From election integrity, critical race theory, school choice, vaccine mandates, and police reform — our nation's most important battles are taking place in state legislatures," the release said, vowing to support "conservative representatives to effectively fight back against the establishment in their state and in Washington."

The campaign is intended to provide funding and resources to conservative lawmakers whose far-right views might otherwise be pushed aside even in Republican-dominated legislatures. The State Freedom Caucus Network will provide lawmakers with bill analysis and vote recommendations and may train members to use legislative rules and procedural tools to pressure their opponents.

"Not all of them have staff to do this," Andy Roth, the group's president, told the Washington Examiner. "If they do have staff, a lot of times, that staff serves at the pleasure of leadership. So, leadership's interests may not be aligned with the members' interests."

The launch underscores the growing acrimony inside the GOP between the Trump wing and establishment Republicans. Trump has waged a war against perceived enemies like Senate Minority Leader Mitch McConnell and Georgia Gov. Brian Kemp, accusing them of disloyalty and not fighting hard enough to overturn his election loss. Trump is even backing former Sen. David Perdue's primary bid against Kemp next year, after a majority of the state Senate Republicans pleaded for Perdue to stay out.

"If we're going to save this nation, I think Congress has a role to play," Rep. Andy Biggs, R-Ariz., the outgoing chairman of the House Freedom Caucus, told the Examiner. "But by far, the dominant role will be from the states and state leaders."