From milkshakes to cheesecakes, how to make the most of leftover eggnog 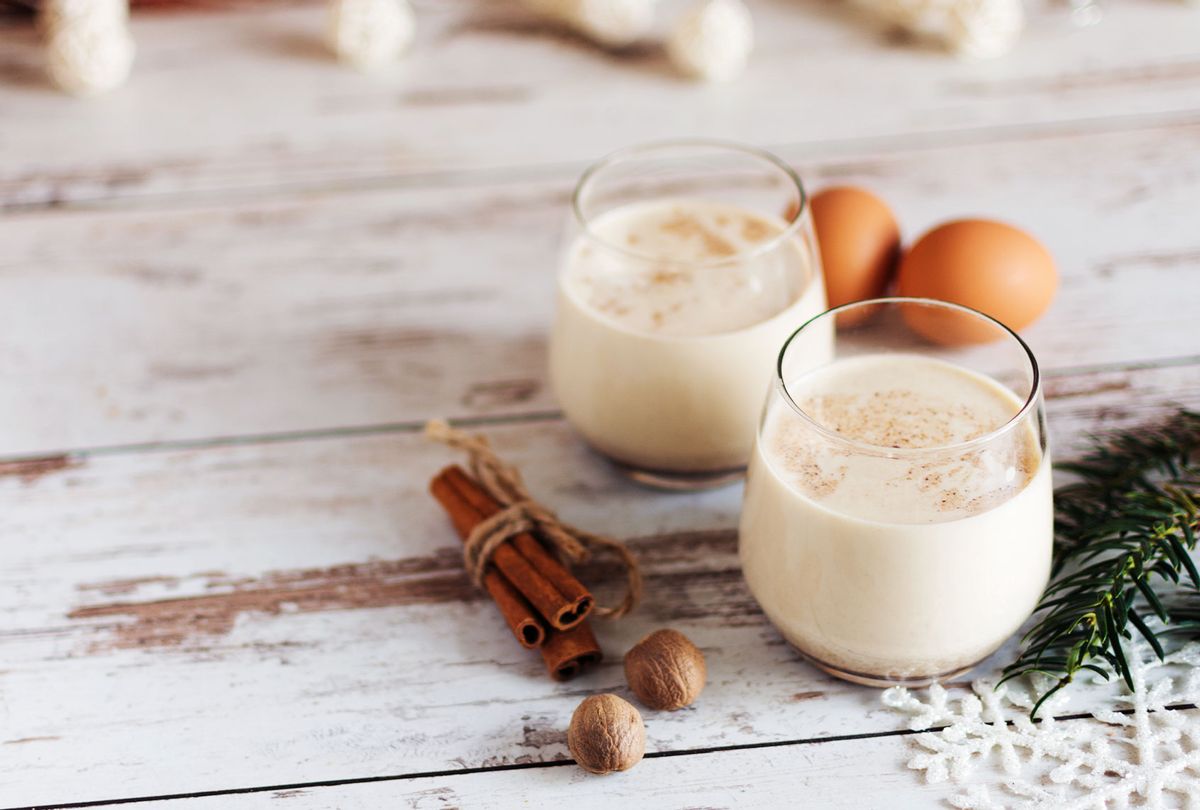 Each holiday has an associated set of flavors. Halloween has pumpkin (and pumpkin spice), Thanksgiving has turkey and the fixings. Now Christmas is fast-approaching and eggnog is ready to shine.

As Salon's Ashlie Stevens wrote in 2020, "eggnog is a dairy-based drink made by beating egg yolks and whites with sugar, milk, cream, warm spices — and often alcohol." It's rich, creamy and gently spiced. This makes it great for drinking, but, if there's any leftover, it also makes it a solid addition to baked goods and sweet treats.

These range from milkshakes to cheesecakes. Here are some ideas to get you started.

You can't miss out on this 3-ingredient festive drink. Add one cup of vanilla ice cream, half cup of eggnog and a light sprinkling of cinnamon in a blender and mix them well. Serve it in your favorite cup and top it with whipped cream and a chocolate drizzle, if you like.

Yes, ice cream is good in the winter, too! Just imagine, sitting on the couch in front of the fire with your loved ones and having a scoop of eggnog ice cream (or using said eggnog ice cream to make the aforementioned eggnog milkshake!).

Using a mixer to beat 2 cups of heavy cream until stiff peaks form. Add 2 cups of eggnog, 1 can of sweetened condensed milk and 1 tablespoon of vanilla extract to the cream. Blend them until they're fully combined. Pour the mixture into a container, cover the surface with plastic wrap and freeze it for at least 3 hours.

Bring eggnog to the breakfast table with this simple eggnog French toast. Beat 2 eggs very well along with ½ cup of eggnog until the mixture is smooth and fully combined. Soak 12 bread slices in the mixture until they are fully saturated.

It's a sweet holiday breakfast choice that's gonna cheer you up. Beat 2 eggs very well. Mix eggs and 1 ½ cups of eggnog well until they combine smoothly. Soak the bread slices in it until they are fully saturated. In a large nonstick pan over medium heat, cook the French toast a few slices at a time, turning when the toast is a little crisp, about four minutes each side.

This dip is easy and delicious — making it the perfect last-minute addition to a holiday party. All you need is 1 packet of instant vanilla pudding mix, 1 cup of eggnog , a pinch of nutmeg and 1 cup of heavy cream and 2 tablespoons of sugar.

Whisk the pudding mix, eggnog and nutmeg together into a bowl and stir until thickened. Using an electric mixer, beat the cream and sugar until stiff peaks form. Fold the whipped cream into the pudding mixture and refrigerate until ready to serve alongside cookies and fruit for dipping.

Salon's Ashlie Stevens is partial to a really (really) fudgy brownie, which, she writes, is attainable if you manage your flour to fat ratio when using boxed brownie mix. These mixes usually call for oil, eggs and water to be added.

"The more fat you can pack into your batter, the better, in this case. That's why eggnog — which is rich in fatty cream, milk and egg yolks — is an ideal swap for the water," she wrote. "It also adds a gentle, warm wave of seasonal spice."

Eggnog and cheesecake are a great combination to satisfy your sweet cravings. Ingredients in this recipe include the basics — graham cracker crumbs, sugar, butter, cream cheese and flour. But it also includes delicious add-ins like rum, ground nutmeg and eggnog.

The result is an extra luxurious cheesecake with a spiked and spiced kick.