Make a fudgier seasonal brownie by spiking it with spiced eggnog

Eggnog is rich with cream, milk, eggs and spices — all the things that make good brownies even better 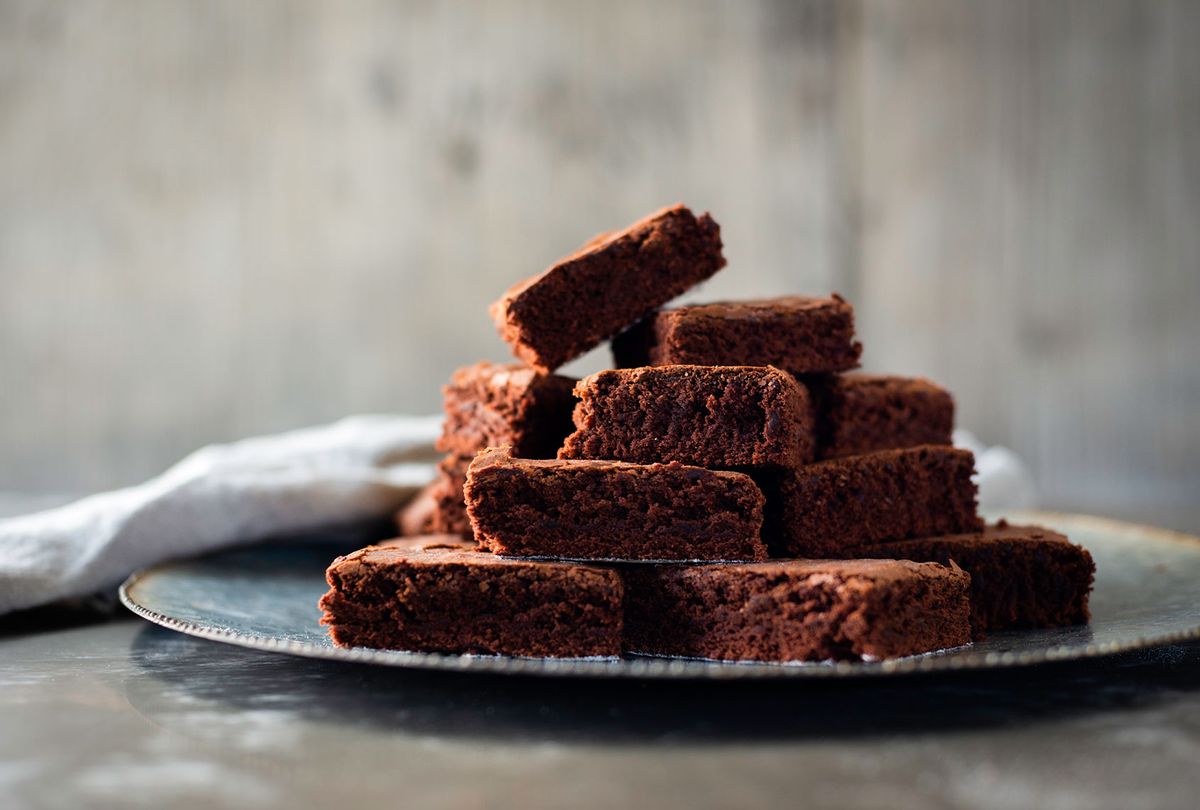 There are seemingly an infinite number of lists out there that detail ways to update boxed brownie mix. Some of the common suggestions include add-ins like chocolate chunks, nuts or pretzel pieces, or swapping out the oil for another fat like butter or a sweet puree like applesauce or canned pumpkin. You can top them with condensed milk, swirl them with peanut butter or dot them with cream cheese icing.

It makes for a moister, fudgier brownie with a light kick of spice, ideal for holiday sharing.

What exactly is eggnog?

Eggnog is a dairy-based drink made by beating egg yolks and whites with sugar, milk, cream, warm spices — and often alcohol. It's incredibly rich, and in 17th Century England, eggnog was a drink for the wealthy. As Nanna Rögnvaldardóttir wrote in "What's Cooking America: The History of Eggnog," people didn't usually consume straight glasses of milk. "There was no refrigeration, and the farms belong to the big estates," she wrote. Eggs, sherry and spices were similarly expensive.

Once the beverage crossed the Atlantic to the British colonies, its popularity skyrocketed. There, food historian Stephen Block wrote, "farms and dairy products were plentiful, as was rum. Rum came to these shores via the Triangular Trade from the Caribbean; thus, it was far more affordable than the heavily taxed brandy or other European spirits that it replaced at our forefather's holiday revels."

Most commercial varieties available at supermarkets contain gelatin and other thickeners, while using less cream and eggs. For this reason, it's worth splurging for organic varieties — we like Ronnybrook Egg Nog, which the New York Time's once called the "Dom Perignon of dairy," and Organic Valley — to drink straight and use for baking. (You can get away with the cheaper stuff if you're mixing it with booze.)

Why does this substitution work?

First, let's take a look at what a typical boxed brownie mix calls for in the way of additional ingredients: water, neutral oil and an egg (or two).

The water adds some much-needed moisture but not a lot of flavor. The oil tenderizes the final product due to the fat content; unlike butter, which contains milk solids and lactic acid that aerate the batter while baking and creates a cakier brownie, oil provides a fudgier texture. Eggs serve as a leavening agent, and adding an extra whole egg or egg white will yield a cakier brownie.

I'm partial to a really (really) fudgy brownie, which is attainable if you manage your flour to fat ratio. The more fat you can pack into your batter, the better, in this case. That's why eggnog — which is rich in fatty cream, milk and egg yolks — is an ideal swap for the water. It also adds a gentle, warm wave of seasonal spice.

Let's say that your boxed brownie mix calls for 1/4 cup of water, 1/3 cup of vegetable oil and one egg, like the Ghirardelli Double Chocolate Brownie Mix does. To update it with eggnog, your final ingredient list will mirror the below recipe.

2. Pour into a prepared 8-inch by 8-inch or 9-inch by 9-inch pan. Heat oven to 325 degrees, and bake according to package instructions.

3. Remove from the oven, and once cool, sprinkle with powdered sugar and a little bit of ground nutmeg to mimic the flavor of the eggnog.