Attendees complained of coughing, shortness of breath and fever — which are more commonly associated with COVID-19 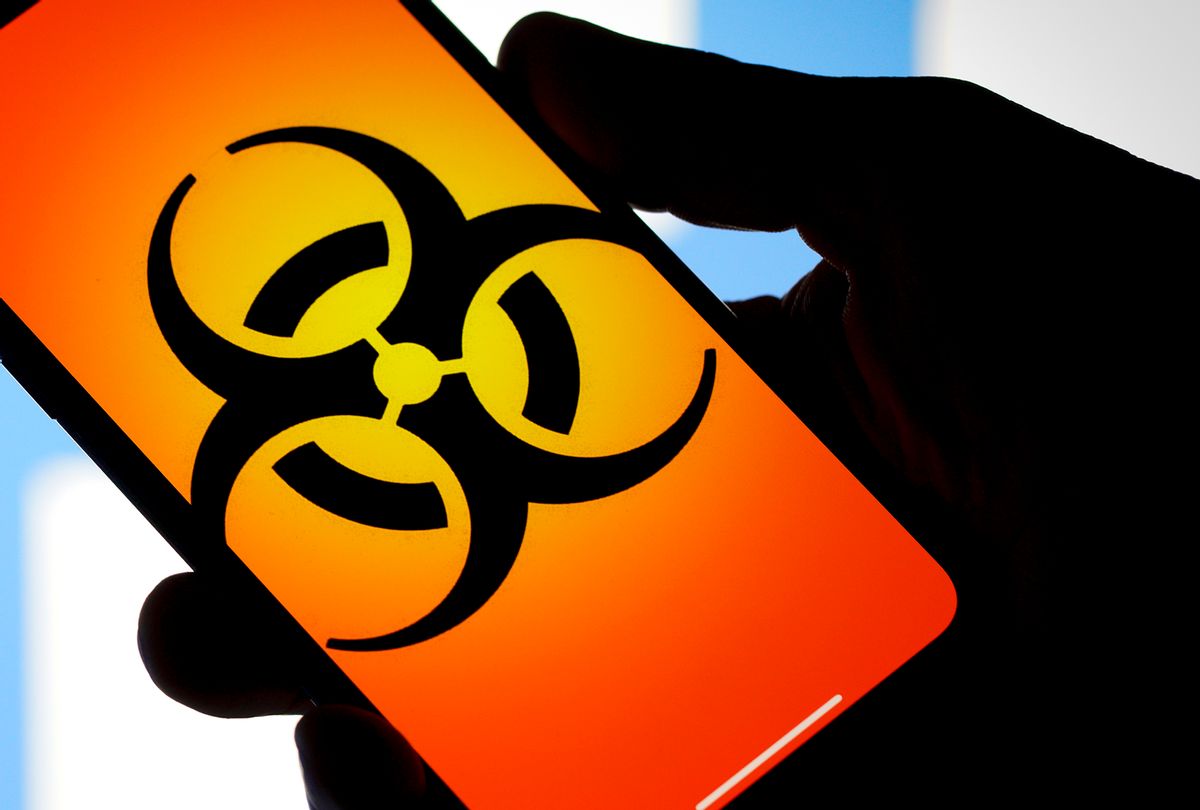 A number of people who attended a right-wing conference earlier this month are complaining that they've been the target of a biological weapons attack after suffering from symptoms like coughing, shortness of breath and fever — all of which are more commonly associated with COVID-19.

The wild claims of a potential anthrax attack began after a large group of high-profile conservatives attended a gathering in Dallas on Dec. 10 called the "Reawaken America" tour, VICE News first reported. It's a traveling conspiracy theory bonanza, according to an analysis in The Guardian, bankrolled by top Trump donors that seeks to spread the former president's supporters' favorite conspiracies: industrial-scale 2020 election fraud, medical misinformation relating to COVID-19 and vaccines more generally, as well as Evangelical ministers spreading culture war gospel.

Conservative podcaster Joe Oltmann appears to be the source of this week's anthrax claims — sharing the theory on his show, "Conservative Daily," while visibly coughing and sneezing on a self-recorded video feed. Not once during the episode did he entertain the idea that he and several others who have reported symptoms had contracted COVID-19, which is surging nearly everywhere in the country.

"There's a 99.9% chance it's anthrax," Oltmann said, without providing any proof for the newsworthy diagnosis.

Oltmann became a right-wing fixture this year for spreading unfounded claims of election fraud. His off-the-cuff style became a favorite of Rudy Giuliani, who admitted in court recently that a number of his claims came from Oltmann's show. At one point, Giuliani even admitted that he did not bother to fact check any of the claims.

"It's not my job in a fast-moving case to go out and investigate every piece of evidence that's given to me," Giuliani said.

The "Reawaken America" conference's other attendees were a who's who of Trumpworld figures, including ex-national security adviser Michael Flynn, longtime GOP operative Roger Stone and MyPillow CEO Mike Lindell. The former president's son, Eric Trump, even spoke at the Dallas event.

According to Oltmann, Texas-based inventor-turned-election conspiracist Jovan Pulitzer also came down with the same mysterious illness after attending "Reawaken America." According to VICE, Pulitzer is perhaps best known for the creation of a widely mocked barcode scanner, which at one point made The Verge's list of the 50 worst inventions ever made.

While Oltmann said he himself was "sick, sick," it appears Pulitzer is even worse off — according to Oltmann nobody's heard from him in days after suffering "body lesions and weeping skin." Pulitzer resurfaced later on Twitter briefly to spread the theory that he had been the target of "biological agents."

"To my friends tried to keep this under wraps until we knew what we were dealing with but Evidence suggest that several of us were targeted by biological agents at an event. This has wreaked havoc on my system all of the most dangerous symptoms appearing," Pulitzer tweeted. "Scary to say the least."

Oltmann also added during his podcast that he could have been worse off, but he was already taking the antibiotic doxycycline after accidentally impaling himself with an arrow at his brother's house.

The outlandish claims that "Reawaken America" had been the target of a biological weapon spread rapidly, after signal boosts from several high-profile conspiracy theorists, including QAnon influencer (and current congressional candidate) Ron Watkins and professor-turned-election "fraud" expert David Clements.

Clay Clark, the lead organizer for "Reawaken America," attempted to deny the claims Wednesday, but did little to stop speculation from spreading in far-right circles.

"There was no anthrax at the event and we have sniffing dogs," he told the Daily Beast, adding that he had hired a reputable security firm to sweep the venue ahead of time. "They bring in dogs that sniff and look for, you know these are well-trained dogs to look for any potential bio-weapons, drugs."

He also added that similar incidents have happened at each of the "Reawaken America" tour's stops — and that it didn't phase him to be dealing with another conspiracy.

"All I know is that we have done seven events of these so far, and at each event, people have claimed they have been attacked by a bio-weapon," he said. "This is actually normal for me."