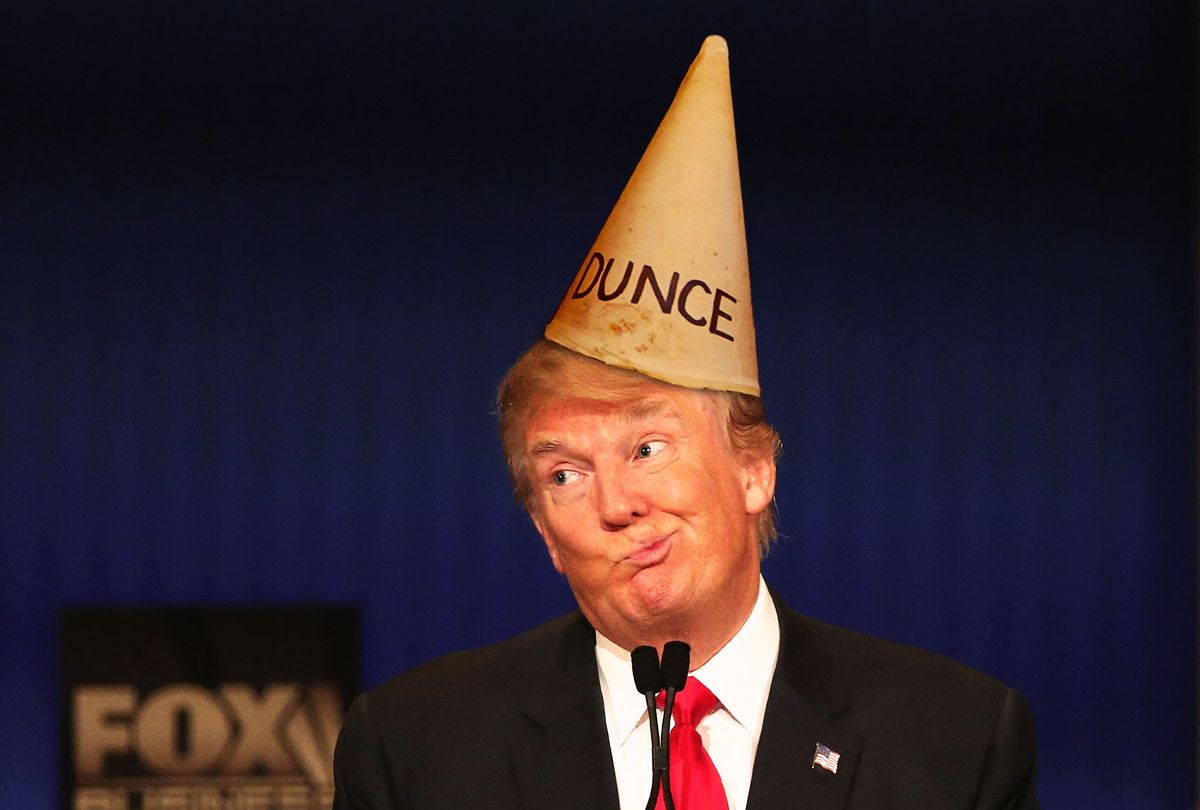 With apologies to Paul Simon, and despite all of the information available to the mortal man, there are still millions of Americans who currently believe they're gliding down the highway when in fact they're slip slidin' away.

As President Biden prepares to travel to Europe to meet with the Pope and our NATO allies next week, there remains a huge national security problem for him to grapple with, one that hasn't been addressed in any meaningful fashion for many years.

It is the root cause of our problems with China. It's why some people don't want to get vaccinated. It's why some people still gleefully follow Donald Trump. It explains why Congress can't get together in a bipartisan fashion to deal with infrastructure, health care and gun control. It's why we have problems understanding climate change. It explains voter suppression. It's why "critical race theory" has become controversial, why elements of our population on the left and right are at war with each other and why some believe the earth is flat and the Holocaust didn't occur. It's why some of us believe we're still the "No. 1" nation in the world when — other than having the largest military — we clearly lag behind other major nations in many critical factors. More than anything else it explains why we fail.

The United States is a nation of militantly ignorant people, arrogant in their beliefs, unable to change their minds and unwilling to try. We lack education.

NPR reported Tuesday that, in part because of COVID-19, we have 500,000 fewer students enrolled in colleges this year. Does anyone really think we can compete in the modern workplace with just a high school education?

I coached high school football for many years. I can tell you firsthand that the quality of education of the "average" student today would have been below the level of a remedial education when I was in high school. There are scores of students who are functionally illiterate as well as scientifically and mathematically illiterate, and have no idea how government works or what their responsibilities in a democracy are. Many scream about "rights." Fewer understand responsibility.

Many are hoping and praying to find a menial job where they can "survive," and rarely do they dare to dream they might thrive. Many cry out for universal health care, but don't believe we'll get it. Some don't even understand how to get a decent salary, paid medical leave and other benefits, let alone how joining a union could help them accomplish those tasks. They don't know what socialism or capitalism are — other than thinking that one is bad and the other is American. They don't know our history, have no view of the future and are moribund in a present they fear, hate and don't understand.

We have to do better. The reasons are clear. Biden is correct: Without a competitive education, we sentence our progeny to industrial servitude while those who are educated amass power and wealth. Look around. We're in a new space race with China. We're behind in hypersonic technology. Our scientists say we must have a nuclear rocket to beat the Chinese to Mars, but millions of people believe that Clorox might treat the coronavirus. Some even tried it.

Biden wants to provide free or affordable post-secondary education, and has pointedly reminded us how useless a mere high school diploma is today — and that frightens some of us. George Carlin warned us that the overlords of society want you smart enough to operate the machinery, but no smarter than that. Some believe that to be true. Others in Congress tell us that such educational outlays in the budget are cost-prohibitive — while at the same time nodding reflexively each time we increase our bloated military budget.

This is not a recent development. Our dedication to education has fallen steadily during the last 40 years — and like most of the rot that has occurred in this country, I place the blame at the feet of Ronald Reagan and the ultra-conservatives he used to get elected and that he helped bring into the mainstream.

If you don't want to accept that Reagan was a feckless fool who destroyed unions, education, the free press and health care, and took us down the road to ruin, then look at the stench stirred up by George W. Bush and his infamous "No Child Left Behind" education policy.

That moronic mantra became every child left behind, creating an entire generation of Americans who were taught how to pass tests — but never how to think critically.

Many of those children who grew up being trained to pass tests are adults now and beginning to populate mid-level management positions in the American workforce. They have become part of what H.L. Mencken described as a "vast and militant ignorance" a century ago, which reminds us that arrogant ignorance isn't a new phenomenon — only that No Child Left Behind exacerbated the problem. "Team America World Police" and "Idiocracy" look more like documentary films than satire these days.

What's the most striking example of the lack of education? Two words: Donald Trump.

And I have one real question I'd like answered: Will someone please stop sending me emails from Donald Trump and his children, relatives, underlings and minions, begging me for money and guaranteeing me private time with the Donald?

Don Jr. even sent me an email telling me he was going to tell his daddy if I didn't give some amount of money NOW! I also got promised a football if I contributed to Donald Trump — who isn't even officially running for office yet, but certainly has honed the art of conning people out of their hard-earned cash to a laser-like precision.

I know dozens of other White House reporters who are apparently on the Donald's email list, and none of us signed up for his systematic harassment and panhandling. He's an internet stalker and homeless vagrant rolled into one.  Apparently the former president took the White House correspondents' email list with him when he fled D.C. Since I'm also getting email from the Sarah Sanders campaign and a few other close Trump associates who hold office, I can only assume they are sending me their scatological musings because Trump has shared the email list with his itinerant, angry, brain-dead acolytes.

They all send me content designed to make the uneducated howl at the moon and scratch themselves like a junkyard dog with fleas. These "press releases" from Trump's moronic disciples are met with yelps of pleasure from their fans. Poor grammar and spelling aside, these fecal releases usually make no sense and appear to be the mutterings of simpletons who've ingested tainted hallucinogens.

The idea that the most qualified candidate in the Republican Party for the highest office in the land could once again be a guy who was impeached twice and encouraged us to ingest Clorox and shine ultraviolet light inside our bodies — that's something even an overabundance of psilocybin in your bloodstream can't explain.

But a lack of education explains all of it, including but not limited to Jim Jordan, Matt Gaetz, Lauren Boebert, Joe Manchin and Kyrsten Sinema.

Our lack of education is the single greatest threat to the existence of our nation. Jake Sullivan is right: It's a national security issue.

"And though my lack of education hasn't hurt me none/ I can read the writing on the wall," Paul Simon also told us.

Today, I'm not sure how many people can even read that.

More from Brian Karem on the weirdness of the Biden White House: