The power of jumpsuits on "Claws"

On TNT's crime comedy, Niecy Nash is Desna, who is as determined as she is dazzling – all while wearing a onesie 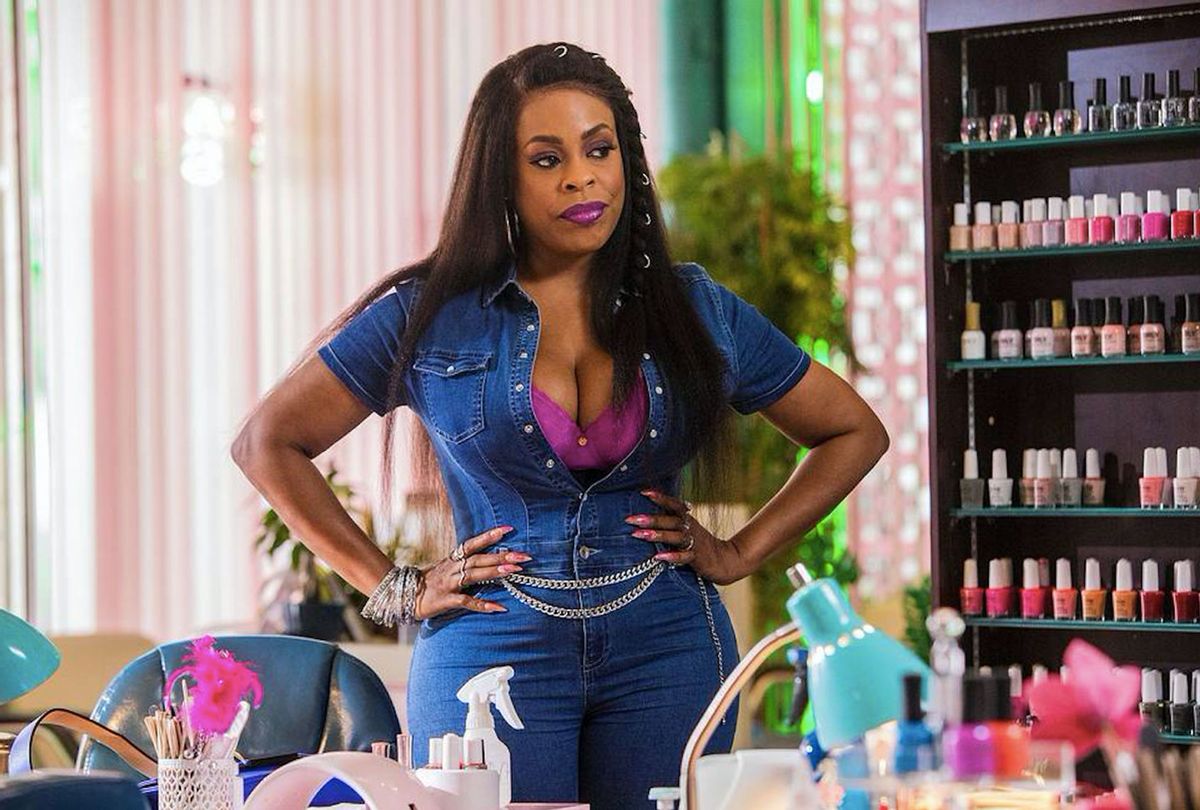 When TNT's  "Claws" last aired in 2019, everyone was talking about that iconic black "Fleabag" jumpsuit. Worn with slinky insouciance by Phoebe Waller-Bridge in the second season of her irreverent comedy, the garment exuded aspirational style and confidence.

But before there was "Fleabag," Niecy Nash's peek-a-boob denim and Versace-inspired prints made the jumpsuit synonymous with the Florida nail artist-cum-crime queen she plays on "Claws," now in its fourth and final season. Created by Eliot Laurence, the dark comedy roared to life in 2017, delighting viewers with its tales of dazzling and determined salon owner Desna (Nash) ushering her nail technicians into the world of mobsters and money-laundering. And she did it all while looking flawless.

"Starting with season 1, the character of Desna has really brought back the onesie," "Claws" costume designer Dolores Ybarra told Salon. "I've noticed, whether it's in editorial or in [music] videos, people wear onesies a lot more than they used to."

Take, for example, the royal blue velvet jumpsuit replete with flamenco-esque cuffs in the opening episode of this season, or the third-season pearl-encrusted playsuit Desna sports while strutting to En Vogue's "Free Your Mind." These instantly iconic scenes are what Ybarra refers to as "Clawsian moments."

The Clawsian moment is instantly recognizable, and not just because it's primed for sharing on social media. Whether it's a slo-mo scene, accompanied by a killer nostalgia track or shot like a music video, these meta moments allow Desna & Co. to really strut their stuff. But these scenes serve more than showing off outrageous outfits; they also allow the viewer to drink in the glorious power of these women – often just before an intense action sequence puts them and their wardrobes to the test.

"As designers, we have to think about what's gonna work for what the girls are actually doing in that scene well as making a statement. They all have their own character, but they all have to look amazing, and stand out; they each have their own styles, especially Desna."

The embattled history of the jumpsuit 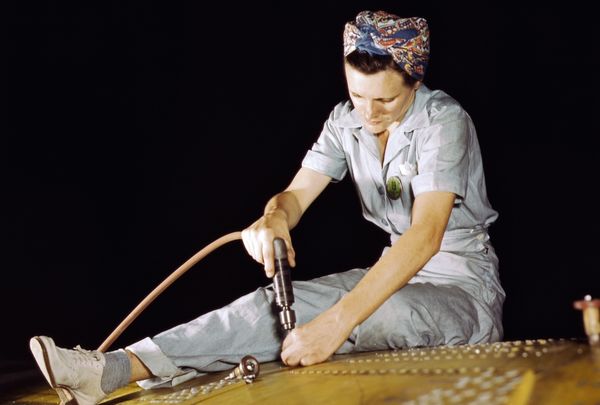 A sort of uniform to get her through her stressful life, Desna's jumpsuits echo the 1910s origins of flight suits for pilots and later as wartime garb for World War II soldiers. Desna, reminiscent of the pilot Amelia Earhart, parachutes into the drug money laundering business and finds herself embroiled in battles between drug Mafias of the Dixie, Russian and Haitian persuasions and the DEA, not to mention trying to keep her ragtag crew of nail technicians and neurodivergent brother out of trouble.

As the jumpsuit roared into the 1920s, Italian artist and designer Ernesto Michahelles, under the moniker Thayaht, created one he dubbed the TuTa. Initially conceived of as an emblem of working class simplicity, it was however co-opted by the Florentine aristocracy as the fashion of the day. The German Bauhaus artists movement and Spanish anti-fascists identified with Thayaht's vision of simplicity and practicality, though, and adopted the TuTa as their unofficial uniform.

The untility of the jumpsuit was soon also embraced by American women. Who can forget the headscarf-wearing, denim-clad Rosie the Riveter flashing her guns? This character was intrumental for the World War II defense campaign, became synonymous with the feminist movement and is still an enduring image of gender equality today.

Fast-forward to the '70s when the jumpsuit became a staple of the dancefloor. The skimpy, sparkly versions worn by the likes of Cher, Debbie Harry, ABBA and the "Charlie's Angels" stars are much closer in appearance to those worn by Desna, even if, metaphorically, hers still retain some of the jumpsuit's original essence.

Even millennial icon Britney Spears' red catsuit from the 2000 video for "Oops! I Did It Again" originally was supposed to signal a coming of age for the pop star who shot to fame dressed as a schoolgirl two years earlier in ". . . Baby One More Time," but it takes on a whole new meaning today. After the #FreeBritney movement, the superstar was released from her 13-year conservatorship this year, and it now feels like the ensemble of emancipation. 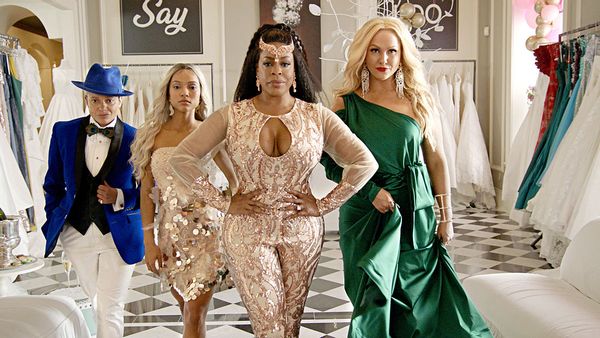 In today's pop culture, jumpsuits are perhaps most commonly seen on superheroes with the comic book adaptation reigning supreme on screen. Positioning Desna alongside Cat Woman and Captain Marvel, Nash has said that the Claws costumes make her feel like a "strip-mall superhero" which is exactly what Ybarra is going for.

"[Desna] takes care of her brother, she's the type of character who wouldn't have the time to kind of figure out what to put on, matching tops to pants. So the onesie, as we call it, [is] easy peasy, you can put it on, and it works, it's not really an outfit you have to think about it," Ybarra says.

Calling back to the TuTa's double meaning, we can see Desna's struggle to rise above the so-called "low class" trades of drug money laundering and nail art that exist side by side in the Palmetto (nicknamed "Palm-ghetto") strip mall in which "Claws" is set. It's fitting that she employs the jumpsuit to prepare for her daily battles.

"I guess you could say it's part of her armor of her being secure with her body, yes, but more in terms of being comfortable and being able to move while looking fashionable as well," Ybarra agrees.

Desna's use of the jumpsuit also signals another step in the evolution of the outfit embraced by Rosie, Cher and Britney before her. And it's specific to her empowerment as a Black woman.

"Desna's jumpsuit is feminist," says Essence editor Brooklyn White. "Being curvy hasn't always been in style. And to be frank, Black women's bodies are still heavily critiqued. 'Claws' is a femme-centric show, and the women are occupying space in their own lives that others might allow men to fill."

Desna also takes up the mantle of modernizing the jumpsuit by embellishing it with accessories, shoes and, of course, nails.

But it's never just about the jumpsuit.

In a season 3 scene, Desna ponders the amount of jumpsuits $50,000 could buy.

"I don't just want the jumpsuit," Desna says. "I want the purse and the shoes to match."

On the glossy shellac exterior, it would seem Desna is talking purely about her appearance. But in the character's struggle for upward mobility and to provide for her family throughout the course of the show, being able to freely spend money on a complete outfit signifies Desna's desire for more.

"She's now the boss, and she's taken a role of being a lot more glamorous and looking boss-like, but in her own style," Ybarra says.

"Claws" does this both figuratively but also literally in the body types of the characters on the show, particularly Desna's.

"[The jumpsuit is] not just for a slender, thin person that's 5'9". Desna's not a 5'9". She's a 5'2" and she's curvy and I think it's made other people that have a voluptuous curvy body feel confident in thinking, 'Hey, I can rock this as well and still look sexy and look good,' and feel good about themselves," Ybarra says. "I love being able to work with [Nash's] curves and making her character feel confident and sexy at the same time."

Through the many readings of the show's jumpsuits, "Claws" has left a legacy of body positivity, inclusivity and the take-charge power of fashion.

Move over Fleabag. Niecy Nash is the jumpsuit fashion icon we need now.

Scarlett Harris is an author and culture critic. Read her previously published work at her website, The Scarlett Woman.