Jon Stewart said Harry Potter goblins are Jews, but adds, "I do not think JK Rowling is antisemitic"

After the "Harry Potter" 20th anniversary, comments Stewart made about Gringotts goblins in December resurfaced 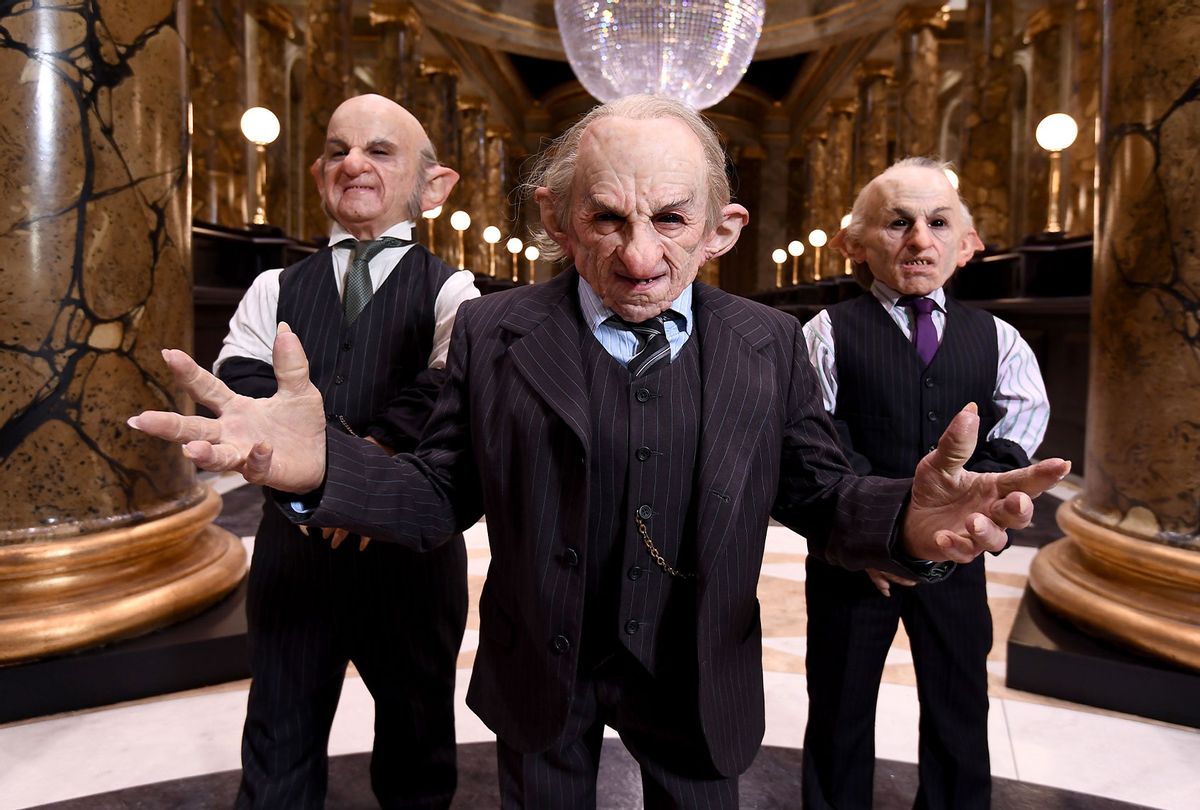 Jon Stewart wants us all to calm down.

In a December episode of his podcast "The Problem with Jon Stewart," the comedian and host poked fun at J.K. Rowling for her antisemitic characterization of the franchise's goblins of Gringotts Wizarding Bank. Following the Jan. 1 premiere of HBO Max's 20th anniversary "Harry Potter" reunion special, however, those comments quickly came back to haunt him.

A media storm broke out, pitting Stewart against Rowling, implying that he had called her antisemitic.

On Wednesday, in response to those stories, Stewart clarifies that his original comments were all part of "a lighthearted conversation amongst colleagues and chums," according to Variety. He further explains that the discussion of the film's goblins were meant to illustrate "how some tropes are so embedded in society that they're basically invisible, even in a considered process like moviemaking."

Here's what Stewart said in his December podcast episode: "Here's how you know Jews are still where they are. . . . Talking to people, what I say is: Have you ever seen a 'Harry Potter' movie? Have you ever seen the scenes in Gringotts Bank? Do you know what those folks who run the bank are? Jews!"

"Let me show you this from the 'Protocols of the Elders of Zion,' I just want to show you a caricature and they're like, 'Oh look at that, that's from 'Harry Potter'' and you're like, 'No, that's a caricature of a Jew from an antisemitic piece of literature,'" he continues. "J.K. Rowling was like, 'Can we get these guys to run our bank?' and you're like, it's a wizarding world. It's a world where the train station has a half a thing and no one can see it and we can ride dragons and you've got a pet owl. And who should run the bank? Jews. Yeah, I mean, it's like, 'Yeah they look like Jews but what if the teeth were sharper?'"

The Campaign Against Antisemitism, a volunteer-led charity group based in London, later took to Twitter to issue its own statement on the matter, attesting that Rowling has been "a tireless defender of the Jewish community in its fight against antisemitism." In recent years, the "Harry Potter" author has been mired in controversy after posting a slew of transphobic tweets and spewing TERF rhetoric. According to Entertainment Weekly, Rowling was invited to participate in the cast's recent reunion — called "Harry Potter 20th Anniversary: Return to Hogwarts" — but opted out after her team decided that the writer's previous comments made for a sufficient appearance. Ultimately, Rowling was only featured through archival footage.

"I cannot stress this enough. I am not accusing J.K. Rowling of being antisemitic," Stewart added. "She need not answer to any of it. I don't want the 'Harry Potter' movies censored in any way. It was a lighthearted conversation. Get a f**king grip."