"Women of the Movement," though imperfect, gives life to Emmett Till's story 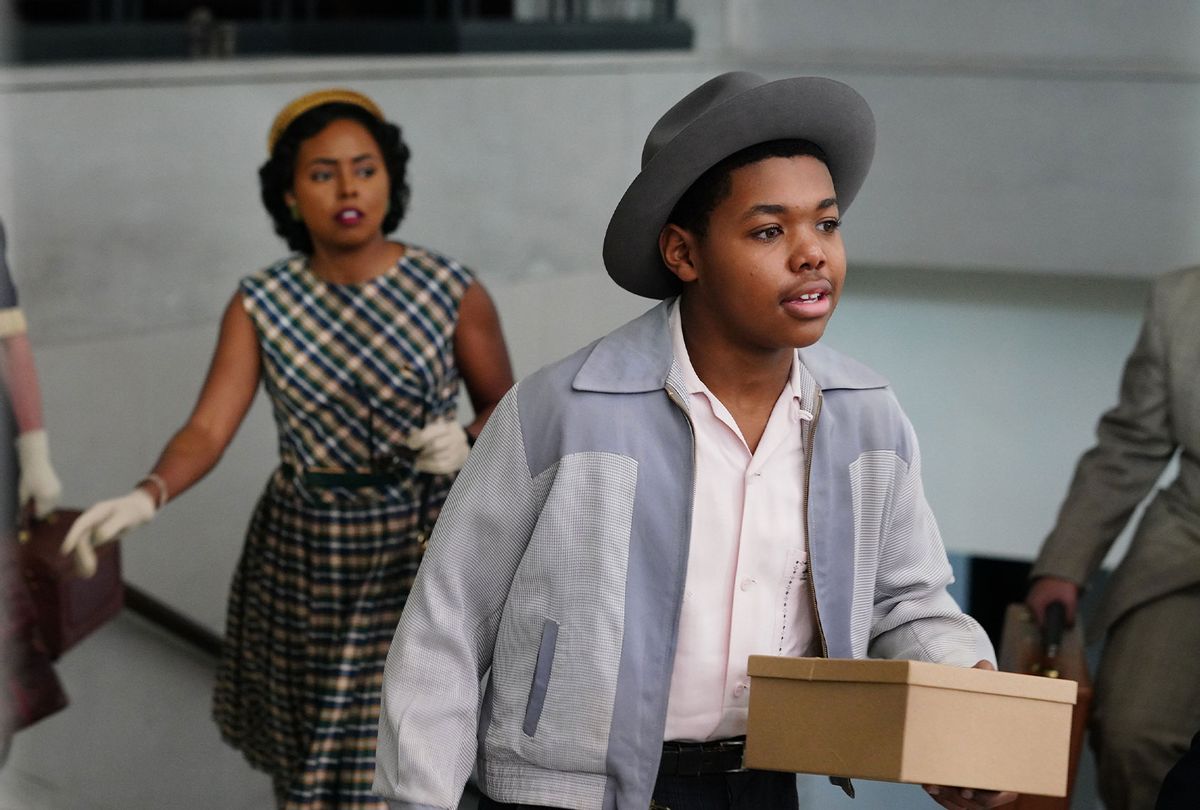 The six-part "Women of the Movement" is built around a distinct awareness that most of what we know about Emmett Till is encompassed in two or three images. One is a handsome photograph of the 14-year-old proudly sporting a stylish hat. Another shows the teen beaming brightly beside his mother, Mamie Till-Mobley, her arm draped around his shoulders.

The other, sadly seared into the common consciousness of anyone familiar with the Civil Rights movement, is the photo of his corpse – a body mutilated beyond recognition; his tortured flesh distended after spending three days at the bottom of the Tallahatchie River. Taken by a photographer from Jet Magazine which made history by publishing the heartrending pictures, that one has been reprinted scores of times.

Mamie Till-Mobley's decision to show the world what white racists did to her son drew national attention to Civil Rights Movement, expanding its base of support beyond the South. But the photo's wide circulation also meant that eventually Emmett became a symbol and a victim instead of remaining what he was: a boy sadistically ripped away from his mother.

All of this makes series creator Marissa Jo Cerar's decision to open the series with sound of Mamie (Tony Award-winner Adrienne Warren) weeping especially poignant, because these tears aren't caused by Emmett's 1955 murder. They're an accompaniment to birthing pangs.

As the title implies "Women of the Movement" primarily focuses on Mamie and her inspirational power, first as a mother and later as a material witness to crimes against mothers and children across the nation. And Warren is an apt custodian of Mamie's persona. evoking despair and hope simultaneous throughout these episodes in ways that hold you close.

She turns up the heat precisely where it needs to be in the moments to meet any insult to Emmett's legacy with a maternal sword and shield, centering her easy affection and genuine elation. Portraying a woman who never planned to become an activist requires such agility, and Warren gracefully traverses leagues of psychological territory within these hours.

Before we make that journey with her, Cerar and director Gina Prince-Bythewood take care to establish more about Emmett's personality and spirit that most accounts reveal. This is the highest service "Women of the Movement" performs, conveyed with assured sweetness by Cedric Joe.

Soon after scenes from his first minutes in this world, we settle in with Joe's performance of Emmett as charismatic Chicago boy who passes the time singing Motown hits outside his apartment building to impress the neighborhood girls. We see how close Emmett and Mamie are, how he's highly protective of her. When he pulls rank as the man of the house in reaction to Mamie's boyfriend Gene (Ray Fisher) dropping hints about proposing, not even his grandmother Alma (Tonya Pinkins) tries to correct him.

And these are the traits the series foregrounds, establishing Emmett as an innocent jokester with a stubborn streak. A kid who wasn't spoiled, but underestimated the difficulty of the field work his great-uncle Mose (Glynn Turman) expected of him during that trip to Money, Mississippi, a place that sparked his curiosity enough for him to beg Mamie to let him go down South for a visit.

Mamie did her best to prepare him on how to behave so he'd stay safe. But he was a goofball and a bit of a performer around his friends. Knowing these personality details layers more tragic coloring atop the crime that came after from Emmett's brief transaction with Carolyn Bryant (Julia McDermott) at the local market.

The precise events are disputed to this day, but the disproportional violence that resulted from Emmett allegedly whistling at Carolyn Bryant is fact. Eventually an episode shows the boy's mangled body, doing so respectfully. But long before that we connect to who Emmett was and the young man he was becoming.

Warren's portrayal keeps us focused on Emmett as a boy and a son. This, along with Joe's lightsome delivery and comportment, makes enough of an impression to cement his presence in scenes even when Emmett is only present in spirit and memory.

Since Emmett Till's story is one of justice denied, depicting the murder trial and media coverage surrounding the case is necessary. But this is also where "Women of the Movement" squanders a great deal of its momentum, since the focuses shifts away from Warren's Mamie and her family to take us inside discussions between reporters covering the case, including one played by Dan Byrd, as well as the attorneys involved (played by Timothy Hutton and Gil Bellows).

Not helping matters is the fact that every white actor playing a southerner sees fit to bust out unfortunate interpretations of regional accents that should come in a greasy bucket with a side of slaw and mashed potatoes. Regardless of this, the minutes spent with these characters in engaging in deep strategy meetings or jury deliberations draws the focus away from Mamie.

The time may have may have been better spent with the movement allies and supporters like Medgar Evers (Tongayi Chirisa) and his Regional Council of Negro Leadership Dr. T.R.M. Howard (Alex Désert), seen here in his capacity as a safe house host for Black journalists and witnesses connected to the case.

There's more to Evers, Howard and other known names featured in "Women of the Movement" than what we see here. Granted, there's no way to adequately cover the whole of their biographies within subplots written through these six hours, but discovering more of what they were like as people – details that have been amply chronicled over the years – would have been more aligned with the spirit of the overall theme.

These are small distractions, though, not enough to dilute the impact of muscular performances by Warren, Turman, Price and other core performers, augmented by surefooted directing by Prince-Bythewood, Kasi Lemmons, Tina Mabry and Julie Dash. Choosing Black women to visually sculpt another Black woman's story yields dividends witnessed in details, like Prince-Bythewood's immersive depiction of Mississippi's land, fields and waters in the opening episode, all warmed by a sunny golden filter.

Her lens reminds us that the alluring beauty of the place cannot be denied, regardless of Jim Crow laws and racist violence. Lemmons, Dash and Mabry maintain that sense of intimacy in their hours, even within courtroom scenes and backroom settings lit to accentuate the stifling air and actions unfolding within.

Although ABC asked reporters to tread lightly in going into details about the plot, people have been saying Emmett Till's name for nearly three quarters of a century because the history of his murder and the courtroom proceedings remains a common one. His case is the root of the reason people doubted the men who hunted and murdered Ahmaud Arbery would be found guilty. Like Alma tells Mamie, getting an indictment in Emmett's case was a miracle. But convictions don't happen, she said, for people like us.

Tragically that been proven time and again. Last month, the Department of Justice closed its cold case investigation into his murder after reopening it in 2017. "The Blood of Emmett Till" was published in that year, and within it author Timothy Tyson wrote that Bryant recanted her courtroom claim that Till made aggressive sexual advances toward her. Later, she denied having recanted to the FBI. She's still living in Raleigh, N.C. and has never been charged in this case.

Past ABC projects glimpsing at chapters in America's long, continuing struggle for justice and equality have been content to take that approach. "Women of the Movement" could have adopted the same didactic tones throughout, and at times it does, losing some of its winning dimensionality at a result. More frequently, it fulfills its aim of restoring Emmett Till's boyhood. And if this is the first effort of a planned anthology, it should make viewers optimistic to see what comes next.

The first two hours of "Women of the Movement" debut Thursday, Jan. 6 on ABC and streams the next day on Hulu. Watch a trailer for it below, via YouTube.