"We're 15 years too late": Endocrine-disrupting plastic additive BPA is still in everything

Sequestered in receipts, water bottles and human urine, humans know BPA is bad for us. Why can't we quit it? 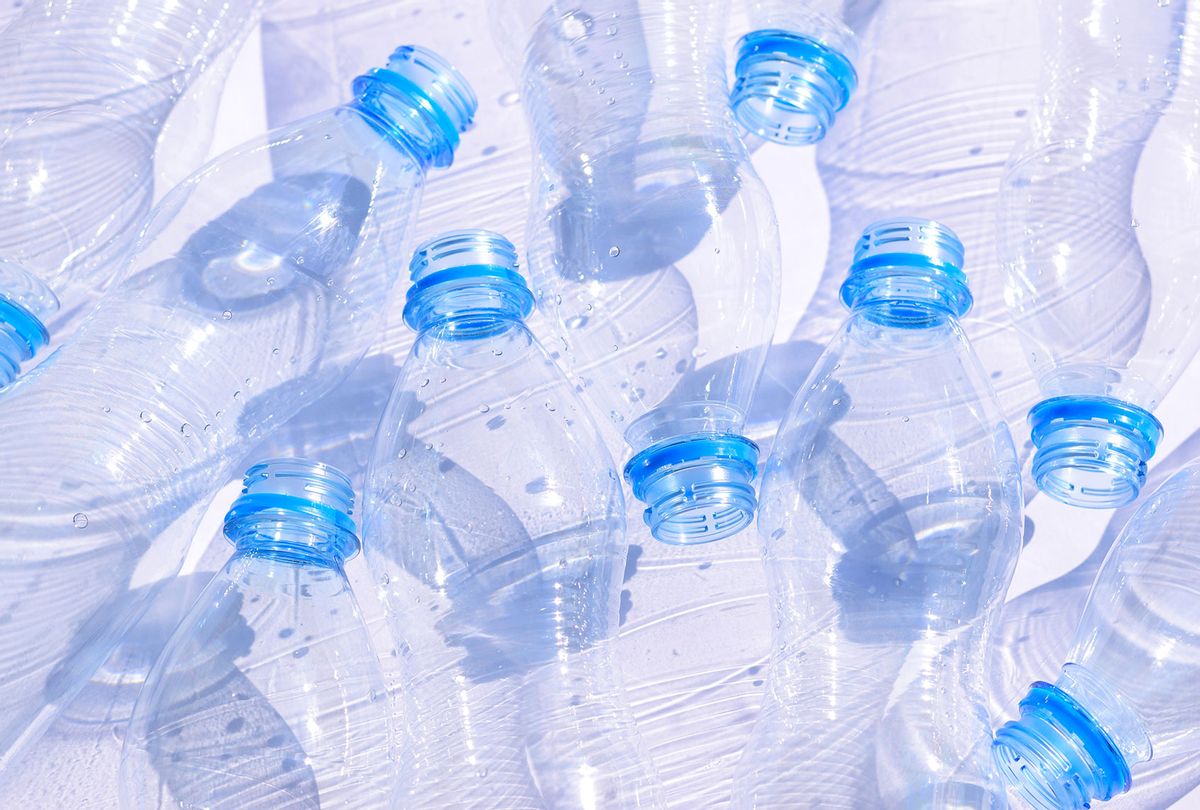 Shortly before 2021 came to a close, a little-known agency proposed some new safety standards that accidentally triggered serious questions about human health in the age of plastics.

More specifically, the European Food Safety Authority (EFSA) determined that a plastic additive called bisphenol A (BPA) needs to be dramatically reduced in our environment — that is, people should have their exposure to the chemical limited to no more than 0.018 nanograms per pound of body weight per day. This would decrease one's interactions with the pollutant by a factor of 100,000 from what they currently are.

In case you have been living in a part of the world that is untouched by plastic — which, it turns out, doesn't exist — BPA is everywhere, in all kinds of different plastics. Aside from some laws limiting its use in infant formula packaging and baby bottles, companies use it to make water bottles and food can liners, leftover containers and dishware, eyeglass lenses and household electronics, and even commercial receipts that come out of thermal printers. BPAs are in microplastics, or tiny plastic particles that you consume but rarely see because they are so small. And BPA is so ubiquitous that it gets inside our bodies before we are even born: one 2014 study detected the chemical in 75% of nursing mothers' breast milk, and in the urine of 93% of their infants.

This wouldn't be an issue if there weren't concerns about BPA affecting human health. (More on that later). Despite its ubiquity in the human body, and despite growing public awareness about plastic pollution, there are almost no meaningful regulations on BPA in the United States.

Many companies claim to be reducing their use of BPA, as observed in the recent trend of labeling cans and plastic bottles "BPA-free." Unfortunately, many of the replacements for BPA are equally bad, and some cause genetic defects, as Science previously reported.

Indeed, while many corporations say they are reducing the presence of BPA in consumer plastics, studies have cast doubt on whether they are telling the truth. Either way, there are no agencies to hold them accountable.

Who should Americans trust — the government agencies that, through their inactivity, imply that you should not be worried about BPA? Or the European regulators whose drastic new regulation indicates that you should?

Part of the challenge is that chemistry is not as precise in its conclusions as would be convenient for the general public.

"First, let's address some of the 'baggage' that comes from studying chemicals the ways that we do... when we want to know something 'for sure,' that's sort of a nice way of saying that we've proven​ a link between X and Y," Dr. Laura N. Vandenberg, a professor at the Department of Environmental Health Sciences at the University of Massachusetts–Amherst, told Salon by email. "But to a scientist, we never actually prove anything, we merely determine the strength of the evidence that X can cause Y. This means that there's always the chance that new evidence would change our minds — tip the scales, so to speak, for the strength of the evidence."

That is why, when it comes to BPA, there is always a chance that the existing body of research is wrong and more evidence will come out revealing it to be innocuous. For right now, however, the scientific material is sobering.

"As for BPA, let me say this: for many, many effects of BPA, the evidence is overwhelming that is causes harm," Vandenberg explained. "It would be extremely unlikely that a new study, or even many new studies, would overturn that conclusion." Vandenberg specifically pointed to research on how BPA seems to damage the brain and metabolic health, as well as experiments on rodents which suggest links with prostate and mammary gland diseases.

"Some of these effects are harder to look at in human populations because, for example, there would be a 20-50 year lag between a fetal BPA exposure and an increase in breast cancer," Vandenberg told Salon.

"As an endocrinologist and a scientist doing research on endocrine-disrupting chemicals (EDCs) such as BPA, the new regulations are a step in the right direction," Dr. Andrea C Gore, Professor and Vacek Chair in Pharmacology at the University of Texas at Austin, wrote to Salon. "There is simply no such thing as a 'safe' dose of any chemical known to disrupt hormones. The endocrine system evolved to be extraordinarily sensitive to natural hormones, and as a result, it is also sensitive to infinitesimally small amounts of hormone-disrupting chemicals." In Gore's opinion, regulators should not try to find acceptable minimums for these chemicals, but ban them outright.

"BPA studies in animals consistently demonstrate cause-and-effect relationships with abnormalities of reproduction, behavior, metabolism, and others," Gore explained. "Although we can't prove cause-and-effect in humans, epidemiological (population) studies are consistent with the experimental data."

You might think that a story such as this would make headlines, but as with Big Tobacco fighting nicotine regulations and Big Oil fighting climate change regulations, the various industries that use BPA engage in a practice known as "manufacturing doubt." This is when an industry begins to raise spurious points criticizing the scientific body of evidence proving that something they want to do should be curtailed, whether through the law or other means. They will find sympathetic researchers to give them industry-friendly conclusions, smear people who bring up science as "opponents" and overall make a cut-and-dried scientific fact seem like a "controversy" to the general public.

While BPA hasn't garnered the headlines of nicotine or carbon pollution, the polluters have still benefited from the dynamics of manufacturing doubt.

"For 25 years we have been seeing 'manufacturing of doubt' by the producers of BPA and by many of the companies using the chemical in their packaging, to prevent regulators banning this chemical in food packaging," Jane Muncke of the Food Packaging Forum, a nonprofit foundation that studies chemicals in all food packaging materials and their impacts on health, told Salon by email. "This ranged from making fun of scientists who issued the alarm and share their concern to hostile attacks, threats and attempts to 'buy out' academics and prevent them from publishing their work. It would make a great Hollywood movie!"

Even when they do not try to wrongly smear the science, the various industries will sow doubt by making it seem like they're doing the right thing when in fact they are not.

"Some have just switched from BPA to BPF [bisphenol F] or BPS [bisphenol S], placed a label 'BPA-free' on their products and peddled the new, equally hazardous chemical to the world," Muncke explained. "This is called 'regrettable substitution' (in polite circles), but one could imagine other more explicit terms. It's basically taking people for a ride."

Even companies that sincerely try to replace BPA struggle with the fact that we still do not know whether their alternatives are actually safer.

"The best way to eliminate BPA is to switch to alternative packaging, ideally reusable and made from inert, non-migrating materials – or to eliminate packaging altogether," Muncke concluded.

Vandenberg had a similar idea, noting to Salon that there are plenty of ways that people could do away with BPAs and not even really notice the difference.

"BPA is widely used in thermal papers used for receipts," Vandenberg observed. "Do you actually need a hard-copy receipt for every purchase? Certainly not, and this is why some groups are substituting electronic receipts. Thus, thinking in a new way about products and the job those products are intended to do can lead us to more creative solutions. That can take us beyond the whack-a-mole approach of pick-a-chemical, find out it's bad, pick-another-chemical that we're reliant on right now."

Sadly, this thinking may have already come too late for millions of people.

"In my view, the weight of the evidence tipped the scales against BPA more than 15 years ago," Vandenberg wrote. "Think of what that means — an entire generation of children were exposed to this chemical at levels that we, scientists, knew would likely cause them harm."