Evan Rachel Wood alleges Marilyn Manson raped her on camera: "No one was looking after me"

In a documentary debuting at Sundance, the "Westworld" actor claims the abuse occurred while shooting a music video 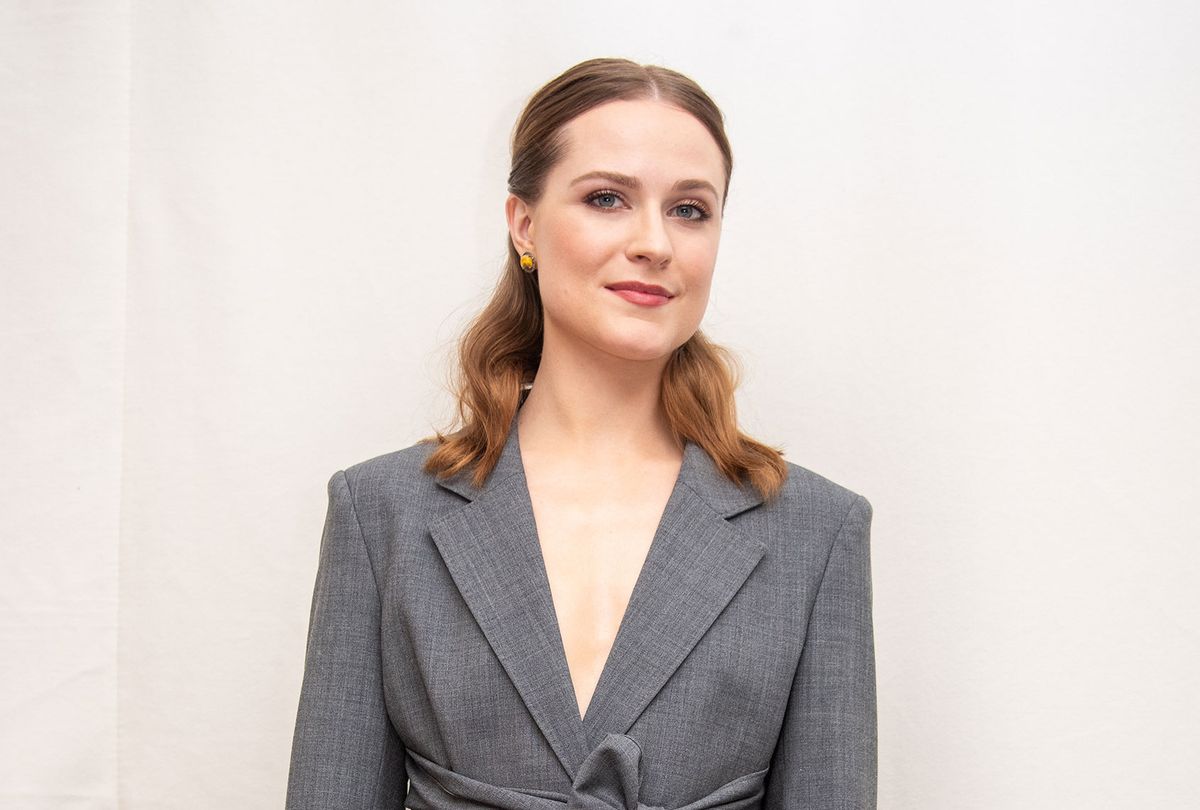 Evan Rachel Wood has revealed more about her allegations of sexual abuse against Marilyn Manson, this time through a powerful documentary.

In the first part of her two-part documentary "Phoenix Rising," the actor and musician alleged that she was "essentially raped on camera" by Manson while filming his 2007 music video "Heart-Shaped Glasses," Variety reported.

"It's nothing like I thought it was going to be," Wood said in the documentary, which premiered Sunday night at the Sundance Film Festival, per Rolling Stone. "We're doing things that were not what was pitched to me. We had discussed a simulated sex scene, but once the cameras were rolling, he started penetrating me for real. I had never agreed to that . . . It was complete chaos. I did not feel safe.

"No one was looking after me. It was a really traumatizing experience filming the video," she continued. "I didn't know how to advocate for myself or know how to say no because I had been conditioned and trained to never talk back — to just soldier through. I felt disgusting and that I had done something shameful and I could tell that the crew was uncomfortable and nobody knew what to do."

In the music video, Wood wears a pair of heart shaped sunglasses that resemble the shades worn by Vladimir Nabokov's titular character, Lolita, in the 1962 Stanley Kubrick film adaptation of the same name. The "Westworld" star also engages in sex with Manson while fake blood rains down on the pair.

In "Phoenix Rising," Wood claims she was fed absinthe on set until she was "barely conscious to object when Manson had sex with her on camera," according to Variety.

"I was supposed to tell people we had this great, romantic time and none of that was the truth," Wood added. "But I was scared to do anything that would upset Brian in any way. The video was just the beginning of the violence that would keep escalating over the course of the relationship."

Wood and Manson's relationship became public in January 2007 — at that time, Wood was 19 years old while Manson was 38. The pair was engaged in 2010 but ended their relationship seven months later.

In 2018, Wood testified before the House Judiciary Committee about her experiences with sexual assault and abuse: "It started slow but escalated over time, including threats against my life, severe gaslighting and brainwashing, [and] waking up to the man that claimed to love me raping what he believed to be my unconscious body," she said in her testimony. "And the worst part: Sick rituals of binding me up by my hands and feet to be mentally and physically tortured until my abuser felt I had proven my love for them."

"The name of my abuser is Brian Warner, also known to the world as Marilyn Manson," Wood wrote in her post. "He started grooming me when I was a teenager and horrifically abused me for years. I was brainwashed and manipulated into submission. I am done living in fear of retaliation, slander, or blackmail. I am here to expose this dangerous man and call out the many industries that have enabled him, before he ruins any more lives. I stand with the many victims who will no longer be silent."

The first part of "Phoenix Rising" focuses on Wood's family life and her relationship with Manson. The two-part documentary is slated to air in its entirety later this year on HBO, according to Rolling Stone.