On Monday, the singer apologized for impugning Swift's skill but continued to blame the music critic who quoted him 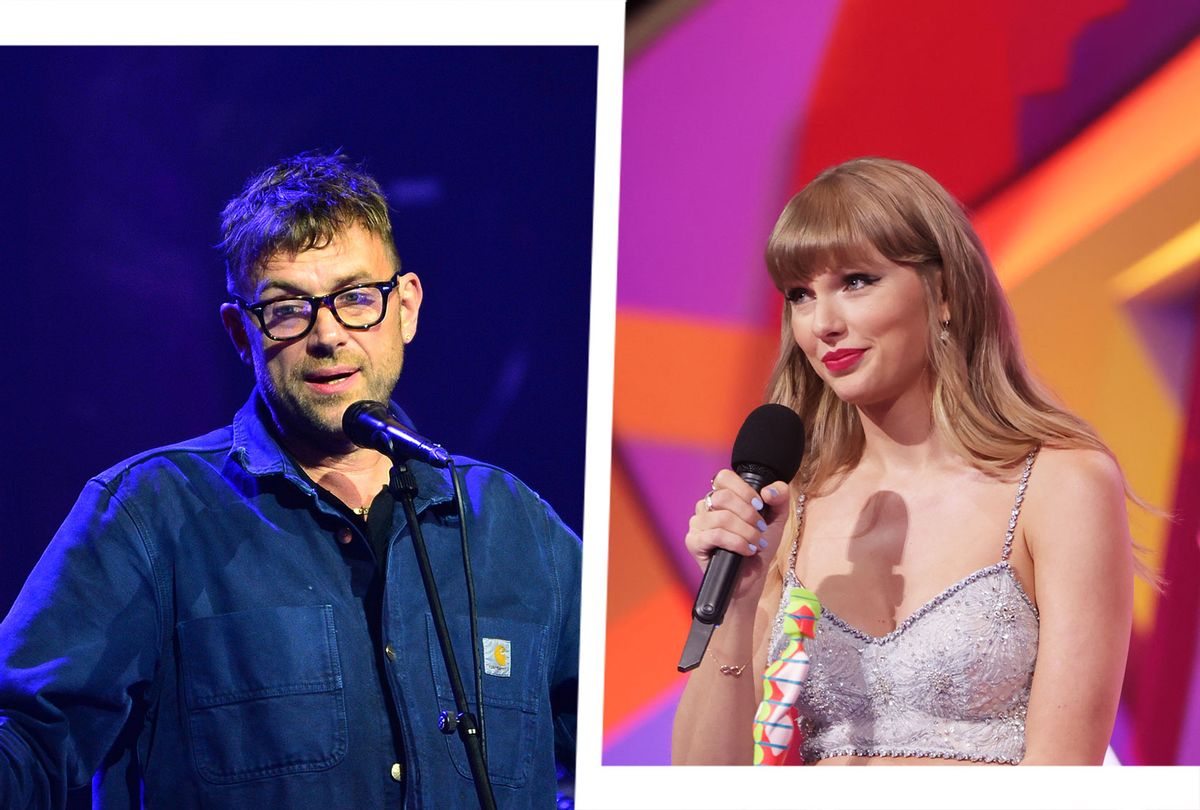 Instead of owning up to what he said, Blur frontman and Gorillaz co-founder Damon Albarn has continued to throw a journalist under the bus.

During his Walt Disney Concert Hall show on Monday, Albarn revisited his previous comments about singer-songwriter Taylor Swift, asserting that they were "misrepresented" in the Los Angeles Times.

To recap, in the Sunday article, Albarn claimed that Swift "doesn't write her own songs" after music critic Mikael Wood noted that the pop singer was a talented songwriter.

"That doesn't count. I know what co-writing is," Albarn said. "Co-writing is very different to writing. I'm not hating on anybody, I'm just saying there's a big difference between a songwriter and a songwriter who co-writes. Doesn't mean that the outcome can't be really great.

"A really interesting songwriter is Billie Eilish and her brother," he added. "I'm more attracted to that than to Taylor Swift. It's just darker — less endlessly upbeat. Way more minor and odd. I think she's exceptional."

RELATED: A skeptic reconsiders Blur: "The Magic Whip" could be their "White Album"

On Monday, Swift responded to Albarn's remarks via Twitter, stating, "I was such a big fan of yours until I saw this. I write all of my own songs. Your hot take is completely false and so damaging. You don't have to like my songs but it's really f**ked up to try and discredit my writing. Wow."

Albarn swiftly responded with an apology, also on Twitter.

"I totally agree with you," he tweeted. "I had a conversation about songwriting and sadly it was reduced to clickbait. I apologize unreservedly and unconditionally. The last thing I would want to do is discredit your songwriting. I hope you understand."

Antonoff — who collaborated with Swift on her fifth studio album "1989," her eighth studio album "Folklore" and additional projects — tweeted, "I've never met Damon Albarn and he's never been to my studio but apparently he knows more than the rest of us about all those songs Taylor writes and brings in . . . if you were there, cool go off. If not, maybe shut the f**k up?"

In a separate tweet, Morris simply said, "Writing songs with songwriters means you're a songwriter."

To be clear, Albarn doesn't deny actually saying the comments. Instead, he somehow blames Wood for doing his job and using provocative quotes that are on record . . . and for a tweet that the Los Angeles Times posted with an excerpt of those quotes. In the same article, Albarn also took shots at the Rolling Stones ("I'm not into how beloved you become of the smell of your own farts. The greatest exponent of that is the Rolling Stones, who just couldn't let it go. It's disappointing") and the Beatles ("I'm not watching 17 hours of the Beatles rehearsing.")

But sure, claim you're the injured party when you're the one doing the slinging. At his recent concert, Albarn dedicated a song to Wood, but not without once again playing the victim.

In a Twitter video posted by one of the show's attendees and cited by Variety, Albarn pokes fun at Wood and states, "Before he cast me into the social media abyss," Wood asked if he would play "Song 2," Blur's 1997 single on their eponymous fifth studio album. Albarn had initially refused, but ultimately performed the song and dedicated it to Wood at Monday's concert.

Albarn is used to saying what he wants, once labeling Adele as "insecure" after recording with her. The difference now is that he didn't expect the amount of backlash that comes with attacking Taylor Swift, her fans and collaborators. Also, it's somewhat ridiculous to claim that she doesn't write her own songs when that's pretty much the hallmark of her appeal.