The variant, known as BA.2, has been identified in over 40 countries and seems to spread very quickly 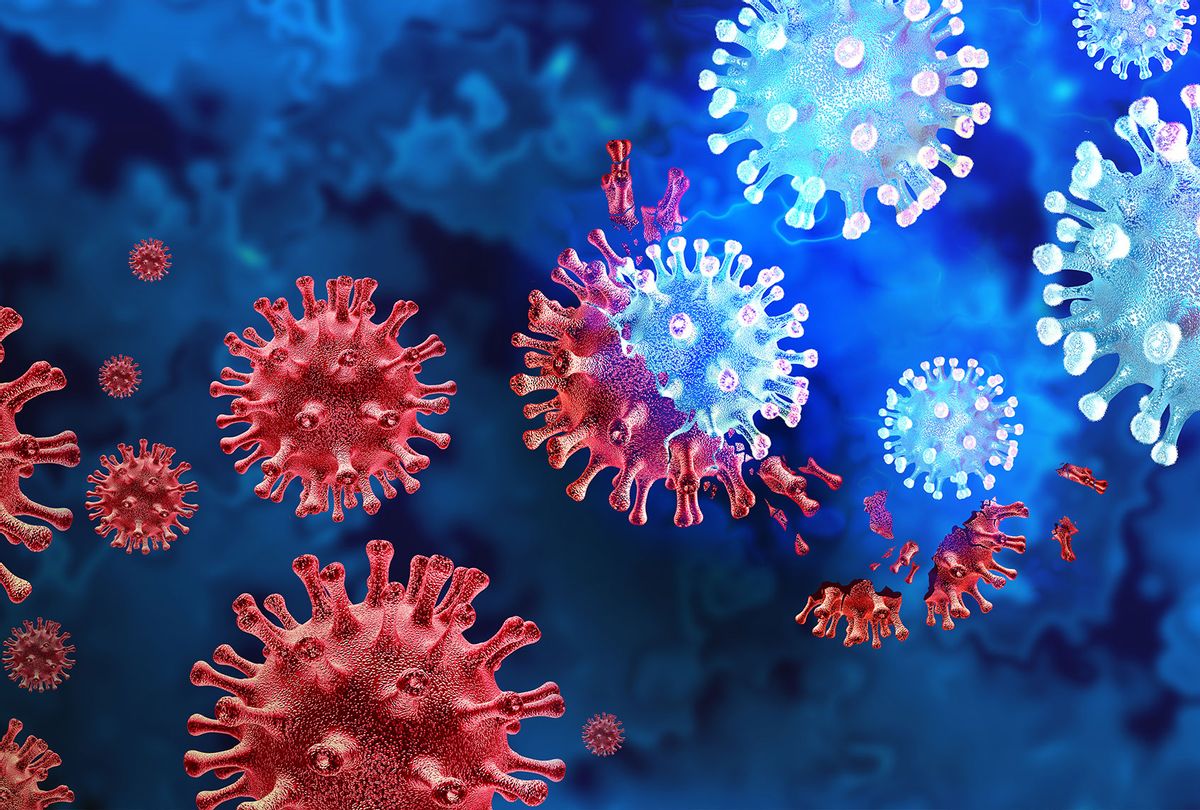 As the omicron variant became the dominant strain in the COVID-19 pandemic, scientists began to nervously observe that we knew very little about its origin. If this unusually vaccine-evasive and infectious mutant can arise seemingly out of nowhere, they warned, it is entirely possible that another related virus might pop up and surprise everyone. Some even speculated that omicron itself could mutate into a new virus that would present a different range of problems for scientists trying to study them.

New reports from California reveal that this last warning may have been prophetic.

The California Department of Health confirmed on Tuesday that it had identified 11 cases throughout the state of BA.2, a sub-variant of omicron. At the time of this writing, 96 people around the country in total have been diagnosed with the BA.2 sub-variant in the United States. The World Health Organization (WHO) has dubbed the strain a "variant of concern," or a virus that will spread more rapidly, hinder public health precautions more effectively or in some way prove to be more dangerous than other forms of the SARS-CoV-2 virus (which causes COVID-19). Unfortunately, there are early signs it may be more transmissible than the earlier strain of omicron (now known as BA.1), as Imperial College London virologist Tom Peacock opined on Twitter.

"Any variant that proves to be able to transmit more efficiently will cause more cases, and therefore likely more hospitalisations," Pam Vallely, a professor of medical virology at the University of Manchester, told Newsweek. "But we cannot infer anything meaningful from the limited data available for this variant so far."

That paucity of data is precisely the problem, and is why United States health authorities are joining with the World Health Organization to urge scientists to learn more about the new bug.

"We know that omicron … can clearly evade preexisting immunity" both from COVID-19 vaccines and from exposure to other COVID-19 variants, James Musser — director of the Center for Molecular and Translational Human Infectious Diseases Research at Houston Methodist — told The Washington Post. "What we don't know yet is whether son-of-omicron does that better or worse than omicron. So that's an open question."

Until more information comes to light, scientists also urge the public to avoid overreacting. After all, it is not surprising that a new variant has emerged, and the fact that it has happened does not automatically mean that the pandemic is going to take another turn for the worse.

RNA viruses like SARS-CoV-2 have relatively malleable genetic codes, prone to mutation; indeed, every time they enter a host's cell and replicate, there is a chance that mutations will occur. This is not always a bad thing, as natural selection tends to favor viruses that are highly transmissible and not those that are necessarily deadliest. While a virus does not "care" if its host dies (viruses are almost certainly not self-aware), it does not receive any intrinsic selective advantage from being deadlier. (Deadliness can actually be a hindrance to a virus, as killing one's host isn't always a great strategy for reproduction.) Hence, a new dominant strain of SARS-CoV-2 could, in theory, wind up being more innocuous than its counterparts.

Scientists also point out that, unlike when the COVID-19 pandemic first broke out, scientists today have a lot of tools for fighting this particular infectious disease.

"I don't think it's going to cause the degree of chaos and disruption, morbidity and mortality that BA.1 did," Dr. Jacob Lemieux, an infectious disease specialist at Massachusetts General Hospital in Boston, told USA Today. "I'm cautiously optimistic that we're going to continue to move to a better place and, hopefully, one where each new variant on the horizon isn't news."

For the time being, the world will have to wait before it can learn exactly what BA.2 holds in store, with public health officials urging the public to not take anything for granted.

"There are different scenarios for how the pandemic could play out, and how the acute phase could end – but it is dangerous to assume that Omicron will be the last variant, or that we are in the endgame," WHO Director-General Tedros Adhanom Ghebreyesus said earlier this week in a statement to the public.