V.C. Andrews felt she had "prophetic powers": Longtime ghostwriter on "Flowers in the Attic" author

Andrew Neiderman on becoming the ghostwriter for V.C. Andrews, who created her own genre of horror, love & tragedy 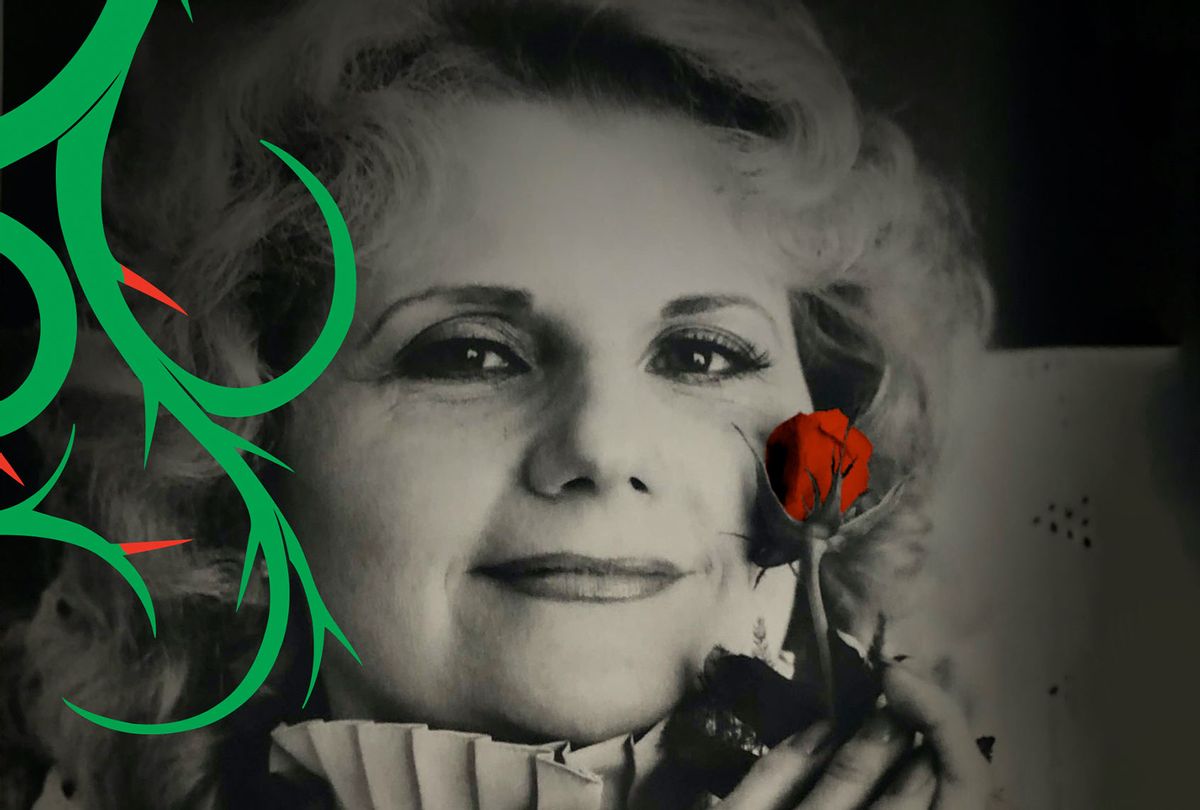 The Woman Beyond the Attic: ﻿The VC Andrews Story (Photo courtesy of Simon & ﻿Schuster)
--

V.C. Andrews, born Cleo Virginia Andrews on a date she liked to keep secret, is "one of the most popular authors of all time," according to her publisher, Simon & Schuster. Her first and most famous book "Flowers in the Attic" has sold more than 40 million copies, and has been made into multiple film and TV adaptations, including a 2014 Lifetime movie starring Kiernan Shipka, Ellen Burstyn and Heather Graham.

"Flowers in the Attic," the story of four children imprisoned in the attic of their controlling grandmother's house, suffering abuse from both her and their duplicitous mother, was published in 1979, when Andrews was in her mid-50s. Her first career had been as a visual artist. According to a new book by Andrew Neiderman, "The Woman Beyond the Attic," Andrews chose both art and writing purposefully, because it was work she could do from home.

Andrews lived at home in Virginia with her mother Lillian all of her life. She had a disability — likely, congenital issues such as arthritis and bone spurs — that worsened after a fall at school when she was a child. A series of surgeries did not correct the issues but instead, further limited her mobility. The only way she could write was by standing up. Andrews was never exactly clear about her disability in interviews, but took care, prompted by her mother, to hide it. And she hid herself away, writing.

Related: 10 facts about V.C. Andrews's "Flowers in the Attic"

She never married and died of cancer in 1986, less than a decade after the publication of her first blockbuster novel, which had come to her in a dream. Upon her death, she had seven novels published, but also left several unfinished manuscripts. Neiderman, a popular writer of thrillers, including "The Devil's Advocate," was brought on to finish that work. He did, and since then has published more than 70 books as a ghostwriter while writing and publishing more than one hundred books under his own name.

"The Woman Beyond the Attic" details Andrews' life before, during and after "Flowers in the Attic." Salon interviewed Neiderman about the book and V.C. Andrews.

What was your relationship to V.C. Andrews' work like before you undertook ghostwriting her later novels? Had you read her before? Why did you decide to take on the role of ghostwriter?

I hadn't yet read any V.C. Andrews, but my wife and most of the reading public was excited about her and "Flowers in the Attic." I had been writing thrillers that involved young people like her characters and one of my novels "PIN," had a very V.C. Andrews family world: obsessive mother and unemotional doctor father, plus incestuous innuendoes between the brother and sister. Another of my novels, "Brainchild," was actually read and endorsed by V.C. Andrews. It reversed "Flowers in the Attic": a young brilliant girl traps her parents in their home. V.C. and I, as the biography tells, had the same agent who was responsible for my becoming the ghostwriter and for discovering V.C. Andrews. I actually auditioned with a short piece that won over the agency and publishers.

I found the taking on of ghostwriting an incredible challenge, and because we had written similar characters and I was teaching creative writing, I felt confident I could do it. Side note: I never met V.C., obviously, but I met her mother whose only comment to me was "You'd better do a good job."

In one of my favorite passages of "The Woman Beyond the Attic," you write, "Perhaps visions and dreams were another reason Virginia would eventually be drawn to writing fiction. In a real sense, the author of a novel must see the future for his or her characters." I know that my best ideas as a writer have come to me in dreams, but Andrews believed herself to be clairvoyant. Could you talk about the role of that belief on her fiction?

V.C. Andrews did believe she had prophetic powers or ESP. She claimed to have predicted her father's death and after that, every time she started to predict something, her mother told her to stop or ran off. V.C. wrote that she enjoyed the godlike role an author plays with his or her characters. She even talked about living through them since she herself was so restricted, so her belief in her own predictive powers helped her to envision where characters would go in a story . . . That's a quality every writer must to some extent possess.

You're the author of over 100 published novels, not to mention a screenplay, libretto and stage adaptation. How did you balance ghostwriting in Andrews' voice and writing your own books?

I usually say, "That's a mystery," but the truth is, I wrote three novels a year for years. In the early days, I actually worked on two different computers, one reserved only for V.C. stories. I think I talked myself into it, but literally, I would turn my chair and get into the V.C. voice. It's an ability I have and one that has enabled me to be prolific. I'm constantly challenged by characters and what I call the "What if" question. That means I see something in real life and ask myself what if this happened or that and then find a character to carry it forward. It was no different for V.C. novels in that sense. My Neiderman novels were and are more graphic, sexier and more violent, but the line is becoming more and more blurred as time goes on.

Can you talk about genre and V.C. Andrews? You write that she "avoided descriptions of herself as a horror writer in later interviews" but she described "Flowers in the Attic" as "Basically, a horror story." And she disliked romance, due to the lack of excitement and graphic sex in those books at the time. How would you classify her books?

I think V.C. Andrews is now a genre all to itself. It is a combination of horrific actions, romance and personal tragedy. It is written in a truly innocent's voice which ironically makes the terror more horrific so whether she intended it or not, she was crossing into horror, just not any supernatural. I believe that true horror, meaning realistic, is more terrifying because readers can identify with it whereas they enjoy ghosts and creatures, but they realize they're not in real life.

How did ghostwriting as Andrews change your writing?

Ghostwriting made me more cognizant of style and more prolific with my own work, meaning Neiderman titles, because I could now add a layer to them that I hadn't before, the innocent eyes and the family secrets and madness. I'm someone who just enjoys writing so ghostwriting gave me another opportunity, a very big one.

When I was a child, my mother wouldn't let me read "Flowers in the Attic" and so it took on this huge power in my mind. I remember looking longingly at the covers of V.C. Andrews paperbacks for sale at the grocery store checkout. It feels as if perhaps it is less taboo now to write about some of the things that Andrews did in the late '70s and '80s, like child abuse and sexuality. How do you think Andrews' work can speak to younger generations today?

It's universal and timeless, i.e. sibling rivalry, mother-daughter jealousies, father indifference and cruelty and family dysfunction, maybe more today than ever. I'm sure there are more divorces and abuses of children today than when V.C. wrote. The issue is to make it seem contemporary even though it's ageless. It is said there are only three plots: Man against Man, Man against Nature, and Man against himself — man being both man and woman. V.C. incorporates it all and in that sense, is timeless.