Republicans in Congress were in on Trump's coup plot 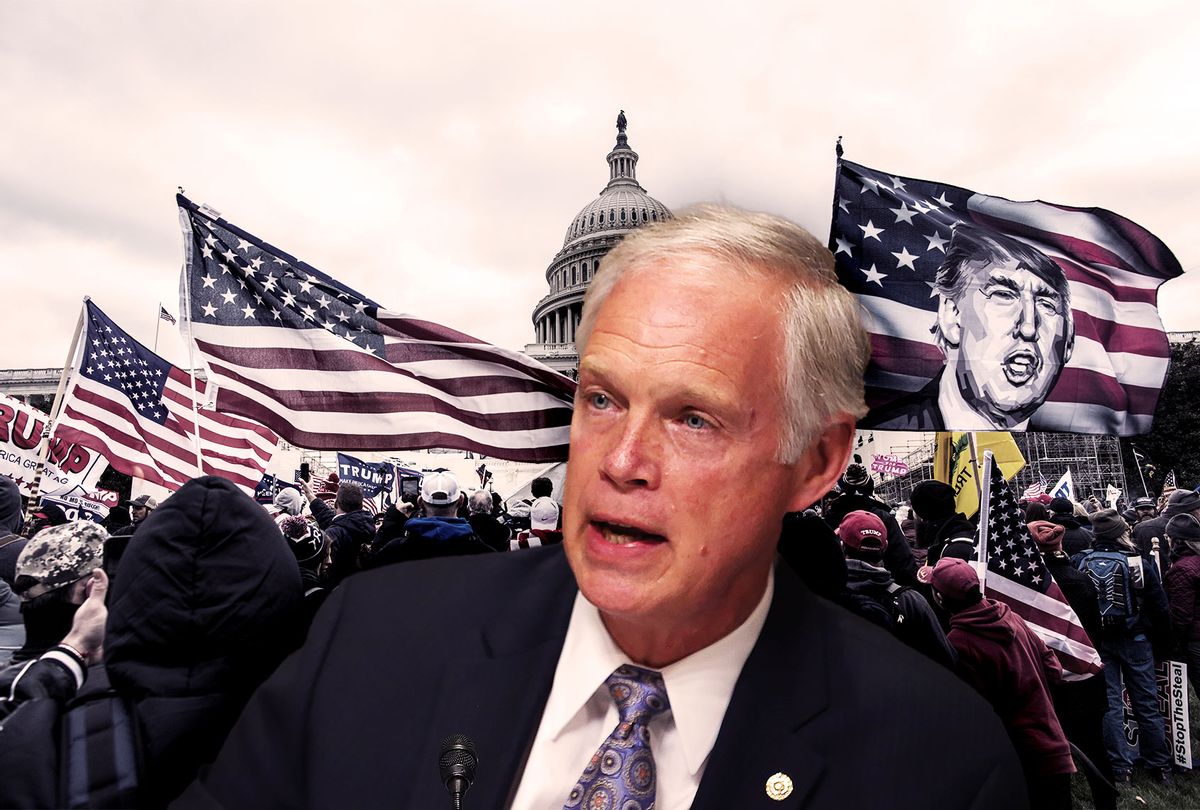 Two and a half years ago, Special Counsel Robert Muller submitted his report in which he declared that Donald Trump did not engage in a criminal conspiracy with agents of the Russian government who had interfered in the 2016 election on his behalf. Numerous members of Trump's campaign were indicted on various related and unrelated charges, but the special prosecutors were never able to gather enough evidence of a conspiracy. While Trump had behaved in extremely suspicious ways, investigators simply couldn't prove that he knew what the Russian government was doing.

Trump went on to spend his entire term committing overt acts of corruption, combining his business with his duties and openly defying all ethical restrictions against conflicts of interest. He blatantly obstructed justice many times and was even impeached for abusing his power by attempting to sabotage his political rival's presidential campaign. He broke the law repeatedly and got away with it every time.

So why wouldn't he engage in a conspiracy to interfere with the peaceful transfer of power and overturn the election he lost?

That is exactly what has come into focus this week as one revelation after the other implicating him in such a conspiracy is reported. And it's also become clear that there were many people who were aware of what Trump and his co-conspirators were doing, yet none of them sounded the alarm. I don't know if that makes them accomplices in a legal sense but it certainly makes them shamefully unethical.

All week, I've been writing about the latest developments, from the contemptible comments Trump made at his rally last weekend — dangling pardons to insurrectionists and summoning the mob to take to the streets if anyone tries to hold him legally accountable for his criminal acts — to the reports that he had contemplated issuing Executive Orders to seize the voting machines. Every day brings new details, each one more stunning than the last.

To recap the week: We learned that Trump had asked then-Attorney General Bill Barr to have the Department of Justice seize the voting machines in states in which he thought he could overturn the results. Luckily, he was told that would be illegal. It was then revealed that his former national Security Adviser, Gen. Michael Flynn (Ret.), and his lawyer, Sidney Powell,  had tried to persuade him to order the Pentagon to seize the voting machines in those same states and that he directed his lawyer Rudy Giuliani to get the Department of Homeland Security to do it. He was talked out of this each time, but it took a massive effort to get him to back off of these daft plans.

RELATED: Donald Trump's having an awful week — and it's only Wednesday

On Thursday the Washington Post reported that there was yet another plot brewing around the same time — and it's just as nuts as the others:

The memo used the banal language of government bureaucracy, but the proposal it advocated was extreme: President Donald Trump should invoke the extraordinary powers of the National Security Agency and Defense Department to sift through raw electronic communications in an attempt to show that foreign powers had intervened in the 2020 election to help Joe Biden win. Proof of foreign interference would "support next steps to defend the Constitution in a manner superior to current civilian-only judicial remedies," argued the Dec. 18, 2020, memo, which was circulated among Trump allies.

The "next steps" were almost certainly the seizing of the voting machines.

This is the same day Flynn and Powell sneaked into the White House to argue that Trump should issue a national security Executive Order that would activate the military to seize the voting machines. Whether any of this was connected with that or if it was a separate plot is unknown but suffice to say that there were multiple people involved in trying to get those voting machines and this certainly appears to have been yet another attempt.

This memo arguing to deploy the NSA to sift through electronic communications involved some new people who have not previously been identified, including a former Trump National Security Council member by the name of Rich Higgins. You may have heard of Higgins — he was the guy who was forced out for making the charge that globalists, Islamists, and other forces within the government were subverting President Trump's agenda. The plot also involved a lawyer for the Army who not very convincingly claimed to the Post that he knew nothing about any of it and a former Republican candidate for Congress from Virginia.

Keep in mind that one of the live theories that was floating around at the time was "Italygate," which held that an Italian defense contractor and the CIA had penetrated the voting machines and changed the votes from Trump to Biden. (You may recall that at one point Sidney Powell called up the Pentagon and demanded that they send in a special forces crew to rescue CIA director Gina Haspel whom she said had been taken into custody while on a covert operation to destroy the evidence. I'm not kidding.)

Needless to say, using the NSA for this purpose is completely outrageous not to mention illegal. There's no indication that Trump himself was involved in this particular plot although he was certainly on board with the voting machine seizure idea, so who knows? But according to the Post, there were other high-level government officials who definitely knew about it. Republicans Sens. Kevin Cramer of North Dakota, Ron Johnson of Wisconsin and Cynthia M. Lummis of Wyoming were all invited to a meeting at the Trump Hotel by Mr. My Pillow, Mike Lindell, where the conspiracy theory that there was foreign interference in the election and the notion of seizing the machines came up again. After that meeting, Cramer and Johnson were sent a copy of that memo outlining the use of the NSA to search for evidence. Apparently, GOP members of the House were briefed on all of this as well.

We already knew that the White House Chief of Staff Mark Meadows had tried to enlist the DOJ to investigate this inane "Italygate" conspiracy theory and it was previously reported that GOP Sens. Mike Lee of Utah and Lindsey Graham of South Carolina "vetted" the fraud claims, even going so far as to call people around the country to verify them. In fact, it's fair to assume that most of the GOP members of Congress were aware of the machinations that were happening in and around the White House because it's so crazy that word almost certainly got around. Quite a few were being heavily lobbied by the president and Rudy Giuliani to object to the count on January 6th.

Not one of them spoke up and alerted the public about what was going on. Cramer is the first to go on the record at all and it took him well over a year to do it. They all knew that Donald Trump was plotting a coup and they said nothing. Again, I don't know if it's illegal for an elected official to stand by passively as someone plots to overthrow the government but I know it should be.