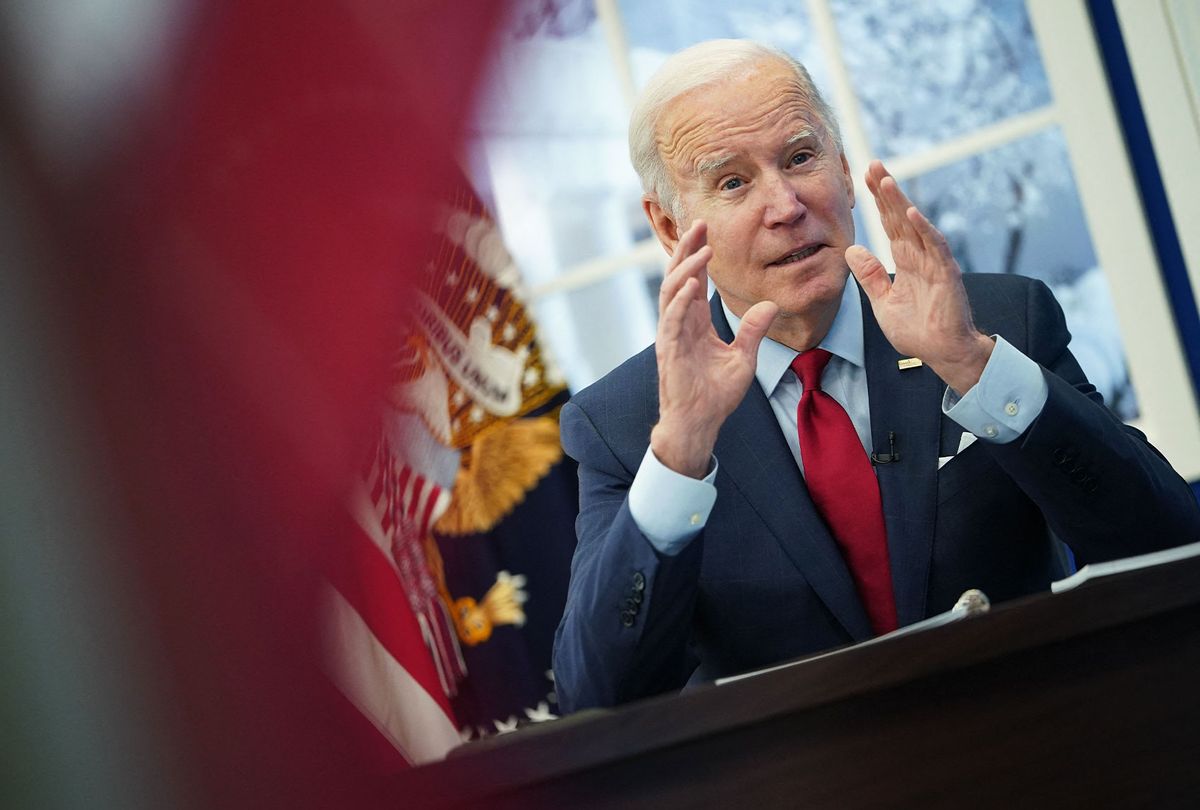 The prostate cancer drug Xtandi, discovered with taxpayer money from the National Institutes for Health and the US Army, is sold in the US by Japanese company Astellas Pharma at five times the price it is sold in Japan. The cancer treatment retails at $130 per 40mg capsule — which mean that unless the roughly 250,000 US men who suffer from prostate cancer have good health insurance, they will pay nearly $190,000 per year for the lifesaving cancer treatment.

That price tag might seem absurd for a drug invented by the public sector. And indeed, there is actually a law on the books already that could be called upon to stop Americans from being ripped off. Unfortunately, past administrations have refused to use it.

In 1980 Congress passed the Bayh-Dole Act, which gave universities, research institutions, and pharmaceutical companies the right to own and commercialize the patents to inventions developed with federal funding. Since its enactment, the law has been hailed as a huge success for fostering partnerships between public and private institutions that has brought several novel drugs to market. The problem, however, is that although many new medicines have been developed, pharma companies price the new drugs at a rate beyond the means of most Americans.

Included in Bayh-Dole was a provision known as "march-in rights" that would allow the federal government to intervene if the inventions developed with government funding were not made available to the US people "on reasonable terms." Frustratingly, the drafters of the bill never define what they meant as "reasonable"; but a reasonable mind would assume this means that the average American could access and afford medicine he or she already paid for once with tax dollar research money.

In the 40 years since the enactment of Bayh-Dole, a lot of Big Pharma lobbying money has been spent to make sure drug prices are anything but reasonable. Americans pay on average 2.56 times more for prescription drugs than other developed countries, despite the fact that the US government, through the National Institutes for Health (NIH), is the single biggest funder of medical research grants in the world with a 2021 budget of almost $52 billion. The money has poured into almost every drug on the market — all 210 drugs approved by the FDA between 2010 and 2016 received NIH funding totalling $100 billion. And drug companies rely on that funding to develop drugs, even if they don't take the money directly from the NIH.

A common practice is that public money goes to funding groundwork research that is later bought by a start-up biotech and then sold for huge dollars to Big Pharma. According to Bayh-Dole's provisions, when the pharmaceutical company buys the government-funded research, they also get the patent that goes with it. The drug company then performs the finishing touches of the last phases of clinical trials and then packages up the medicine and sells it to Americans at stupid prices. The march-in rights were put in place to prevent that last part.

To date the march-in orders have never been used, despite multiple petitions to Health and Human Services (HHS) for the government to step in. Robert Sachs, a retired attorney and consultant with advanced prostate cancer, petitioned HHS to enforce the Government's march-in rights for Xtandi. In October, Sachs told me that even with Medicare, co-payments can be as much as $10,000/ year.

"March-in orders would give the US government the means to keep drug companies from dictating exorbitant prices for taxpayer funded prescription drugs," said Sachs. "These were terms accepted by the patent holders when they accepted federal grants. By exercising march-in rights it would bring some rationality in pricing to some of these obscenely priced speciality drugs."

The pharma industry, unsurprisingly, is against using march-in orders because it claims that any state intervention would create uncertainty and make drug companies reluctant to invest in early-stage government funded research. A February 2020 report from Phrma, a pharmaceutical lobbying group, said that any company that buys government funded research is: "under the assumption that they will have the opportunity to recoup these investments without the added risk of arbitrary and unanticipated government action and unpredictable price-setting after years of investment."

But neither Pfizer nor Astellas Pharma made the biggest investments into Xtandi. The drug was developed with public funding at the University of California, Los Angeles, and sold for $1.14 billion.". Astellas Pharma worked in collaboration with the drug company Medivation to do the phase 3 clinical trials (which is the least risky investment phase), and then Pfizer bought Medivation for $14 billion.  Xtandi has already earned its patent holders $20 billion in revenue since its discovery.

Another argument often heard against using march-in orders is that the two drafters of the law, Senators Bob Dole and Birch Evans Bayh, said after leaving Congress that the provision "on reasonable terms" was never meant to include pricing. According to the drafters, the only thing required of drug companies is that the inventions developed with public funding are later commercialized in the US regardless of the price tag on offer.

After leaving Congress, both Senators went on to work for pharma companies that had a vested interest that march-in orders never be used. Bob Dole famously starred in Pfizer's Viagra ads, and Bayh went on to work as a law partner at Venable, which in 2004 was representing the drug company Abbott. That same year, both Pfizer and Abbott were subjects of march-in order requests. Former Senator Bayh attended a March 25th, 2004 NIH meeting to give testimony against using march-in orders to control for drug pricing. James Love, director of Knowledge Ecology International and petitioner of the march-in orders wrote: "I was at the NIH meeting, and listened as Bayh began his testimony by claiming "no one" had paid him to attend the meeting.... Would it have made a difference if Bayh had disclosed his firm actually represented Abbott? I think it would have."

Robert Sachs' petition marks the second petition regarding Xtandi sent to Health and Human Services. The first one was filed in 2016 and was rejected because the former director of the NIH, Francis Collins, said that the drug was not in short supply and broadly available as a prescription drug in the US. The fact the drug was exorbitantly expensive and therefor inaccessible to many Americans was not a factor of consideration.

There is reason to hope that this time around things might be different. Days before leaving office, Trump asked The National Institute of Standards and Technology (NIST) to remove pricing as a consideration for the "reasonable terms" of march-in orders in the Bayh-Dole Act. On July 9th the Biden administration issued an executive order opposing Trump's attempt to narrow the definition of reasonable pricing terms, which sent a loud signal to the pharma industry that march-in orders could soon be under way.

Another promising sign is that the current HHS secretary, Xavier Becerra, sent a letter to the NIH and FDA when he was the attorney general of California urging the institutions to use march-in rights to increase access to Remdesivir, which is used to treat COVID.

Controlling drug prices has been a huge challenge for this administration. The Build Back Better Act has been watered down of its key provisions that would allow Congress to negotiate directly with pharma companies to control drug prices, and there is still no guarantee the bill will become law. The advantage of using the march-in orders to control pricing is that Biden could lower drug costs without needing a single vote from any Republican congressman. Between 2012 and 2019 Medicare dished out $5.8 billion for Xtandi even though the government already paid for some of the initial research. The US government could reduce spending by as much as 80% if the drug was brought in line with the same prices paid by Canada, Australia or Japan.

On Tuesday, US representatives Peter DeFazio (D-OR) and Lloyd Doggett (D-TX) sent a letter to HHS asking the administration to step in and use march-in rights over Xtandi.

"There is absolutely no reason American taxpayers should pay FIVE times the cost for the same exact drug that would not have been possible without research funded by them. The Administration must act now to rein in Big Pharma's greed and send a clear message that price-gouging taxpayers will not be tolerated," wrote representative DeFazio.

HHS said it would issue a decision about Xtandi sometime this month.