"Bel-Air" may not be fresh, but it has enough going for it to merit an initial investment

Will Smith executive produces a dramatic take on the sitcom that made him famous, inspired by a fan's viral video 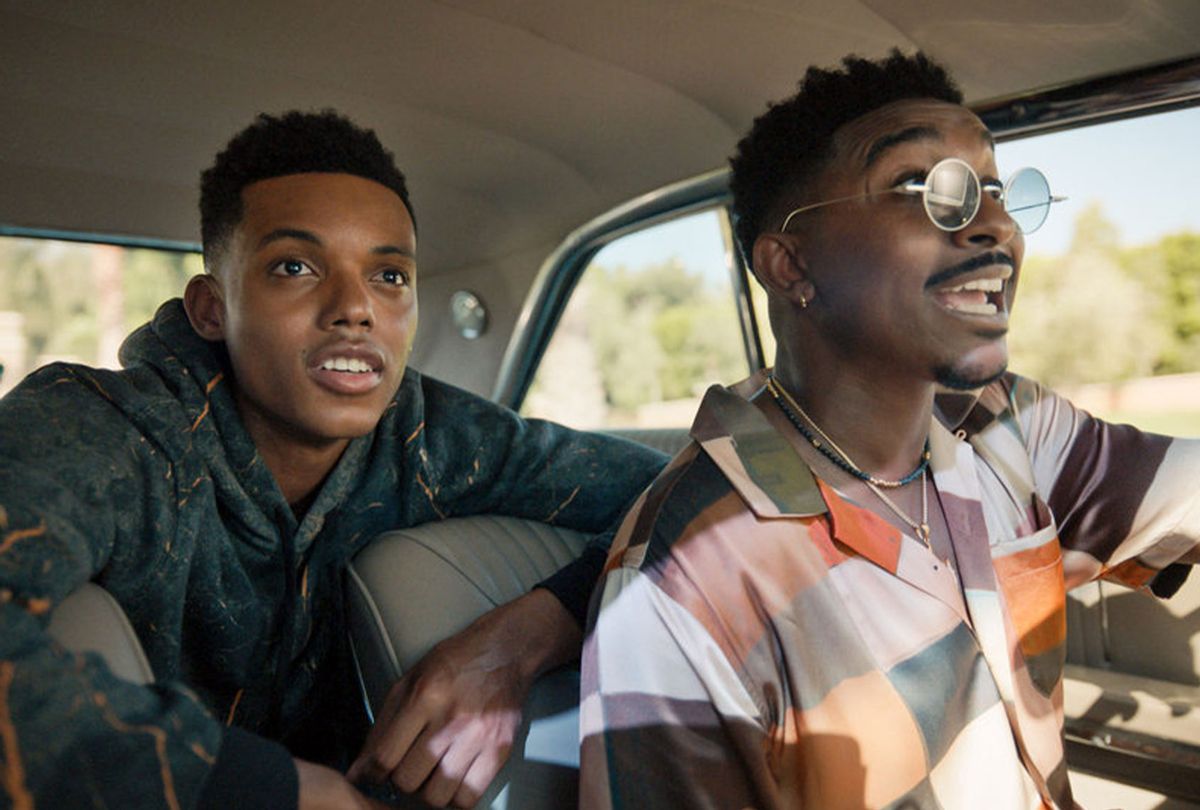 Jabari Banks as Will and Jordan L. Jones as Jazz in "Bel-Air" (Peacock)
--

The funny thing about "Bel-Air," Peacock's dramatic reimagining of NBC's '90s sitcom classic "The Fresh Prince of Bel-Air," is that the pitch has been spelled out in front of us for more than 30 years. Every line of Will Smith raps in the comedy's jaunty theme plays out in some fashion in this serious story about good-natured West Philly teenager Will Smith (Jabari Banks), a top-student and basketball star with scholarship offers waiting in the wings.

Will's life is upended when he runs into "a couple of guys who were up to no good" who "started making trouble in [his] neighborhood." Only here, the mix-up isn't slapstick – it lands Will in jail facing a weapons charge and threats scary enough that his mother calls in a favor to her rich brother Phil (Adrian Holmes).

Uncle Phil, a man with political ambitions, pulls some levers to get Will out of lockup and into a first class seat on an L.A.-bound plane, orange juice in his champagne glass and all.

RELATED:  "Fresh Prince of Bel-Air" gets flipped-turned upside down ... as a drama

From there you can guess the rest, not because of what the theme song says, but owing to many prime-time soaps and family dramas that came before "Bel-Air," many of which Morgan Cooper's 2019 viral trailer no doubt drew inspiration.

Not every viral video deserves to be made into a TV show, regardless of how much sense it makes. "Bel-Air" may prove to be the exception; since it drops on Peacock on Super Bowl Sunday, it's too early to tell. But regardless of the audience it draws, Cooper – credited as a director, producer and co-writer on the drama – can at least take pride in seeing his fan-generated concept fleshed out into series that actually isn't bad. 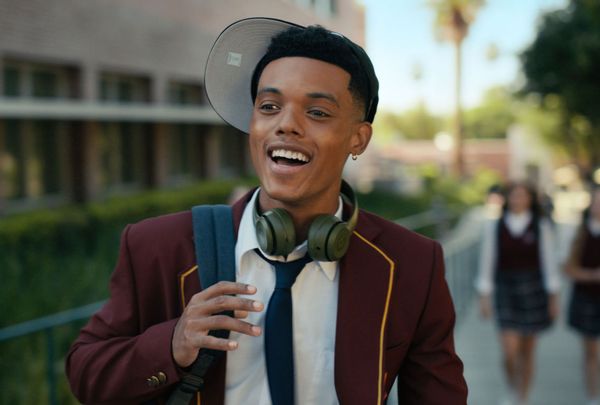 There's nothing original about the spin of "Bel Air," either. This season of TV alone has a range of shows that feel like it, the most expressly similar being The CW's veteran series "All American." Fox's "Our Kind of People" merges class conflict and family drama, and even prestige shows like "Queen Sugar" do this with far more weight and cinematic sweep. Point being, "Bel-Air" is simply the latest version of a show you're probably already watching.

But none of those show have updated takes on characters we know as comedy figures. Through new versions of Uncle Phil and the rest, the actual Will Smith, who executive produces the show, corrects elements that did not age well over the years.

Geoffrey, for example, is now a house manager (played by Jimmy Akingbola) whose relationship to Phil hints as being closer to what Alfred brought to the Wayne household. Akingbola's more of a suave confidante than butler, asserting his strength through calm and few words.

Another aspect of the "Fresh Prince" legacy includes Janet Hubert's sudden replacement on the series by the lighter-skinned Daphne Maxwell Reid, frequently cited as a clear example of colorism in casting. At the show's 2020 reunion Hubert cites this while recounting the pain she faced as a dark-skinned Black actress in Hollywood who could not find work after she left.

Hubert has since appeared in "The Last O.G," "Post" and "Love Life"; it's unknown whether "Bel-Air" will bring her on. If it does, she'll look like the rest of the Banks family, entirely cast with dark-skinned actors. This matters, even if it's merely a surface shift. Of greater import is the energy Holmes brings to his muscular version of Phil alongside Cassandra Freeman's statuesque Aunt Viv.

Coco Jones makes the most of remaking Hilary as an upbeat self-assured culinary influencer instead of a dingbat, while Akira Jolie Akbar channels Ashley's essential lovability. Olly Sholotan's Carlton ventures the furthest away from Alfonso Ribeiro's Tom Jones-loving terrible dancer while maintaining the character's conservative lean. Will is a basketball star, while Carlton excels at lacrosse.

His clashes with Will and Uncle Phil's difficulty in connecting with Los Angeles' Black voters provide the show with ways to grapple with the conflicts that can arise in matters of identity and class disparity. Like the original "Fresh Prince," "Bel-Air" gets plenty of mileage out of playing up the Banks' bougieness, while wondering, seriously, why men like Phil Banks are penalized for their success. Both he and Carlton are vehicles for exploring what it means to stay true to one's roots, with the latter proving to be far more devotedly assimilationist than even his '90s version is depicted to be.

But the main Banks making the series work is Jabari, the newcomer playing the fictional Will Smith. He has a lively swagger that emerges more readily as the series goes on. His character may be the drama's center, but the playfulness Banks brings to Will preventing "Bel-Air" from slipping too far into dour self-seriousness.

Much as there is to like about "Bel-Air," including and not limited to its style and a soundtrack mixing '90s hip-hop classics with modern-day vibes, the three episodes available to review never rise to the level of essential viewing. There's simply already plenty of established pleasures in the same vein floating around for it to merely register as solid out of the gate.

None of them are on Peacock, a streamer that could use a little more attention and could do a lot worse than dramatic retelling of a widely beloved sitcom classic. Rght now the story of how "Bel-Air" came to be is richer than the show itself, but as the wise investor knows, it may pay to give it time.

The first three episodes of "Bel-Air" debut Sunday, Feb.13 on Peacock. Watch the trailer below, via YouTube.