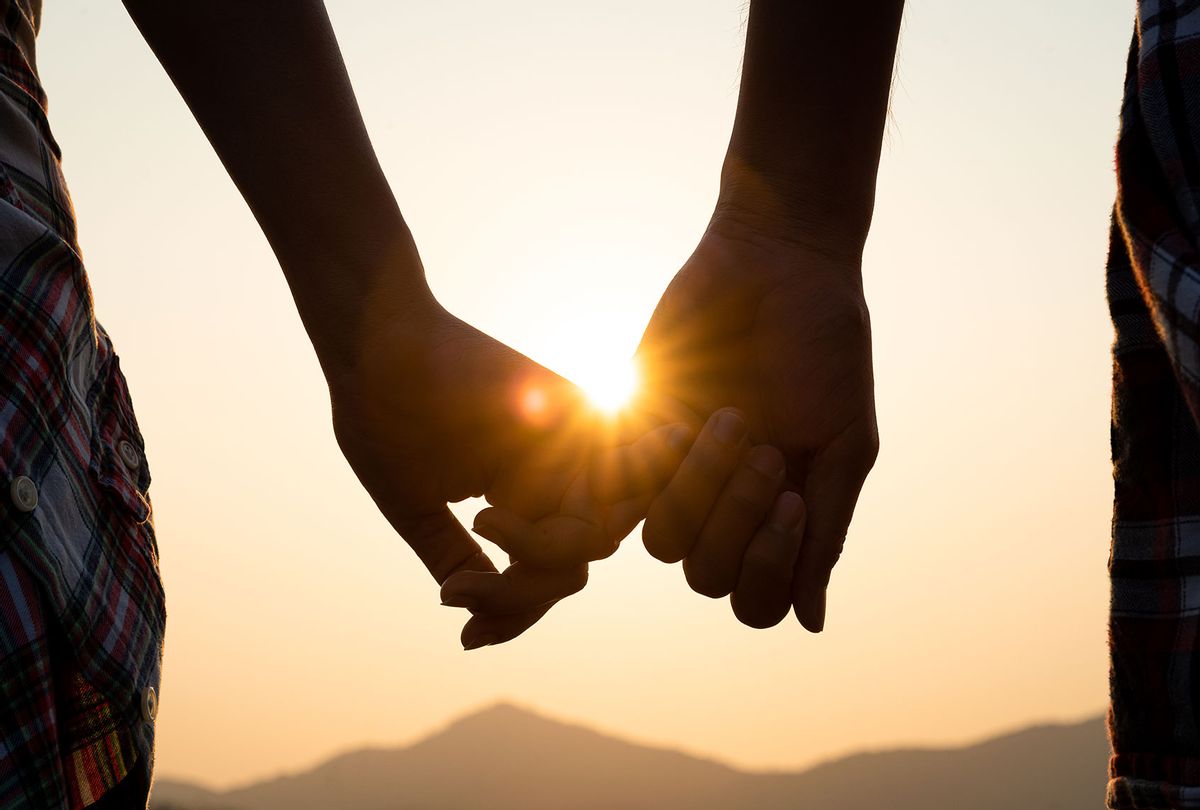 American singles have no shortage of rubrics they can turn to for determining romantic compatibility. Some of these are more grounded in folk wisdom than others — say, zodiac sign versus Myers-Briggs type — while others are purported to based in psychology, such as enneagram type or love language. Recently, Americans have been obsessed with attachment styles — the idea that there are four "patterns" of attachment, and that these can help determine both the success of a relationship as well as how to communicate with one's partner.

Unlike the mysticism of zodiac signs, the idea of a person's attachment style is rooted in psychology theory. Indeed, attachment theory is taught in psychology programs and taken seriously by psychologists and psychoanalysts alike.

It's all well and good that psychologists think about these things. But how much do they really apply to the average person looking for love? Indeed, are attachment signs really meaningful at all in terms of determining compatibility? Or are they, like love languages, a pop psychology fad that's more fun than serious?

The theory of attachment has its roots in psychoanalysis. Attachment theory was first developed by a British psychoanalyst named John Bowlby who was attempting to understand what infants experience when they are separated from their parents. Bowlby's theory suggests that babies come into the world biologically programmed to form an attachment with their caregiver. As such an attachment helps them to survive, Bowlby theorized, any disruption to a secure attachment can have severe consequences. Bowlby further suggests that a baby's attachment style established with their caregivers essentially becomes a prototype for all future relationships — including romantic ones.

Adding to Bowlby's research, developmental psychologist Mary Ainsworth introduced the concept of caregivers being the "secure base" for infants, and determined there were four patterns of attachment: secure, anxious-ambivalent, disorganized and avoidant. The theory was popularized by researchers, but the idea of attachment styles really took off as it applied to adult love when the pop psychology book "Attached: The New Science of Adult Attachment, and How It Can Help You Find — and Keep — Love," was published in 2010. That bestselling book was written by Dr. Amir Levine, a clinical psychiatrist and neuroscience researcher, and psychologist Rachel Heller.

Attachment theory states that if a person has a secure attachment style, they are able to form secure, loving relationships with others. Such people are not afraid of intimacy, and do not feel afraid or panicked when a partner needs space. According to foundational attachment research done by social psychologists Cindy Hazan and Phillip Shaver in the 1980s, 56 percent of people have secure attachment.

But the theory posits other attachment "styles" besides secure, too. Those who have an anxious attachment style supposedly have a deep fear of abandonment. This can manifest when, say, a partner doesn't text back fast enough. In theory, an anxious attachment's caregiver was unpredictable with love and affection, perhaps also not present entirely.

Someone with avoidant attachment is said to have a deep fear of intimacy, and therefore has a pattern of distancing themselves from a romantic partner when the relationship becomes too intimate. This person's caregiver was usually dismissive and distant.

Indeed, in the aforementioned book "Attached," the authors note that even if someone possesses an insecure attachment style, it doesn't mean that they are doomed for love and can't forge healthy relationships. The idea is that with a conscious effort, a person can become more secure — or go from being secure to anxious.

"We can also do the opposite and start secure, but due to a rupture of trauma in the relationship we may in turn shift towards an anxious attachment," said Nikki Nolet, LMFT and founder of Relationships Redefined. "This is based mostly on the safety and connective experiences we have with our partners."

In other words, a person's attachment style — which is supposedly influenced by a person's relationship with their caregivers at a young age — isn't a done deal as an adult. Like personalities, they can evolve throughout a person's life.

"People have a tendency to over-identify with just about anything — their attachment styles, their astrological sign, their alma mater; it only becomes problematic when it begins to limit the ways we engage with others and the world around us," Lurie said. "If you are so fixated on your attachment style and it's compatibility with someone else's that it prevents you from being able to have a meaningful relationship with that someone, then it might be time to take a step back and recognize that while our attachment styles are helpful guidelines, they're just that."

Lurie emphasized attachment styles don't "determine who we are as people or even necessarily how we'll react in every situation."

"Our attachment styles are plastic, and there's always room for us to change and develop in our relationships," Lurie said.

However, sometimes, identifying with an attachment style too much can be used as an excuse for why there are "existing issues" and thus ending the relationship, explained Omar A. Ruiz, LMFT and founder of TalkThinkThrive.

"However, if they are unwilling to make any necessary changes, then identifying with their attachment style has no real world value other than a conversational piece," Ruiz said. "It's more effective to schedule a session with a couples therapist to discuss how to achieve a secure attachment style within one's relationship."