From classics like cheddar to a few wild card options, there is a cheese for everyone's next pot of macaroni 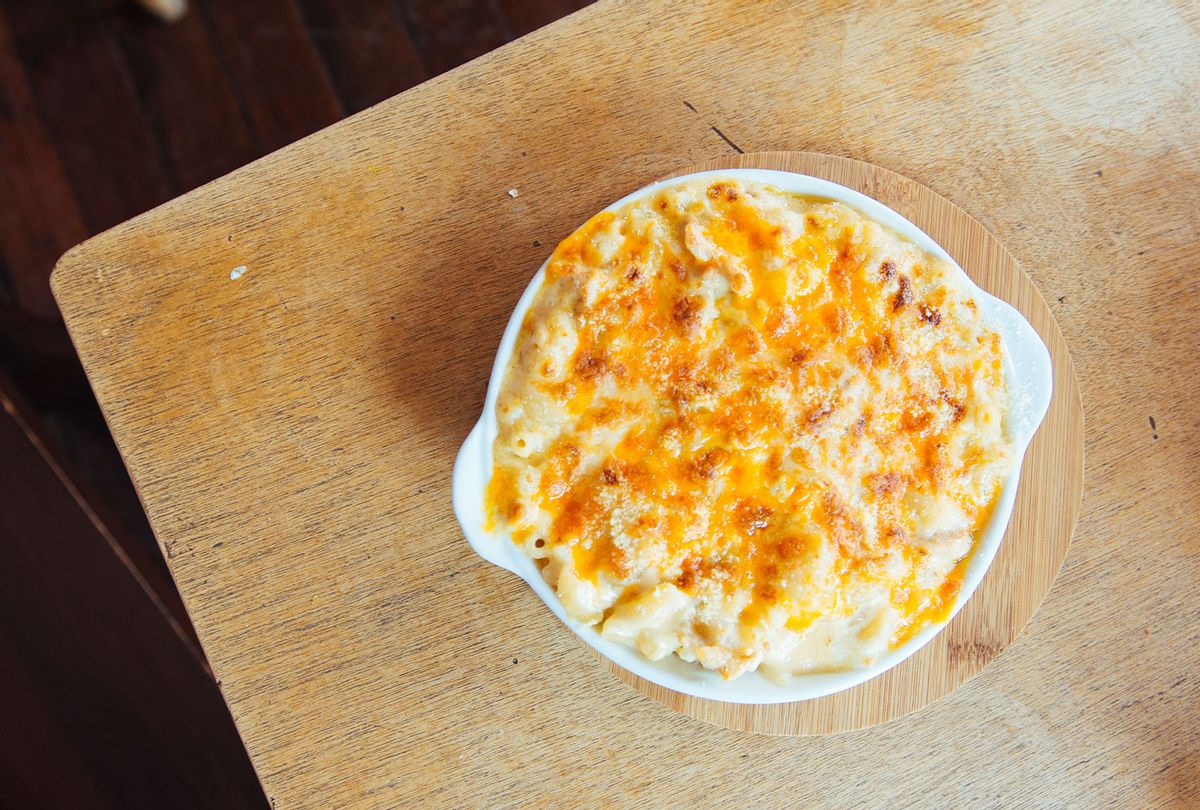 I've been a lifelong lover of cheese, enough so that starting last year I began the process of sitting for cheese mongering certification courses. I think the reason why is that most cheeses begin with the same few elements — milk, salt, water and time — and can end up with wildly different flavors depending on the treatment of those ingredients.

Visit the cheese counter at your local supermarket or specialty store and there is a kaleidoscopic array of flavors present in that case. But which of those flavors makes the most sense to add to everyone's favorite cold weather comfort food, macaroni and cheese? After all, they have to both taste good and melt and coat pasta well. After a fair amount of tests of my own this winter, here are nine cheeses you should consider adding to your pot next time.

When I think of "classic" macaroni and cheese — either the creamy stovetop stuff or the casserole dishes my mom would bake during the holidays — cheddar is definitely the predominant flavor. There's a historic precedent for this. The first modern recipe for macaroni and cheese is attributed to British author Elizabeth Raffald; in her 1769 cookbook "The Experienced English Housekeeper," Raffald recommends mixing macaroni with a Béchamel sauce that's been cooked down with cheddar cheese.

RELATED: The crunchiest, cheesiest macaroni and cheese bakes on a sheet pan

And cheddar definitely has its benefits. It's cheap, shreddable and easy to melt. Feel free to experiment with different varieties, from sharp to mild to flavored (horseradish cheddar is an unexpectedly good choice in macaroni and cheese, especially served alongside a steak dinner).

Much like cheddar, gruyère is ideal for melting and is a favorite macaroni and cheese addition. One of Ina Garten's go-to macaroni and cheese recipes, for instance, uses a combination of cheddar and gruyère  — with gruyère as the dominant cheese in the mix. Young gruyère is creamy and nutty, while older gruyère takes on a really pleasant earthiness that adds some tremendous nuance to the mix.

Giada De Laurentiis' macaroni and cheese recipe calls for 2 cups of finely grated Fontina cheese. Traditionally made from unpasteurized milk, Fontina is a one-two punch of creaminess and pungency. For a more sophisticated mac, this is a fantastic addition.

If I had to pick a favorite cheese, I think manchego would have to be it. It's a supremely savory and salty Spanish cheese — enough so that its odor even suggests roast meat to some tasters — that also happens to shred really beautifully. Use it as the jumping-off point for a Spanish-inspired macaroni and cheese that incorporates chorizo and some toasty breadcrumbs.

Much like parmesan, gouda develops crunchy "cheese crystals" as it ages; these are an indicator of real umami flavor, which can help but the fat and enhance the creaminess of a pot of stovetop macaroni and cheese.

Good Parmesan has a ton of tasting notes: browned butter, toasted almonds, grass and honey, to name a few. However, it's also a cheese that happens to be really well-known to most home cooks. That mix of intricacy and familiarity when it comes to flavor makes it a stellar add-in to your next batch of macaroni and cheese.

I love cheese that has a little brininess, but some of my personal favorites, like feta, can take on an almost chalky flavor when melted and incorporated into dishes. That's where goat cheese comes in. Because of its milk fat content, it melts down and incorporates into a Béchamel flawlessly and adds a little funk and brine to an otherwise standard pot. Note that a little goes a long way.

Butteriness is the name of the game when it comes to brie. This cheese has an incredibly luxe texture that shines when heated (hence the popularity of baked brie around the holidays) but a really mild flavor. If you're looking for a cheese to underscore the flavors already present in your cheese sauce without taking over, brie is one of your best bets.

This is such a straightforward add-in, but one I hadn't considered until I was home for the holidays this year and I noticed that my mother had updated her go-to recipe with a few tablespoons of cream cheese. The result was a casserole dish of macaroni and cheese that had a perfectly oven-baked top with an interior that had the creaminess of stove-top mac. It really helped make this dish, which was the best of both worlds, totally possible.