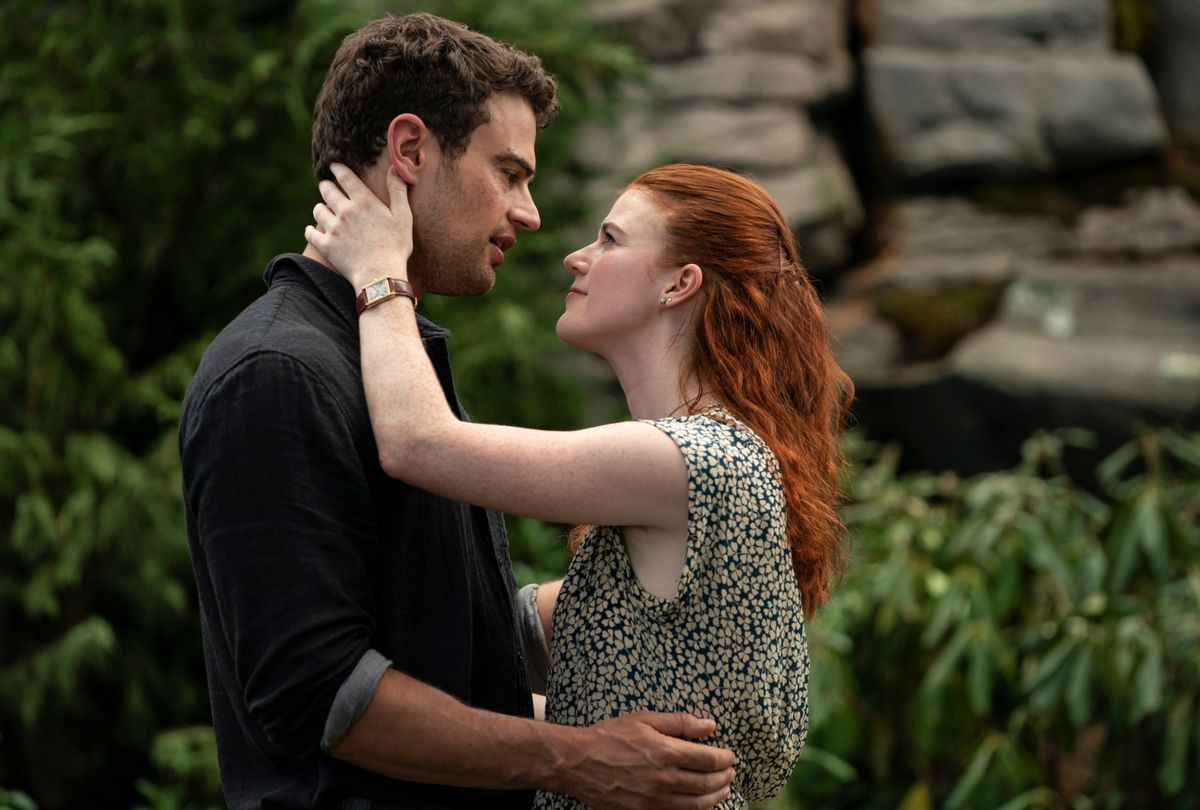 Theo James and Rose Leslie in "The Time Traveler's Wife" (Macall B. Polay/HBO)
--

The former "Doctor Who" showrunner is currently adapting Audrey Niffenegger's best-selling novel "The Time Traveler's Wife," which had previously been adapted into a feature film starring Eric Bana and Rachel McAdams. During a press conference for the Television Critics Association to promote the upcoming HBO series on Tuesday, Moffat discussed the common themes of time travel and love in the two series and then revealed just how inspired he was by the novel.

"Actually I loved the idea of time travel affecting romance when I read this book," he said. "When I read this book – and I was working on 'Doctor Who' back then – I said we had to do a 'Doctor Who' story like that, which we did . . . called 'The Girl in the Fireplace,' which Audrey Niffenegger saw on television and wrote into her next book, so I knew she was onto me."

RELATED: The lady vanishes: "Sherlock" and the case of the disposable woman

At the time, David Tennant was playing the 10th incarnation of the time-traveling alien on "Doctor Who." In the episode, the Doctor explores a derelict spaceship in the 51st century but discovers that by stepping through various time windows – doorways to another space and time – on the ship, he visits a young 18th century woman named Reinette (Sophia Myles) in various points in her life.

As with many of Moffat's stories during his tenure on "Who," the episode mixes elements of longing, heartache and impossible space-time obstacles. It's a beautiful but bittersweet love story. (Perhaps the story rubbed off; Tennant and Myles briefly dated after filming the episode.) No wonder he's drawn to "The Time Traveler's Wife."

"What is brilliant and thrilling about the interaction of time travel and a love story here is it makes the most common phenomenon of a completely happy marriage interesting again," said Moffat. "I mean . . . a romance movie ends at the altar or they start with the divorce. We never do the bit where people are perfectly happy with each other for decades because it seems like an undramatic thing, in a way.

"By scrambling it all up and by constantly reminding you that love is inextricably linked to loss – which is a cheery thought for you all – you make this very common phenomenon of the happy marriage interesting, thrilling, and full of tension and tragedy, as well as joy and happiness. So that is why I do love the time travel story, in general, as my career would suggest."

In the new version of "The Time Traveler's Wife," a man named Henry (played by Theo James) has a genetic condition that makes him involuntarily travel through time while his wife Clare ("Game of Thrones" star Rose Leslie) must deal with his absences and the danger that accompanies his travels. Even before their marriage, they've crossed paths at different ages and time periods.