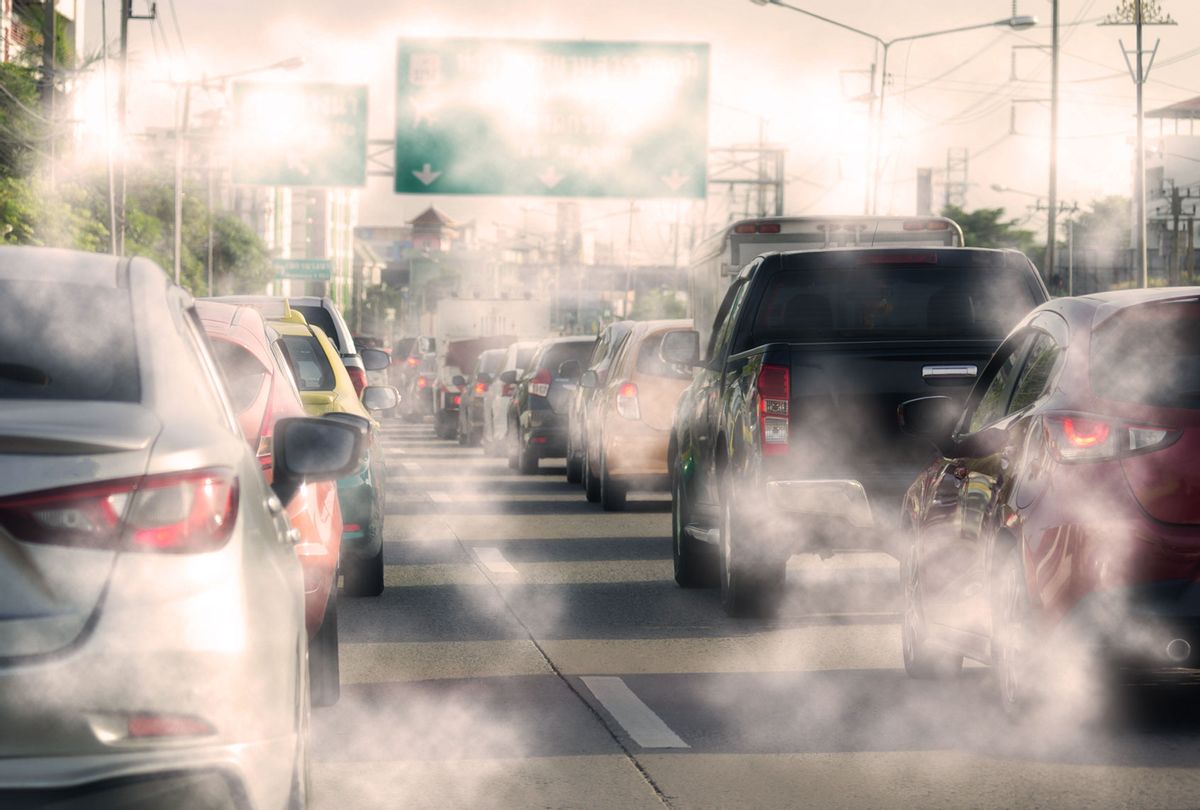 Cars are one of the most quintessential global status symbols. Vast industries exist to manufacture, maintain, repair, study, race and fetishize the innumerable automotive vehicles that a human being can use. Wars are fought over maintaining access to cheap oil.

Yet this obsession with cars has come with a heavy cost. The most obvious one, of course, is the role played by fossil fuel emissions in creating and exacerbating man-made climate change. But beyond that, it turns out that cars are incredibly expensive, too — and not merely for the owner. A huge share of the burden of automobiles, hundreds of thousands of dollars per vehicle, are paid for by society.

Moreover, as a new study published in the journal Ecological Economics shows, the main burden for the cost of the automobile falls on poor people — and anyone who does not own a car, but must pay for the infrastructure of those who do. The economic analysis considered not merely the initial price tag of a car, but also the maintenance, the cost of the buildings that must house it, and the costs of the roads that must carry it. Ultimately, society pays a steep cost for our fixation on cars.

RELATED: Climate tipping point? ExxonMobil's shareholder revolt and the end of the line for fossil fuels

To assess both the private and social costs of car ownership in Germany, the authors analyzed information from the German Allgemeiner Deutscher Automobil Club (ADAC), a road assistance and automobile lobby organization, according to categories involving private cost (operating cost, value depreciation, repairs, fixed cost, maintenance, and other cost) and social cost (infrastructure, health, and environment). In the process, they found that car owners generally underestimate the overall cost of owning their vehicles, and therefore do not appreciate how the resulting transportation system may not be in their best interest. For instance, they calculated that the lifetime cost of a Mercedes is over $1 million; for the much smaller Opel Corsa it is roughly $689,000, with society shouldering $275,000 of that.

"To be efficient and fair, a transportation system must reflect certain principles including consumer sovereignty (the system offers users diverse travel options, so users can choose the combination that best serves their demands) and cost-based pricing (users pay directly for the costs they impose unless a subsidy is specifically justified)," the authors write. "This analysis indicates that the German transportation system, and the transportation systems in most other countries, are inefficient and unfair; they favor expensive modes over cheaper modes, and impose large external costs."

As the authors explained, the policies that exist as a result of prevalent car ownership cause people to feel compelled to buy more vehicles than they can actually afford. The benefits that exist to offset the expenses of car ownership — low fuel taxes, company car benefits, electric vehicle subsides and road and parking subsidies — primarily benefit wealthy individuals.

"As a result, people who drive less than average essentially subsidize the automobile travel of others who drive more than average, by subsidizing their road and parking facility costs, and bearing congestion delays, crash risk and pollution damages," the authors write.

Speaking to Carlton Reid of Forbes, lead author Stefan Gössling explained that societies would benefit from moving away from widespread car ownership, but politicians are reluctant to broach that subject because "it's a transport taboo; you can't touch it politically because you'll get burnt."

He later told Reid, "In our research, we're not saying you should start taking away cars from people, we're just saying it's probably more prudent, economically, to invest in those infrastructures that are less costly — such as for active mobility — and where people will make a switch voluntarily."

He argued that "change can come quickly" if people become more educated on the benefits to them personally and for society of traveling through other methods.

"It wasn't forced on people, it's what people want," Gössling said when discussing the rise of cycling in Germany. "People want to be healthier. Many studies show how active travel is not just physically healthy; it's also beneficial for mental health. And cycling is ideal for cities; it's often much faster than driving."

Read more on cars, society and