No, the CDC didn't "lower standards" for childhood development because of the pandemic 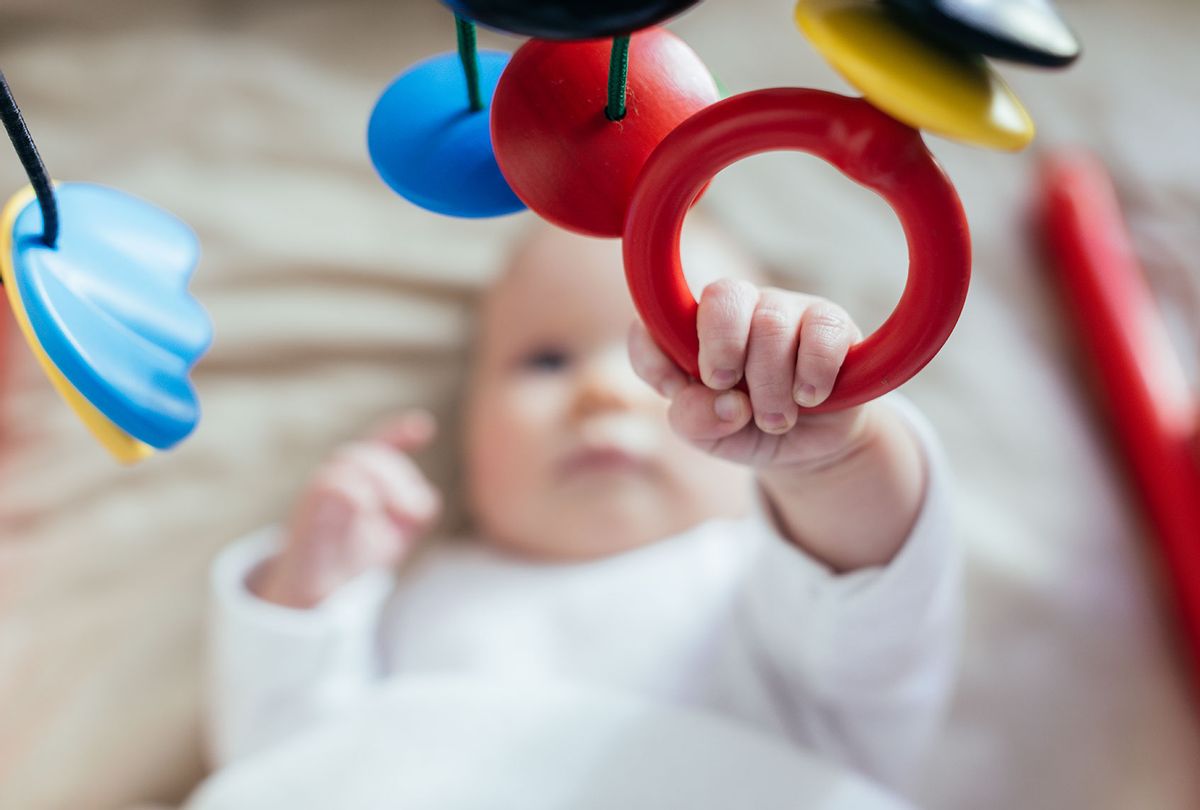 A conspiracy theory being propagated by right-wing sources claims that the age-specific markers for childhood development — activities like rolling, walking, and a baby's first words — have been quietly pushed back because of the pandemic's deleterious effect on children. Yet although these developmental checklists were indeed updated for the first time since 2004 to make them more comprehensive, conspiracy theories that the update arose due to the pandemic constitute yet another example of social media's ability to rapidly propagate misinformation.

Earlier this month, the Centers for Disease Control and Prevention (CDC) and American Academy of Pediatrics (AAP) updated checklists that signify developmental milestones for young children. The update is the first to happen since 2004, and included changes for parents as part of the CDC's developmental surveillance campaign called "Learn the Signs. Act Early." Some changes include social and emotional milestones, like how a 4-month old can smile to get a parent's attention, in addition to new checklists for children between the ages of 15 and 30 months.

The checklists — which are sometimes a part of regular checkups at the pediatrician's office — were previously based on 50th percentile milestones, meaning only half of children were expected to achieve the milestone at a given age. The updates checklists now include milestones that capture the 75th percentile, meaning what three-quarters of children are expected to achieve at a given age. The changes were made by a panel of eight experts in different disciplines of child development. The goal, according to the CDC, was to clarify when most children are expected to reach a milestone (hence the change in percentile), discouraging a "wait-and-see approach," which could cause a delay in diagnosis for a developmental delay. According to the CDC and AAP, clinicians found milestones based on the 50th percentile unhelpful.

"The earlier a child is identified with a developmental delay the better, as treatment as well as learning interventions can begin," Dr. Paul Lipkin, a member of the AAP Section on Developmental and Behavioral Pediatrics and Council on Children with Disabilities who assisted with the revisions, said in a news release. "At the same time, we don't want to cause unnecessary confusion for families or professionals."

Yet changing the milestones spurred the spread of a slew of conspiracy theories and misinformation around the reasons for the change. Popular right-wing site The Post Millennial suggested falsely that the CDC "quietly changed their standards for early childhood development, as the effects of pandemic policies on children's development, from speech to reading to other basics, becomes increasingly more apparent."

Brandon Michon, a Republican candidate for Congress in Virginia, tweeted out the Post Millennial article, commenting, "The CDC is quietly admitting the pandemic has harmed our children. We need a renewed focus on literacy & speech. We must raise the bar not lower it."

Keith Swank, a Republican candidate for Congress in Washington, tweeted about the change as well, falsely linking it to the pandemic.

"The CDC has lowered the standards for childhood speech (they set that too?). Now children have until 30 months instead of 24 months to know 50 words," Swank wrote. "So, lower the standard and everything will be 'normal', and never admit masks damaged our children. #KeeptheRepublicSafe," he continued.

Indeed, misinformation propagated widely on Twitter that connected the changes to mask mandates in schools, suggesting that masks are causing developmental delays and the CDC now is responding by lowering their developmental standards for young children.

In an email to Salon, Dr. Jennifer Zubler, pediatrician and consultant with CDC's "Learn the Signs. Act Early" program, told Salon the work to revise the milestones had been underway for a couple of years, and had long predated the coronavirus pandemic.

"The review of evidence and revisions were completed in 2019 and parent testing for understanding and relatability in the summer of 2020," Zubler said. "With the revisions, the program aimed to address feedback from parents and early childhood professionals over the years about needing more clarity about when to take action on a possible developmental concern."

In addition to the misinformation around the intent behind the change in milestones, some social media users have suggested that the CDC lowered speech milestone standards for children. In the updated list, the CDC states that a 30-month old should say about 50 words. This is part of the updates that includes additional checklists for children between the ages of 15 months and 30 months. Previously, a 30-month old checklist did not exist.

However, according to the American Speech-Language-Hearing Association (ASHA), if a two-year-old says less than 50 words, it could be a sign of hearing loss or a language delay. People have taken this information to create a misleading social media narrative that the CDC "lowered standards" for children.

Zubler emphasized that the changes were made to reflect what "most children can do," as 50th percentile milestones may be less helpful in identifying when there may be concerns for a child.

"Using milestones that 75% or more of children would be expected to achieve can help parents and professionals discuss concerns and consider next steps such as performing additional developmental screening to assess a child's risk for developmental concerns," Zubler said.