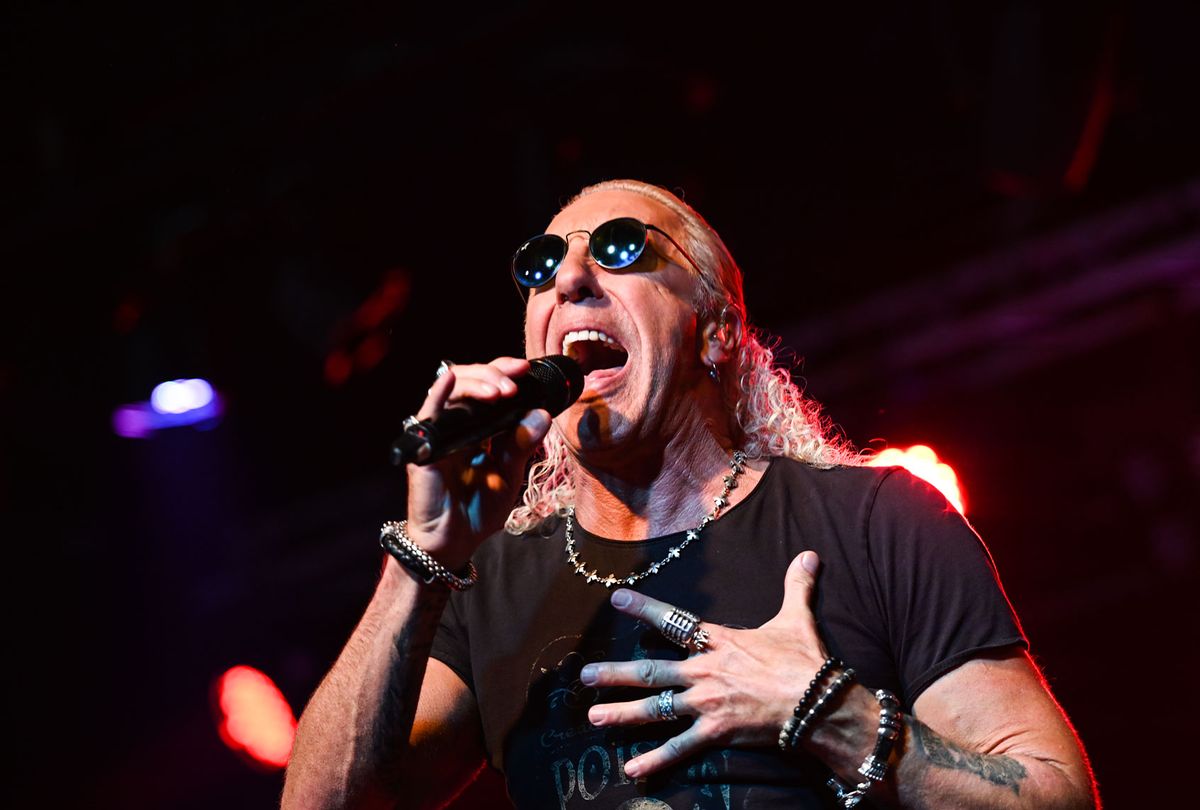 Dee Snider is drawing a hard line under who can — and can't — claim the band's 1984 hit song "We're Not Gonna Take It" as their official anthem of rebellion.

In a tweet posted Saturday, the Twisted Sister frontman approved of Ukrainians using the tune as a battle cry to oppose Russia's full-scale invasion. Snider concluded his tweet with the hashtag #F**KRUSSIA, displayed in all-caps.

"My grandfather was Ukrainian, before it was swallowed up by the USSR after WW2," Snider wrote. "This can't happen to these people again!"

RELATED: Dee Snider's still not gonna take it: "I don't know what 'great' [Donald Trump's] talking about. Is that when we had two sinks, colored and white?"

The recent tweet contrasts Snider's previous response to anti-maskers, who chanted the song during a protest inside a Florida Target in 2020. A brief clip of the rally shows a group of individuals cheering and parading around the store with no masks in sight.

"No . . . these selfish assholes do not have my permission or blessing to use my song for their moronic cause," Snider tweeted. He concluded his message with another hashtag: #cutthes**t.

Snider addressed his past response in a separate tweet posted on Sunday.

"People are asking me why I endorsed the use of 'We're Not Gonna Take It' for the Ukrainian people and did not for the anti-maskers. Well, one use is for a righteous battle against oppression; the other is a infantile feet stomping against an inconvenience," he explained

Snider's condemnation of anti-maskers didn't stop there. He also called the group "goddamn pathetic" in another tweet.

"How effing ridiculous do those anti-maskers wearing military fatigues look when put next to actual soldiers valiantly taking their lives in their hands for their country?"

Snider, who was once friends with Donald Trump, has continued to use his social platforms to call out Russian President Vladimir Putin and stand with the people of Ukraine and Ukrainian President Volodymyr Zelensky.

"Never judge a book by its cover. People mocked this man because he was a comedian/television star before he was elected president," Snider wrote in a separate tweet praising Zelensky. "No one is laughing now. (Truth be told, comedians are the bravest people I know)."