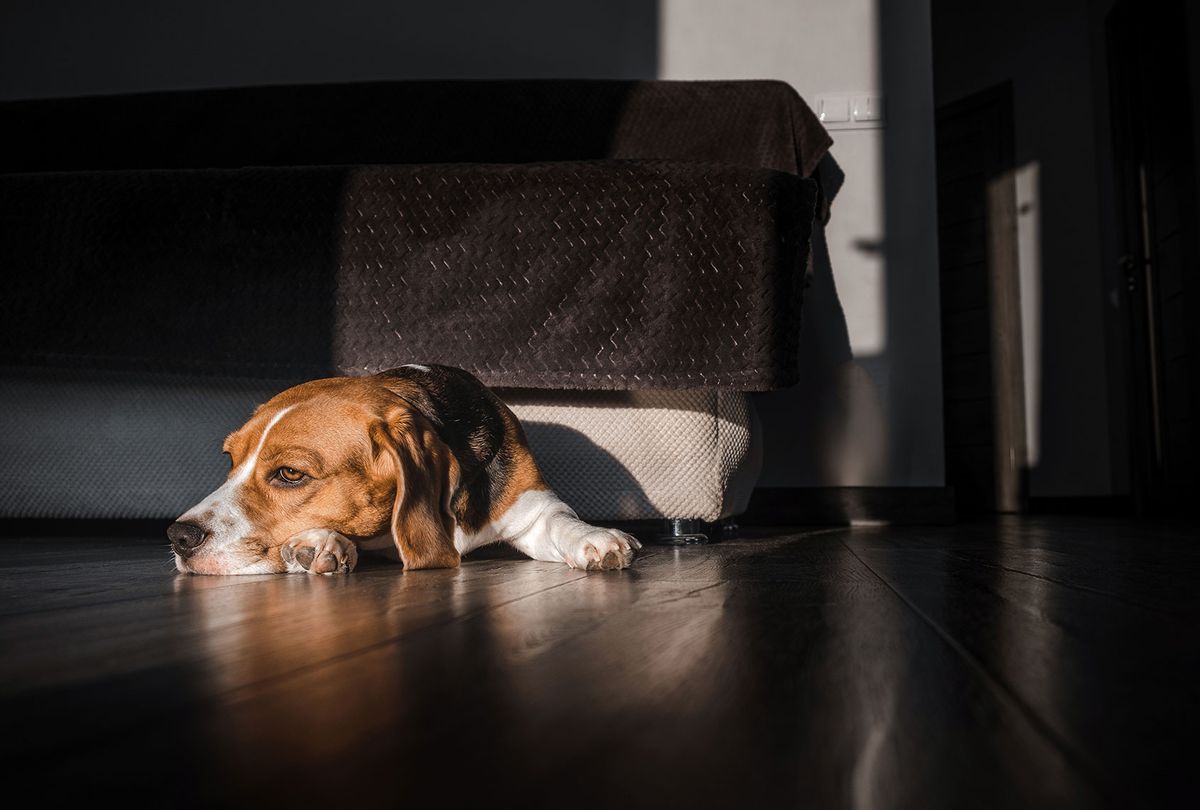 If you have ever been close with a dog, the chances are that you have wondered what your canine companion might be thinking. As time goes on and your relationship grows — whether as a primary owner, a family member or an occasional visitor — you will probably ask yourself if the dog remembers you. Like our human friends and family, we would like to think that, even if we are not in the room, dogs still think about us.

Scientists agree dogs are intelligent, emotional and capable of forming lasting relationships with humans. While there is robust debate about the extent to which this is true, animals like Bunny the "talking" sheepadoodle are able to communicate in such a sophisticated manner that they will even discuss their dreams.

The bad news is that, just like humans, dogs can develop degenerative nerve diseases which damage their minds. One illness in particular has a direct analogue in dogs: Alzheimer's disease. Dogs, sadly, can develop a similar condition — and tragically, that might mean that your dog could suffer some of the same sad Alzheimer's-like conditions, such as forgetting its close family, in its final days.

RELATED: Some dogs exhibit signs of ADHD, just like humans

"Canine Cognitive Dysfunction [CCD] mirrors two key components of Alzheimer's disease in humans," Dr. Silvan Urfer of the Dog Aging Project and the University of Washington told Salon by email. It comes down to a peptide and a protein that will suddenly accumulate in your brain: Amyloid-beta 42 and hyperphosphorylated Tau (pTau). "While there are likely a few differences regarding the details of pTau pathology in particular, it is fair to say that CCD is the dog analog of Alzheimer's Disease," Urfer noted.

Dr. Elizabeth Head, a professor in the Department of Pathology & Laboratory Medicine at the University of California, Irvine, told Salon in writing that in addition to developing these beta-amyloid plaques — one of the hallmark features of Alzheimer disease — the dogs also suffer like humans, in that neurons die. The synapses, or connections between neurons, are lost, and these are observed in humans who as they age suffer from cognitive decline.

"From a psychological perspective dogs may show signs of disrupted sleep patterns (e.g. up pacing at night), more vocalizing, [being unable to] remember how to signal to go out and may have trouble recognizing family members," Head explained. "This can lead to more anxiety. From a physical perspective, there may be more episodes of incontinence but oftentimes other physical problems are ruled out with the CCD diagnosis (e.g. deafness, blindness, systemic illness)."

Indeed, the similarities between CCD and human dementia are so striking that researchers believe man's best friend could actually help him find a cure for the debilitating ailment. There is a nationwide study known as The Dog Aging Project — which was launched by Cornell University, the University of Washington and the University of Arizona and funded by the National Institute on Aging — which exists precisely because scientists are intrigued by those similarities. They believe that learning more about how to help dogs with the condition can, in the process, provide research data that helps fight human diseases related to senescence.

"What we're trying to do is find a better understanding of the disease in dogs and translate those findings to humans," Dr. Marta Castelhano, director of the Cornell Veterinary Biobank and one of the involved scientists, told Cornell News at the time.

Until a cure for CCD exists, the sad reality is that dogs and humans alike who experience cognitive decline will be left to manage their symptoms to the best of their ability. When speaking with Salon, Urfer stressed that he is "not providing veterinary advice on individual dogs, as there is no vet-patient-client relationship here." People who are concerned about their dogs should consult a veterinarian. What we do know for sure, however, is that causal treatments do not exist for CCD. All we know is that there are certain physical characteristics that make dogs more or less likely to be at risk.

"We know that bigger dogs have a lower risk of developing CCD than small dogs, and there is also some evidence that intact males have a lower CCD risk than neutered males, and that existing CCD progresses faster in neutered than in intact males," Urfer explained. "This is interesting in that it also mirrors findings from human medicine that taller people are less likely to get Alzheimer's disease, and that men who undergo anti-androgen treatment for prostate cancer have an increased Alzheimer's disease risk."

If your dog is healthy now, then the best thing to do is make sure they stay healthy. That can prevent CCD from developing. It is the exact same as the approach for homo sapiens.

More stories on dogs and genetics: