Vegans, this is why you're always hungry

The newly-vegan often struggle with sudden, rapacious hunger. There's a reason why — and it's not hard to curb 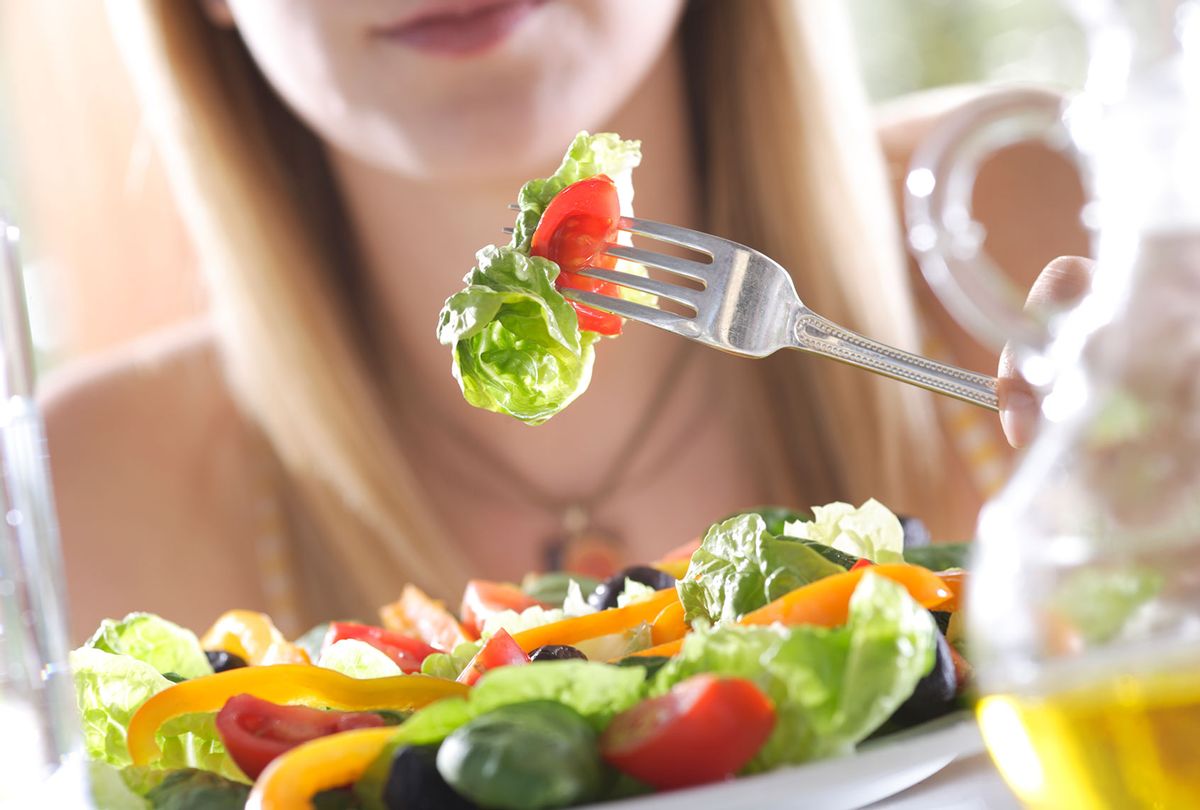 Just because you're trying to adopt a more vegan diet, it doesn't mean you have to go on a vegan diet.

You already know all of the great reasons to stop eating animal products, or at least reduce your consumption of them. A standard American diet is bad for the environment and climate, it's cruel to animals and it's rough on your health. But it's hard to change your habits when you're feeling deprived. And going vegan can often mean feeling hungry.

Indeed, it's a common thread on vegan forums and a normal topic of conversation among the newly vegan. As soon as you start searching for advice on adopting a vegan lifestyle, you'll come upon questions about dealing with the hunger. And if you've ever attempted firsthand a "Veganuary," a trial vegan period, or just having an oat milk smoothie for breakfast instead of eggs, you may have found your own stomach growling — or your head spinning — in defeat.

"Now that I'm vegan I've experienced that when I get hungry I'm so weak, dizzy, nauseous," writes a typical commenter on one vegan site. A Redditor in a 2021 thread, meanwhile, asks what to do about being "newly vegan and constantly hungry!" The commenter explains, "I never feel quite full and it's driving me crazy."

But regardless of your size, gender, age, or appetite, you can eat well and eat enough without eating animals. It starts not in your stomach but in your head, and by looking at what you need to add rather than take away.

RELATED: Not all calories are equal – a dietitian explains how eating different kinds of foods matter

Let's examine the hunger. If you've unilaterally removed a chunk of your daily calories off your plate — the chicken from your sandwich, the cheese from your pizza — then of course you're going to be ravenous.

It might seem obvious, but "one of the reasons why you might feel hungrier when you transition to a vegan or plant-based diet is because you may not be eating enough calories and nutrients," explains Julie Barrette, a senior clinical dietician with Providence Mission Hospital. In other words, one's innate understanding of how calorie-rich food is suddenly changes. Barrette continues: "Abrupt changes to one's diet can lead to initial negative side effects as certain nutrient rich foods are no longer being consumed, such as animal proteins. The good news is this will resolve as you adjust to the vegan diet — as long as a variety of nutritious plant based foods are consumed."

Not all of the newly vegan (or long-time vegans) opt for the processed foods that mimic non-vegan foods, such as vegan "cheese," fake meat, or alternative milks like soy and oat. But some experts suggest these kinds of substitutions to ease oneself in to a new diet. "Replace the meat and dairy with plant-based versions," nutritionist and recipe developer Rachel Lessenden advises, noting that "the vegan versions may be lower in calories than their omnivore equivalents. . . This means needing to eat larger portions in order to consume the same amount of calories. For most people this isn't a problem," she says, "but if you need to sneak more calories into your diet, adding nuts and seeds can help, as well as avocados."

Yelina Perez, a vegan wellness coach and creator of Yeli's Belly, concurs. "When I decided to go vegan six years ago, I felt hungry pretty much ALL the time," she admits. "At the time I didn't understand why and immediately concluded I 'needed' to eat meat. But," she says, "that wasn't the case."

So how does one go about avoiding feeling hungry often, while still eating healthy? The answer, Perez says, is simple: "Eat more! One cup of a smoothie in the morning won't do it, that's only about 200 to 300 calories"; which means, "you will get hungry in about 45 minutes." Instead, she suggests something like "at least six cups of a smoothie, and make it calorie dense using different fruits, medjool dates and coconut water. It'll take you about 30 minutes to drink, so be patient with it."

Beyond just making sure that one's calorie consumption doesn't dramatically drop off, another consideration is protein intake. As registered dietitian nutritionist Blanca Garcia explains, "most people don't know that animal protein provides the foundation to repair tissues like muscle and organs. Because of its composition, it also helps with the feeling of fullness and satisfaction. Removing animal-based proteins requires adding plant-based proteins to fulfill that function of feeling satisfied and full." She suggests sources like "beans, lentils, chickpeas, mushrooms, nuts, seeds, quinoa, green peas and buckwheat."

And what about that notorious new vegan wooziness that can set in? Being fastidious about vitamins can ward that off.

"Red meat and other animal proteins are rich sources of vitamin B12 and iron," Julie Barrette said. " By eliminating these foods, your body might become deficient. This potential lack of vitamin B12 and iron can cause fatigue, headaches, dizziness, and if left untreated, anemia. It may be suggested to take a vitamin B12 or iron supplement to ensure sufficient nutrients are being consumed." And Plantable's Julie LaPiana Evarts, RN, MSN, CRNP, suggests an often overlooked culprit: not enough water.

"Often the brain thinks that the body is signaling hunger when it is really thirsty," Evarts notes. "New vegans are often not used to the significant fiber load that their new diet brings, and as a result can suffer from constipation, bloating and diarrhea. All three of these can be mediated with time and adequate water intake. Drinking water is not only good for overall health, but can help you feel full longer."

There may be something else at play here too. Contemporary diet culture has put millions of us on an endless of treadmill of self famine and feast, making it tough to recognize and respect our body's cues. But on an omnivore's diet, it's pretty easy to consume satiating fat and calories without really thinking much. Cutting out animal products can mean having to intentionally bring more of those elements in. And, with perhaps the exception of avocado toast, America does not openly embrace its fats and calories. According to a 2018 CDC estimate, "49.1% of adults tried to lose weight within the last 12 months." More recently, a January market industry report from the market research firm Fact.MR citing "rising demand for low-fat diets" found that "the global fat replacer market is set to top US $2 billion by the end of 2021." In other words, it's not just vegans who are hungry. It's a wonder everybody isn't.

One of the more pernicious aspects of our American relationship with food is the moral baggage we bring whenever we come to the table. We conflate removing or reducing certain foods with restriction and discomfort, which makes it hard to learn lasting habits. Whether we're vegans, meat eaters, or somewhere in the middle, hunger is never a virtue, and you definitely can't make a lifetime plan out of it. "We can get so caught up in what we can't eat," says Rachel Lessenden. "But if we focus more on all the things we can eat, it can expand our palates by trying new things we wouldn't have otherwise."