A murder charge is being sought for Carolyn Donham, who made accusations that led to Till's death 66 years ago 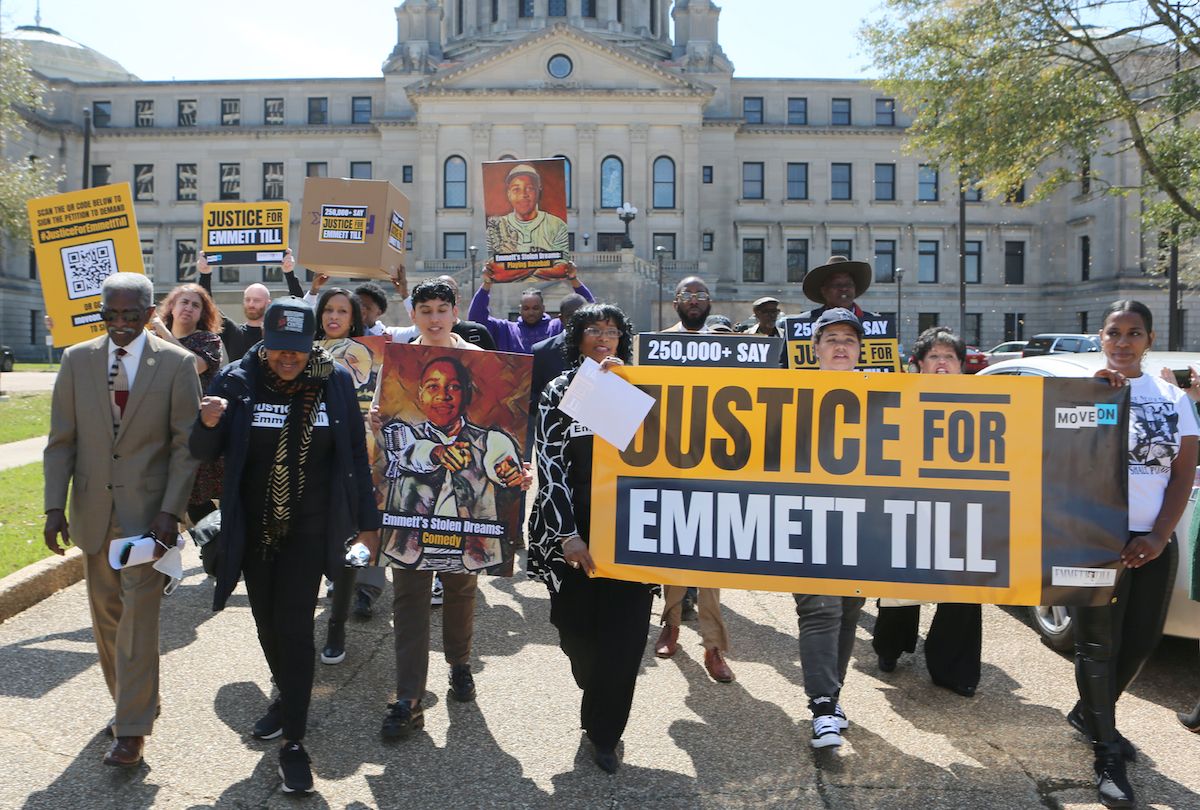 Family members of Emmett Till met at the Mississippi State Capitol on Friday to speak on their plans to seek justice for the kidnapping and lynching of Till over 66-years ago.

Deborah Watts, a cousin of Till and co-founder of the Emmett Till Legacy Foundation, revealed that they've assembled a petition containing 250K+ signatures that they later delivered to the Walter Sillers government building to request that a murder sentence be handed down to Carolyn Donham, whose accusations against Till in 1955 led to his death at the age of 14.

"We will bear witness to the hatred that has been embedded in our DNA since the slave ships arrived," said Watts on Friday during a speech given at the Capitol first quoted by the Clarion Ledger. "We made a promise to Mamie (Till) that we would persist and that's why we're here today."

In the summer of 1955, Till was visiting relatives near Money, Mississippi and encountered the woman, whose last name was Bryant at the time, at a grocery store she helped run. Bryant, 21-years-old at the time, made accusations that Till made flirtatious advances towards her and a few nights later her husband and his step-brother pulled the young boy out of his great-uncle's house to beat him, torture him, and eventually kill him. Both men were charged with Till's murder, but were ultimately acquitted.

After Till's body was retrieved from the Tallahatchie River it was sent back to Chicago, where Till was from, and his mother arranged for an open-casket funeral so that no one could look away from what had been done to her son.

In 2018 the Till case was re-opened based on new information that had been discovered and detailed in the book "The Blood of Emmett Till" by Timothy B. Tyson. In the book the author quotes a 2008 interview with Carolyn Donham where she admits to fabricating her accusations against Till.

"Nothing that boy did could ever justify what happened to him," the book quotes Donham as saying.

During their assembly at the Mississippi State Capitol on Friday Till's cousin, Deborah Watts, said that Carolyn Donham, now 88, has never reached out to the Till family to apologize.

"We hold the State of Mississippi responsible for bringing justice forward," Watts said to a member of Fitch's office. "You have the opportunity. You just need the will and the courage to make that happen."