How the red panda became the face of cute rebellion, from "Turning Red" to "Aggretsuko"

In Pixar's latest film, as in life, teenage girls are onto something when it comes to this fierce fuzzball 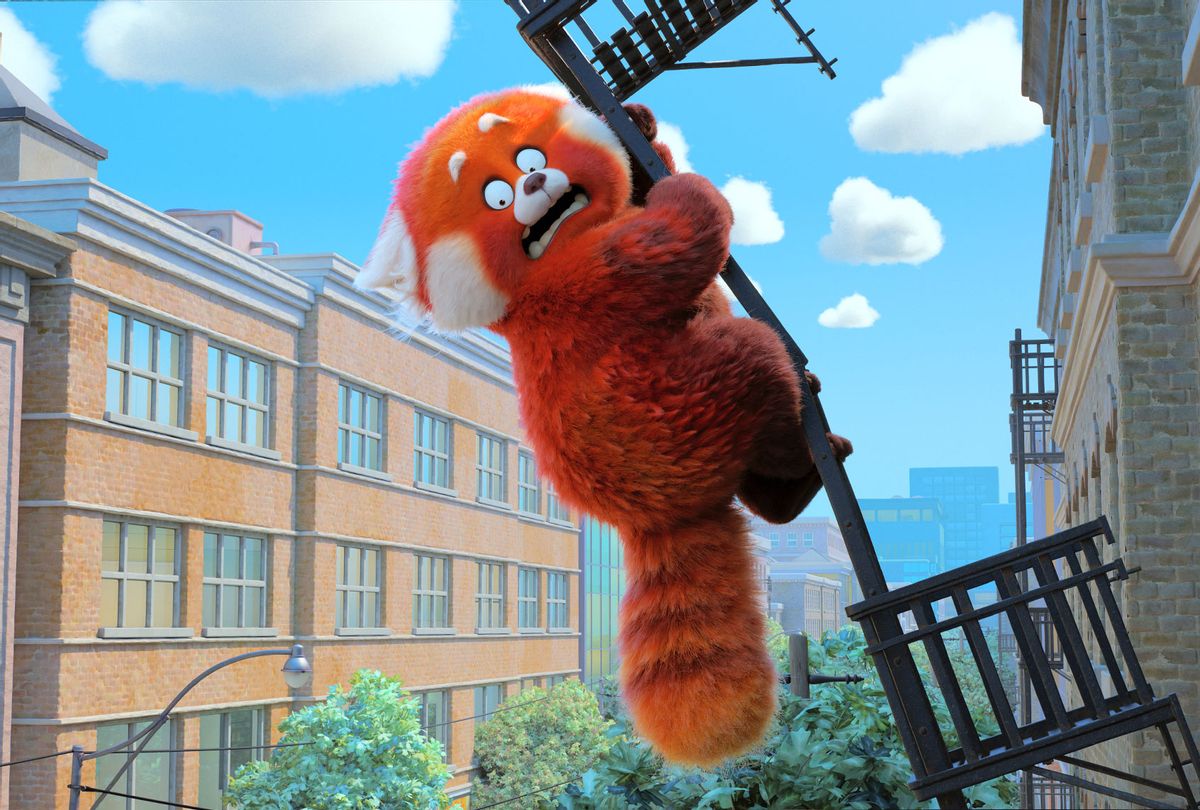 In "Turning Red," the Pixar-produced film airing on Disney+, a 13-year-old girl named Mei who lives in Toronto turns into a red panda whenever she feels a strong emotion, ranging from anger over her mother's strict parenting to crushing on her and her friends' beloved boy band, 4*Town. The red panda Mei poofs into is giant, bright orange-red and adorable, capable of turning even the mean girls at school into cooing, weeping fans. As Mei's friend Abby says, pleading for her to turn into the creature so Abby can hug her: "Just a little hit! It's so cute!"

In this movie, as in life, teenage girls are onto something. Why are red pandas so irresistible? Athletic, pint-sized and fierce, they're not even a "real" panda, and yet, they are also the best panda.

Related: What the fuzzy animals of Netflix's "The House" can teach "Don't Look Up" about climate anxiety

Mei's panda is much larger than life (without giving any spoilers, so are some other animals in the film). Her jumbo size is part of the animal character's appeal, like a blazing red Totoro. She has to duck to get into the bathroom at school, can barely fit in her own bedroom and ends up destroying quite a few things just by turning around. When Abby comes in for a hug, it's like embracing a room full of fluff.

As Mei becomes a red panda more and more, she becomes dexterous just like the real animals are — and unlike them, capable of performing the same 4*Town dance moves as her friends, her giant puffy tail wagging in time. How she navigates the world as a red panda — basically, having to relearn her own life in a new form — seems like a pretty good metaphor for adolescence. Suddenly in a different body, everything is changed.

In reality, red pandas are on the petite side. According to National Geographic, they "typically grow to the size of a house cat, though their big, bushy tails add an additional 18 inches." And like your fluffy house friend, they wrap those tails around themselves when they're sleeping for extra warmth. Squee.

Red pandas need that blanket tail because their natural habitat (which is threatened) includes high altitudes, mountains in Nepal, China and Bhutan. Despite their cuteness, they're hardy creatures, used to surviving in cold and snowy conditions. With thick fur even covering their feet, only their noses are exposed to the elements. They live much of their lives in trees, and as such, are excellent climbers. They use that cute ringed tail for balance too, along with cat-like claws and feet that can rotate 180 degrees.

It was the climbing prowess of the red panda that allowed a real-life one to escape its enclosure in 2020 at the Columbus Zoo. Two-year-old Kora was a newcomer to Columbus (where I saw red pandas for the first time as a child), her athleticism, bravery and cunningness on display early as she first explored her enclosure. As documented on the National Geographic reality series "Secrets of the Zoo," which also airs on Disney+, her keepers expressed concern as she headed immediately for the top of a chain link fence.

In a short time, she would be, spotted by zoo visitors between the rhinos and the elephant building after going missing two days previously. Keepers thought she had escaped during a storm (it wouldn't be the first time or the 10th time for a red panda). Portions of the zoo were blocked off, and keepers gathered below her, trying to persuade her to come down from the tree with treats. Kora climbed higher.

Keepers brought in reinforcements in the form of her twin cubs. Kora had given birth only a month before and was still nursing, having been brought to the zoo to breed (her mate stayed complacently back in the enclosure). One of her cubs, perhaps prophetically, was named Bandit.

Kora became an internet legend when keepers held her twins up, and she still refused to be lured down. She made this face, recognizable to many moms who have finally left the house and just want some alone time. In this tree is fine.

Kora Bueller's Day Off came to an end when the zoo decided to tranquilize her, and she fell uninjured 10 feet into a waiting net. But the story of her joyride lives on. So does her adorable, impish face. The Columbus Dispatch described her as "The 19-pound mammal, which is not considered dangerous, has striking red coloring and resembles a raccoon."

Perhaps it's the "not considered dangerous" part that makes red pandas so endearing. You don't expect them. They frequently have their tongues out. Little eyes shining, they look like they're smiling. And yet, like a cat, their claws are semi-retractable and sharp enough to grab slick bark, to climb down from trees head-first, the only animals to do so. They eat mainly plants, including bamboo, but will also snack on bird eggs and small lizards. So, watch out!

They seem like they have secret lives — and in fiction, they do: In Netflix's "Aggretsuko," a red panda office worker by day screams hardcore metal karaoke by night, like a fierce, fuzzy "Jem and the Holograms."

Scientists struggle with how to define them. As National Geographic writes, "The red panda has given scientists taxonomic fits. It has been classified as a relative of the giant panda, and also of the raccoon, with which it shares a ringed tail. Currently, red pandas are considered members of their own unique family — the Ailuridae."

An animal that doesn't seem to fit in anywhere — it makes sense that the young teen heroine of "Turning Red" would find herself as this creature; she's still trying to find herself in general. And the absence of so-called "standing mythology" of the red panda is partially what attracted the filmmakers to the animal in the first place. "We wanted the space and the room to come up with a whole legend," "Turning Red" director Domee Shi said.

A legendary rebel already, there's nothing less about this so-called "lesser panda." And as for Kora, the Columbus Zoo escapee? She awaits your call, Hollywood.

"Turning Red" is streaming on Disney+.