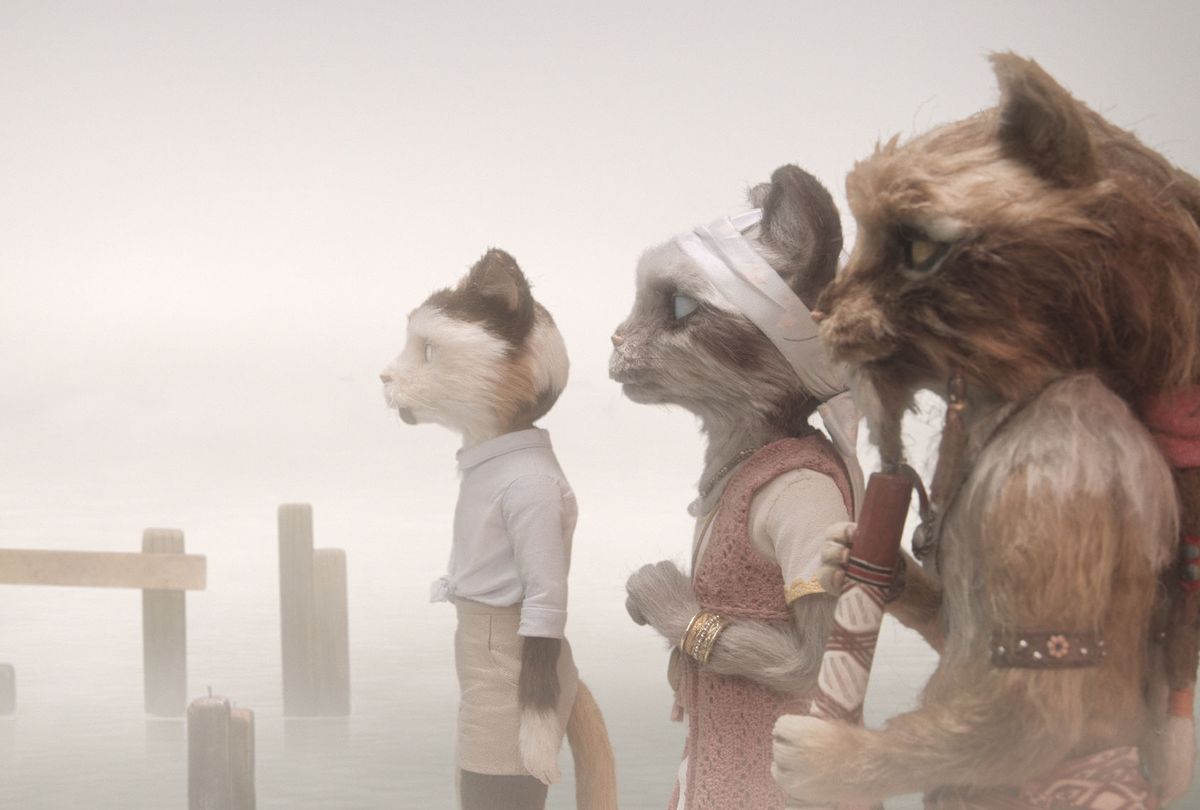 One of my favorite books is "The House Next Door" by Anne Rivers Siddons. Published in 1978, the book was a departure for Siddons, who often wrote sweeping, realist family novels rooted in the American south, where she was born. But "The House Next Door," which became a New York Times bestseller, is a horror novel about what happens when a vacant lot is sold next to a middle-aged couple, and a new house is built there, a terrible, modern house where bad things keep happening.

Houses can contain many horrors, not just of the ghostly variety. I grew up in a 200-year-old farmhouse in Ohio. There was, hidden in our fireplace hearth, the skeleton of a cat. When my parents purchased the old home, it had fallen into disrepair. During the many fixes, workers tore up the hearth and uncovered the skeleton. They rested it on the mantle while they poured new concrete for the fireplace base. And then, as the concrete set, the skeleton accidentally fell in again. It is still buried there, as far as I know.

A central plot of Disney+'s 2021 film "Encanto" is the threatened destruction of an old house, a house from which a family draws their powers and strength, which shelters them as well as provides a symbol of security for a whole community.

And so, The Guardian describes "The House," Netflix's 2022 horror anthology, as "a funny little curio to take your mind off everything for a bit." But I found the trio of stop-motion animation films, written by Enda Walsh, to be quite the opposite. They sent my mind to thoughts that felt very current and very real, especially climate anxiety.

Stop-motion animation is the perfect format for the hoarse, whispered messages of "The House": a form of animation where objects gain lifelike but not totally realistic movements, and a painstaking process of art-making. Stop-motion gives the anthology a jerky absurdism. We don't like our lessons lectured directly at us. Maybe meaning will go down better with a spoonful of sugar — or, voiced by a fuzzy cat in a narrative that is childlike but not really for children. Maybe it will be more effective if the story is a surreal fable, only half-told.

The first story of "The House," directed by Emma de Swaef and Mac James Roels, is set in the 1800s. After a family man is embarrassed by visiting, snobby relatives, he drunkenly meets a mysterious old man, "an architect of great renown," in a glowing, Cinderella-esque carriage in the woods. The man offers him a deal to build the family a brand new, glorious house for free.

Anyone who knows their way around faerie tales knows you need to be cautious with old women in the woods. But old men? The father, Raymond (Matthew Goode), goes for it, uprooting his family who leave their humble but perfectly serviceable home, soon to be torn down, and move into the architect's mansion on the hill. 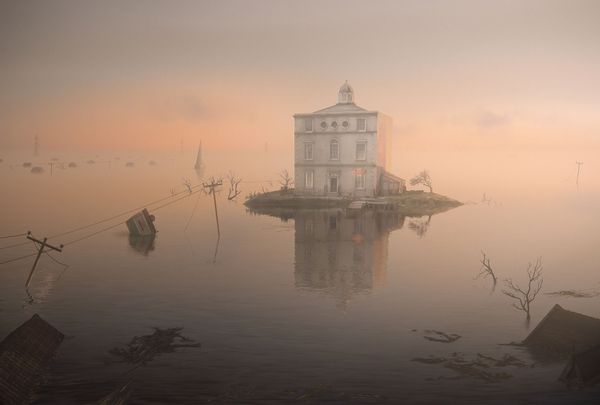 Things aren't what they seem. They never are, and as often happens, only children notice (Mia Goth as Mabel and Elanor De Swaef-Roels in a Maggie Simpson-level performance as Baby Isobel). The parents are taken in by the lavish surroundings, free fancy clothes, and free food that happens to simply appear as if magicked by house elves. The house continues to be built around the family, in a kind of Winchester Mystery House maze of stairs that lead nowhere and doors that open onto deadly drops.

The next film in the anthology, directed by Niki Lindroth von Bahr, is set in the same house, which now seems to be settled in its form. At least, the zombie-like workers aren't there to keep building it. Instead, only a hardworking house-flipper (Jarvis Cocker) is around. He's also a rat.

It's the present day and our rat hero is hell-bent on keeping the outside of the house historic and pristine, while updating the inside with all the modern conveniences luxury home buyers have come to expect. Flat screen TVs, a wired kitchen, a jacuzzi tub. Meanwhile, the rat restorer sleeps on a cot in the basement, just biding his time for when he can sell the house, make a profit, and maybe win the love of the mysterious caller he keeps dialing for support.

This is billed as horror so we know it's not going to work out, and it doesn't. The disastrous open house has only two interested perspective buyers ("very interested"), an odd older couple who simply never leave. It's a modern horror, one that seems plausible, and this is by far the most unsettling piece of the trio of films, grotesque and disturbing. (And I happen to like possums.)

The third and final part of "The House" feels the most like a novel, a sweeping dystopia that would be given the bestseller treatment and maybe a streaming adaptation. Now the familiar, cupola-capped house is the last structure standing in a kind of "Waterworld" wasteland. The house has a landlord named Rosa (Susan Wokoma), a cat trying to keep it together and restore the building, converted into apartments, after a mysterious flood has driven away all of her tenants except two: Jen (a breezy Helena Bonham Carter) and Elias (Will Sharpe) who pay her in crystals and fish, respectively. A pink mist surrounds the house. There's simply nothing else—no other structures, no land in sight, only a fuzzy otherness creeping ever closer like the Nothing in "The Never-Ending Story."

What these stories have in common is not only the central location of the house, but an anxiety about nature. Nature coming in, nature being bad, nature going haywire.

According to legend, Sarah Winchester thought she must keep building onto her grand house to appease the spirits of those killed by her family's guns; other historians think she simply wanted to make the house right. We're not sure why the architect in "The House" has to keep building, but he's certainly destroying the bucolic countryside in order to do so, to make his modern creation "a beacon of light on the hill." Nature is something to be tamed, beaten down, destroyed in the service of progress, like the gas lights that flicker on in the first story. The rat Developer and Rosa have to keep preserving and updating the house: sticking up strips of wallpaper that humidity rolls down, painstakingly applying baseboards that bugs stream out of.

The characters fear the wild returning, even though they are themselves wild creatures. In the first story, the human characters look like potatoes. By the second and third, the humans have been replaced by animals: pests such as rats, beetles, scruffy cats, and some kind of terrible possum-looking thing in a fur coat. The reversion of the rat Developer into his natural state—no longer a dapper, striving entrepreneur but a dirty rodent — is gross, like seeing Donald Duck without his shirt. He's given up, surrendered to the madness of his uninvited house guests, who invite more guests of their own and give in, go wild, literally chewing the furniture. 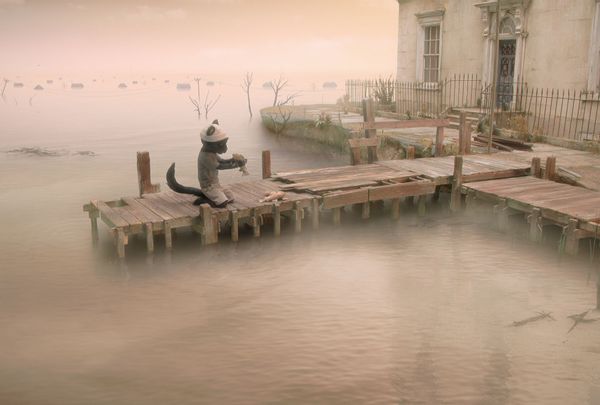 Will Sharpe as Elias in "The House" (Netflix)

"They lived here before, you know," one of the Odd Couple (Yvonne Lombard) says in a vaguely European accent. Which raises the question: What happened to the house in the scenes we didn't see, in the years the film skipped over? What caused its downfall? What brought the flood?

Climate change is not discussed by name in the last film, directed by Paloma Baeza — much is left unsaid in all of these stories, which seem more like dreams than fully realized narratives — but it feels like a heavy, unseen presence. Something causes the terrible flood that swallows the garden, the fog that erases the horizon. Then water starts to creep inside the house itself.

Rosa's inability to take action, to make a decision, feels familiar to us living in a time of climate indecision and denial. She sticks flowered wallpaper on crumbling walls destined to fall.

While the first story of "The House" is perhaps the most complete, reminding me of Jim Henson's "The Storyteller" and Julie Traymor's "Fool's Fire" in its stark, dark beauty — the last section is the most atmospherically affecting, the most relatable and as such, perhaps the most real. It's coming for us, if not the water than the fire or the drought or all of the above, and someone needs to do something, as the character of Cosmos (Paul Kaye), a hippie traveling cat, does here. Someone needs to build something — a levee, a lever, a really big boat, a plan — and make a change as the world shifts.

As the creatures, human and otherwise, discover . . .  nothing lasts forever. Not even a house. Not even the house of a planet we've trashed.

"The House" is now streaming on Netflix. Watch at trailer for it below, via YouTube: