The climate crisis report card for 2021

Earth threw up warning signs left and right in 2021 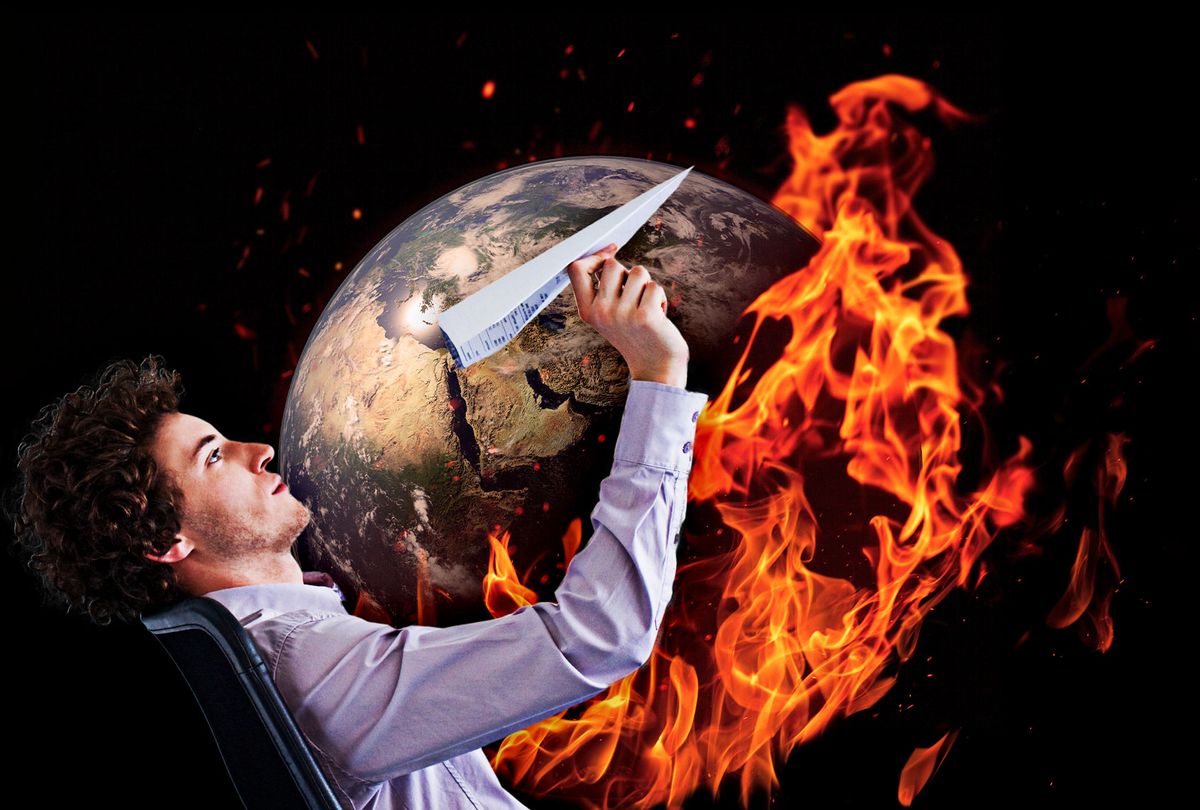 While COVID-19 was the most conspicuous science story of 2021, it may not have been the one with the most significant long-term consequences. This is not to say that the pandemic wasn't continually traumatic and tragic; to the contrary. But in 50,000 years, when the effects of industrial pollution from this century are still affecting Earth's climate, the coronavirus pandemic will be but a minor historical blip compared to the long-term ramifications of greenhouse gas emissions.

That is why climate change remained a major news story in 2021 — even though, if you based your conclusions on the behavior of major political leaders, you might not have recognized that. Ominously, the climate change–related disasters are getting more intense, year after year. Although it is unlikely, one can only hope that the Earth doesn't throw up as many warning signs in 2022 as it did in 2021.

The "Doomsday Glacier" is sending up a big red flag.

There is a glacier in western Antarctica that is as large as the state of Florida. Known as Thwaites Glacier, it goes by the nickname "Doomsday Glacier" because its melting could directly cause sea levels to rise all over the world. For instance, if an eastern ice shelf that holds up a drainage basin full of ice and water were to collapse, that single development would on its own raise the height of Earth's oceans by more than two feet.

Unfortunately, scientists earlier this month at the annual meeting of the American Geophysical Union (AGU) revealed that this appears to be starting to happen.

Imagine how a glass window develops cracks if there are structural problems near its base, with the spiderwebs of growing and criss-crossing fractures eventually causing the whole pane to shatter. That could be the scenario facing the eastern ice shelf. As scientists pointed out, the warming ocean water has loosened Thwaites Glacier's grip on an adjacent land mass. Observers have already identified surface fractures that only grow as temperatures continue to increase.

"It is one significant step along the path of Antarctic ice sheet collapse and major inundation of our coastlines," Dr. Michael E. Mann, a distinguished professor of atmospheric science at Penn State University, told Salon by email. "A worrying sign that really does underscore the urgency of climate action."

A vital series of ocean currents is about to stir things up.

We tend to think of waves and currents as unchanging, and to some extent that is true.

Take AMOC, or the Atlantic Meridional Overturning Circulation. It has existed for thousands of years, so much so that countless species have grown used to it, even though it is often compared to a system of conveyor belts. The main "belt" flows north with warm water until it reaches the northern Atlantic Ocean, where it cools and evaporates. By the time it is done, the water in that area has become so salty that its temperature drops and it sinks, flowing south to create an additional current. This pair of "belts" is connected by a number of other oceanic features in the Nordic Sea, Labrador Sea and Southern Ocean.

Unfortunately, an August report in the journal Nature Climate Change described how global warming has led to "an almost complete loss of stability over the last century" within those currents. The good news is that the study remains controversial; the bad news is that, if it proves true, humanity could be looking at a radical and permanent shift in its way of life. Any disruption in AMOC is likely to cause rising sea levels along the North American eastern seaboard, plunging temperatures and increased storm frequency in Europe, and new weather conditions that result in food shortages in India, South America and Western Africa.

President Joe Biden tried to be a transformative president when it came to climate change, but was stymied by partisan politics.

It was never going to be easy for Democrats to pass sweeping climate change reform — any meaningful bill was bound to be expensive and involve sweeping regulations that alienated powerful interest groups — but, because Biden entered power with a Senate split exactly in half, and Republicans determined to obstruct by acting as a unit, he had literally no margin for error.

In the case of saving the world from global warming, the name of Biden's margin for error was spelled "Joe Manchin." The powerful West Virginia senator with financial ties to the coal industry nipped in the bud any chance of developing a power sector that would be entirely free from carbon pollution by 2035, which was one of the incoming president's signature goals. Soon, though, it became clear Manchin was dissatisfied with every increasingly watered down substitute that Democrats offered in place of the original ambitious target. As Salon's Amanda Marcotte recently observed, Manchin and Arizona's Kyrsten Sinema (his Senate Democratic partner throughout the year) never negotiated in good faith. It now remains to be seen if Biden will be able to do anything meaningful to protect the planet from climate change before the end of his term.

The supply chain crisis foreshadowed how climate change will destroy our economy.

While economists often talked about the supply chain crisis of 2021 in terms of supply and demand, the product shortages also gave Americans a glimpse of another way climate change will alter their future.

"Various hazard events can disrupt food supply chains by impairing production of and access to food," Christa Court, an assistant professor of regional economics at the University of Florida, told Salon by email in August. As infrastructure is destroyed by climate change, it will be more difficult for foods to be brought to markets far away from where they are produced. Fluctuating conditions in temperature, hydration and other weather factors will damage countless agricultural crops. Problems with water quality and soil degradation will further limit ongoing food production needs. Take oranges, as one example.

"A major drought in California or freezing temperatures in Florida can throw a wrench into this market," Dr. Ariel Ortiz-Bobea, an associate professor of applied economics at Cornell University, explained in August. "Those events can drastically reduce the supply of oranges from those regions. While oranges can be produced in other areas (e.g. Brazil), acquiring them is much more expensive especially if the supply chains are not already established and prepared to larger volumes."

There was some good news from Glasgow.

It would be a mistake to end this on a down note, as there were some positive signs for Earth in 2021.

The main glimmer of hope came from the 2021 United Nations Climate Change Conference, better known as COP26 (as it was the 26th conference of its kind). Although China and India were able to weaken an initiative that would have eliminated subsidies to fossil fuel and coal power, the Glasgow Climate Pact was still the first climate deal that explicitly called for reducing humanity's use of coal. What's more, different nations made increasingly ambitious carbon pledges that if held would keep the world to only 1.8 degrees Celsius of warming. This would put the world on track to meet the Paris climate agreement's goals.