The "Doomsday Glacier" may partially collapse. If it does, Earth's sea level will rise by 2 feet

The melting of at least part of the Antarctic Thwaites Glacier, long predicted, may finally be upon us 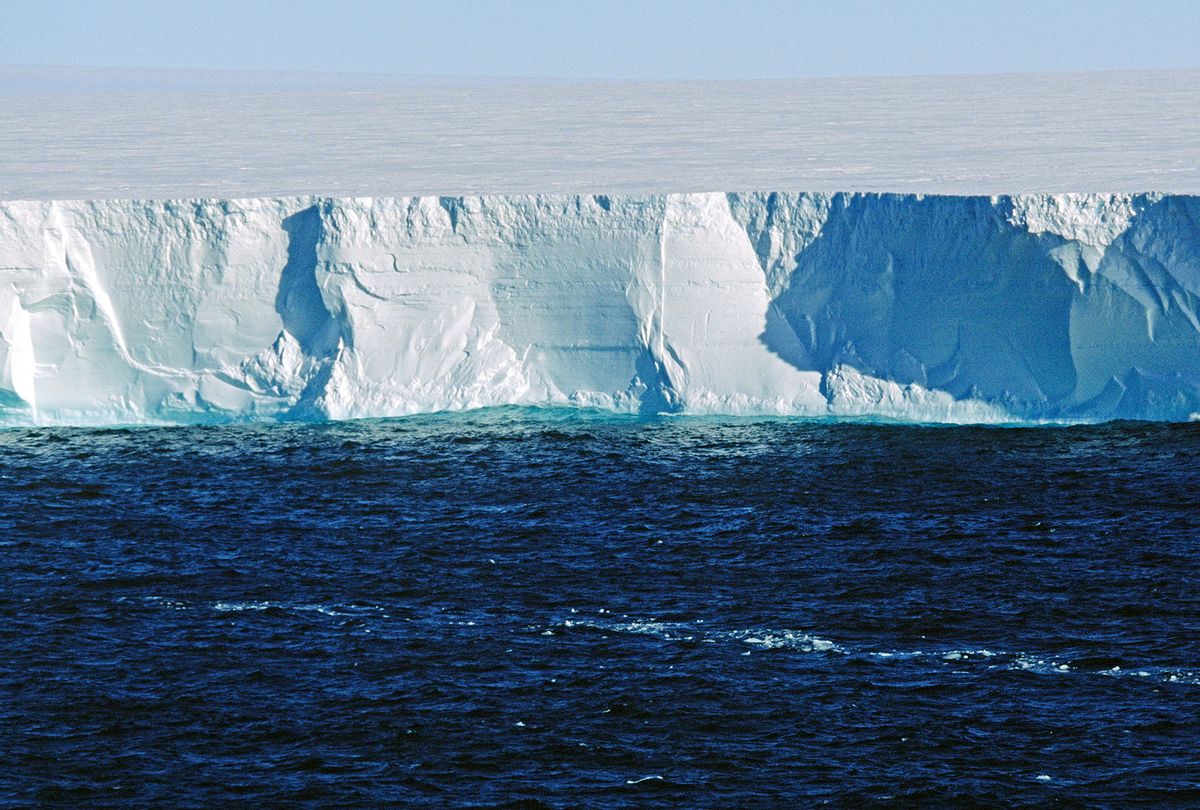 The widest glacier on the planet — nicknamed the "Doomsday Glacier" because its collapse could trigger a chain of events resulting in millions of people being permanently flooded out of their homes and becoming climate refugees — is showing signs of collapse.

It's called the Thwaites Glacier, and it is the size of Florida. And what happens to it in the next few years could radically alter the future of human (and Earth) history.

Located in western Antarctica, Thwaites Glacier currently empties 50 billion tons of ice into the ocean every year. As a result, the glacier is already responsible for roughly four percent of the planet's annual sea level rise. That's because when it warms enough to belch ice into the water, that ice slowly melts, causing the overall volume of water in the ocean to increase.

Fortunately, there is an eastern ice shelf on the Thwaites Glacier that holds back a significantly higher quantity of ice. If all of the ice that exists upstream in the glacier's drainage basin were to melt, it would raise the height of our oceans by more than two feet.

Now, scientists believe there are signs that terrifying scenario might come to pass.

During a virtual press briefing on Monday, researchers at the annual meeting of the American Geophysical Union (AGU) explained that the Thwaites Glacier is becoming unstable at its very foundation. The glacier, which spans approximately 80 miles and reaches depths of roughly 2,600 to 3,900 feet, begins as an ice mass attached to underwater land known as a seamount before eventually taking on a life of its own as a floating ice shelf in the Amundsen Sea. As the ocean water has warmed, and reached the area where the glacier rests atop the seamount, it has loosened the glacier's grip. This, in turn, has caused the glacier to develop surface fractures that cross it like spiderwebs. Just as a glass window might shatter if it starts to develop enough cracks, scientists are concerned that the same thing could happen with Thwaites Glacier.

Thwaites has been deteriorating for a while: It has already lost 1,000 billion tons of ice since 2000. If the ice shelf starts to collapse, the best case scenario is that it would do so slowly, but even then it would almost inevitably wind up causing at least two feet of sea level rise. According to Ted Scambos, a senior research scientist at the Cooperative Institute for Research in Environmental Sciences (CIRES) and the lead coordinator of The International Thwaites Glacier Collaboration, that could just be the start.

"It could lead to even more sea-level rise, up to 10 feet [3 m], if it draws the surrounding glaciers with it," Scambos explained in a statement.

Climate scientists who spoke with Salon expressed concern with the recent developments in Thwaites Glacier.

"This isn't the lynchpin for the collapse of the west Antarctic ice sheet, but it's a worrying development that underscores the urgency of efforts to decarbonize our civilization," Dr. Michael E. Mann, a distinguished professor of atmospheric science at Penn State University, told Salon by email. He later added that "it is one significant step along the path of Antarctic ice sheet collapse and major inundation of our coastlines. A worrying sign that really does underscore the urgency of climate action."

His views were echoed by Dr. Kevin Trenberth of the National Center of Atmospheric Research (NCAR) in Boulder, who told Salon by email that "the risks are likely many years into the future, but the problem is that these processes are hard to stop. Even at 'net zero,' sea level will continue to rise and cause havoc in coastal cities."

Indeed, one of the major problems that will be caused by climate change is uncontrollable coastal flooding due to rising sea levels. According to a report published by the journal Environmental Research Letters in October, there is enough carbon dioxide already trapped in our atmosphere that a certain amount of sea level rise (and thus coastal flooding) is unavoidable. Those scientists estimated that roughly five percent of the population (approximately 390 million people) live in cities, towns and other coastal communities that will be flooded due to climate change. It is likely that around 6.7 percent of New York City's population lives on land that will be under the high tide line.

Under worst case scenarios, the amount of coastal flooding will be significantly higher. Asian nations are expected to be particularly hard hit, but the United States will not be spared. If global warming increases planetary temperatures by 1.5°C, more than 9 million Americans (roughly 2.8 percent of the population) would be directly impacted. Double that to 3°C and suddenly 7.9 percent of the American population, or more than 26 million people, would see rising sea levels where they live.

The melting of Thwaites Glacier is not the sole canary in a coal mine related to climate change. Earlier this year, a controversial report in the journal Nature Climate Change held that a series of ocean currents known as the Atlantic Meridional Overturning Circulation (AMOC) could be weakening. If that happens, or if it shut down, there would be rising sea levels along the North American eastern seaboard. In addition, there would be plummeting temperatures in Europe, while people in India, South America and Western Africa would experience food shortages.

Indeed, as the Earth warms, there are going to be many other problems in addition to rising sea levels. Supply chain disruptions will cause shortages in vital supplies from food to microchips. There will be far more extreme weather events like hurricanes and thunderstorms, and wildfires will regularly affect particularly dry areas. Large sections of land will be harder to inhabit due to heat and drought, and diseases will become more prevalent as overcrowding worsens. Rising sea levels will be a big problem, but also only the beginning.

Read about other canaries in the coal mine: