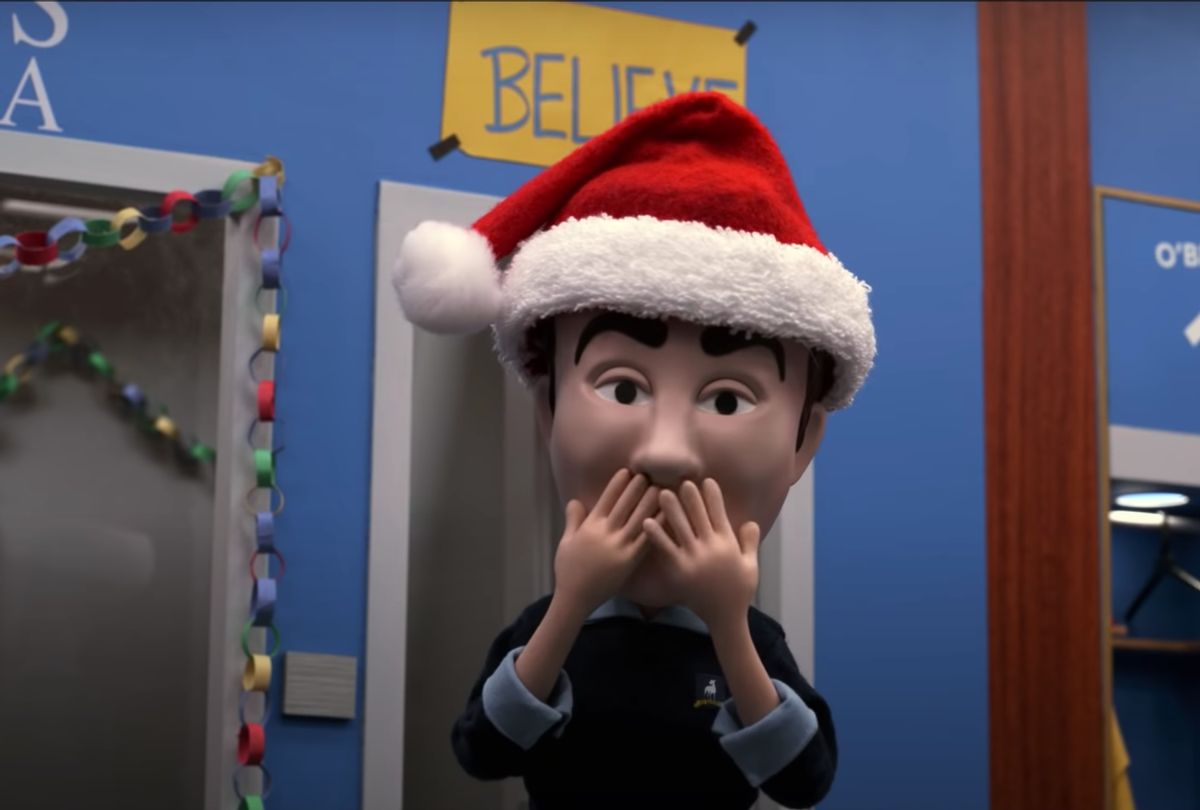 Move over, Rudolph and the Abominable Snowman. There's a new stop-motion animation classic for the holidays.

Christmas comes early (again) for Apple TV+'s Emmy-winning series "Ted Lasso," which has dropped a bonus short film following the adventures of our favorite Midwestern football coach in England. Clocking in at around four-and-a-half minutes, it's a yuletide amuse bouche for those who are getting impatient with opening the tiny flaps on their advent calendars.

RELATED: Forget "Ted Lasso" – give me a "Bend It Like Beckham" TV show

In the short, we see clay versions of Ted (Jason Sudeikis) & Co. come together to solve a dilemma, not passively waiting around for a Christmas miracle. Each character, from Roy and Beard to Nate and Keeley, offer their best efforts but to no avail. Of course, since this is a "Ted Lasso" Christmas treat that is family-friendly (yes, even Roy gets bleeped), the quandary is fixed in the St. Nick of time so that all may be merry and bright. (Although, as is tradition with holiday stop-motion fare, it is still a bit creepy.)

While the short features the actual voice talents of the actors for their clay counterparts, it doesn't feature any AFC Richmond players with the exception of Jamie Tartt (Phil Dunster), complete with his signature scarred eyebrow. Each of the characters are recognizable to varying degrees, but the attention to detail paid to recreating the main title sequence and the locker room, even the yellow "Believe" sign, is spot-on.

Of course, this is the second dose of yuletide cheer that "Ted Lasso" has doled out this season after the Christmas one-off episode "Carol of the Bells" debuted in August. This installment is a sweet and silly interlude that lives in that pocket of time and space before all of those heartbreaking betrayals.

Watch "Ted Lasso – The Missing Christmas Mustache" below, via YouTube.