"Ted Lasso" has a message for everyone: Get you a man like Roy Kent

He's here, he's there, he's every bleepin' where. Every week Roy Kent makes us wish there were more men like him 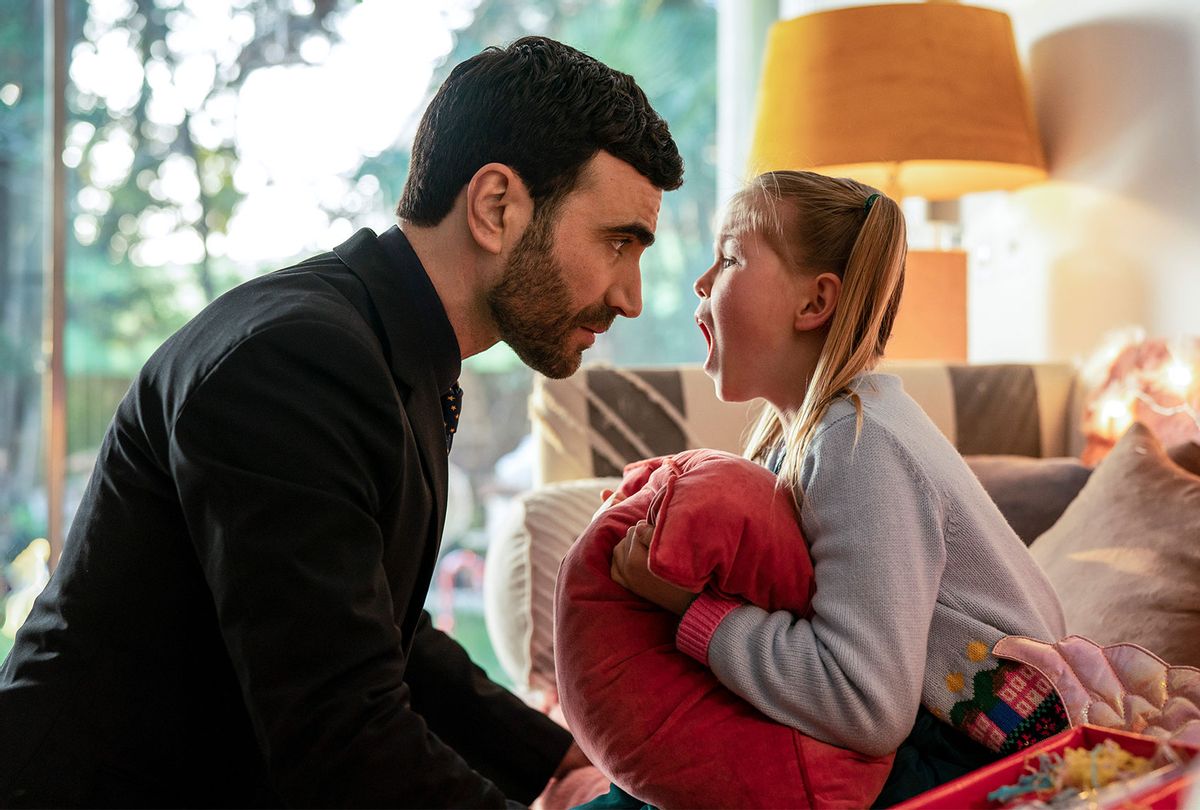 If it weren't for Roy Kent, romance addicts would be having a dry summer. We're flooded with "Love Island" nonsense, swimming in FBoys and men who questionably describe themselves as nice guys. For the briefest of moments in June an unnamed executive at DC sent the sex-positive Internet into a tizzy by declaring that Batman would never go down on Catwoman because "heroes don't do that."

At that point the "Ted Lasso" second season episode "Lavender" had not dropped on Apple TV+, which is a shame. It provides indisputable evidence to the contrary.

Roy, a football legend played by comedian and writer Brett Goldstein, has a dagger-loaded gaze and a gravelly voice that would sound terrific emanating from underneath a superhero's cowl. His girlfriend Keeley Jones (Juno Temple) has a more sensible suggestion, which is that he audition for a TV sportscasting gig.  As a marketing consultant for the recently relegated football (aka soccer) club AFC Richmond, Keeley has a sense of how to leverage her man's fame into a lucrative post-retirement career. But Roy rebuffs her time and again before finally agreeing to give it a shot.

When it turns out to be precisely what he needs to jolt him out of his post-retirement malaise, our hero returns to Keeley's place, sits her down on the couch, kneels before her and tenderly says, "You helped me to help myself. Again. So I wanted to thank you properly."

That was the scene in which Roy Kent became 2021's Sexiest Man (We Wish Were Actually) Alive.

Roy's gruffness and masterful application of swear words and blue descriptiveness already made him one of the show's best-loved characters. Through AFC Richmond's fans we learn about everything that went into his stellar reputation: the anger that powered his aggressive playing style, his strength, his speed.

For a decade, an announcer says, a chant celebrating his prowess rang through stadiums, and it echoes enough to impress itself in the minds of "Ted Lasso" fans: "He's here, he's there, he's every-f**king-where/ ROOOOOY KENT!"

But with maturity and a deteriorated knee forcing him to retire, "Ted Lasso" viewers are treated to Roy's other compelling qualities, such as the way he's quietly learning to own his vulnerability.

Roy isn't just the man millions wish they could date. He's also the kind of bloke some men aspire to be.

Roy's the guy who knows vanilla vodka is a drink for man-children. He protects his date's privacy from an intrusive tabloid photographer, then leads her back to his place to cook her dinner. Not order it, cook it.

He's the taciturn male friend who surprises a woman he loves platonically and respects completely by nixing a suitor that's beneath her: "You deserve someone who makes you feel like you've been struck by f**king lightning!" he tells AFC Richmond's owner Rebecca (Hannah Waddingham) after meeting the perfectly nice and entirely boring guy she's dating. "Don't you dare settle for fine."

The holiday-themed fourth episode, "Carol of the Bells," brings Christmas to the show's true believers a few months early. But every installment of Season 2 contains a bit of Valentine's Day magic courtesy of Roy and Keeley, in case you haven't noticed. Assuming you can see, that's impossible.

The latest season thickly lays on the romantic comedy, which is intentional and may be a balm to soothe the sting of what's to come: "Jason always said, this season is 'The Empire Strikes Back,' and he's right," Goldstein told Salon in a recent interview.

If that's so, there are worse roles to play than Han Solo.

Don't get us wrong – Roy Kent is very much his own sexy beast. Upcoming episodes show sides of him we've never see in Han Solo or, for that matter, any of Harrison Ford's action heroes. This is not a sudden character shift, either. Throughout the first season, Goldstein and the other "Ted Lasso" writers drop hints that Roy's stern scowl, intimidating grunts and foul mouth obscure a trove of charm.

Our first encounters with Roy lead us to believe he's impenetrable. That's before we see how gently he interacts with his cheerful young niece Phoebe (Elodie Blomfield) and how seriously he takes being an uncle. Phoebe is a short, bubbly pixie who giggles at Roy's frequent eruptions of crude, reminding him that every curse word equals a contribution to a swear jar. That thing must be the worth the gross domestic product of a small nation by now.

But it's also obvious that Roy views Phoebe as a gift. He recoils at Ted's assigned reading of "A Wrinkle In Time," but learns the leadership lesson his coach hoped it would bestow upon him through the course of reading it to his niece. From there he embraces his duties as team captain by defending the most bullied member of the team.

Through these actions, Keeley comes to realize that instead of wasting time with (F)boys like AFC Richmond's egotistical, intellectually challenged Jamie Tartt (Phil Dunster), she needs to be dating a man. Specifically, this man.

"What's interesting about Roy to me is he's emotionally inarticulate, but it's all there," Goldstein explained. "It's all under the surface. He's a man at war with himself constantly with his vulnerable side and his tough exterior that he has built to navigate the world he's in."

The slow reveal of how much Roy values the women in his life adds its own distinct strain to the overall vibe of niceness dominating "Ted Lasso."  While the larger show slyly examines the way toxic masculinity manifests in the people you'd least expect, Roy embraces his version of manliness without sacrificing his relationships with women.

His dedication to his yoga group is particularly wonderful, since he claims to hang out with the 60-something women who are in it because they treat him like a normal person. At the same time, he isn't above lending emotional support when one of them needs him, even if that means guzzling cheap rosé with them as they enjoy a trashy reality show.

One downside to Roy is that he can be too accommodating: "Didn't your last girlfriend steal your Rolex and sell it for drug money?" Keeley asks him before they begin dating. He testily responds with, "So? I don't need a phone and a watch!"

Still, watching the two of them operate as a couple, and being mindful about the affection they give to one another, ensures at least one reliably heart-melting moment every week. "Carol of the Bells" allows us to see how Phoebe mixes with Roy and Keeley, enabling them to play out their own version of a widely beloved holiday romance's best known scene.

"We wanted to do a thing you don't see a lot in in love stories on TV and film," Goldstein said, explaining that building plots around the beginning of a love story and its end are typical. "We wanted to see if we could craft something about a couple who are currently working together and make that just as interesting and engaging and romantic and difficult and dramatic and funny and sad and sexy and sweet – all the things."

From our perspective, they have . . . by showing us  that in relationships, as in football, Roy Kent leaves everything he has out on the pitch. And we love to see it.