Volodymyr Zelenskyy’s political satire series, "Servant of the People," is back on Netflix 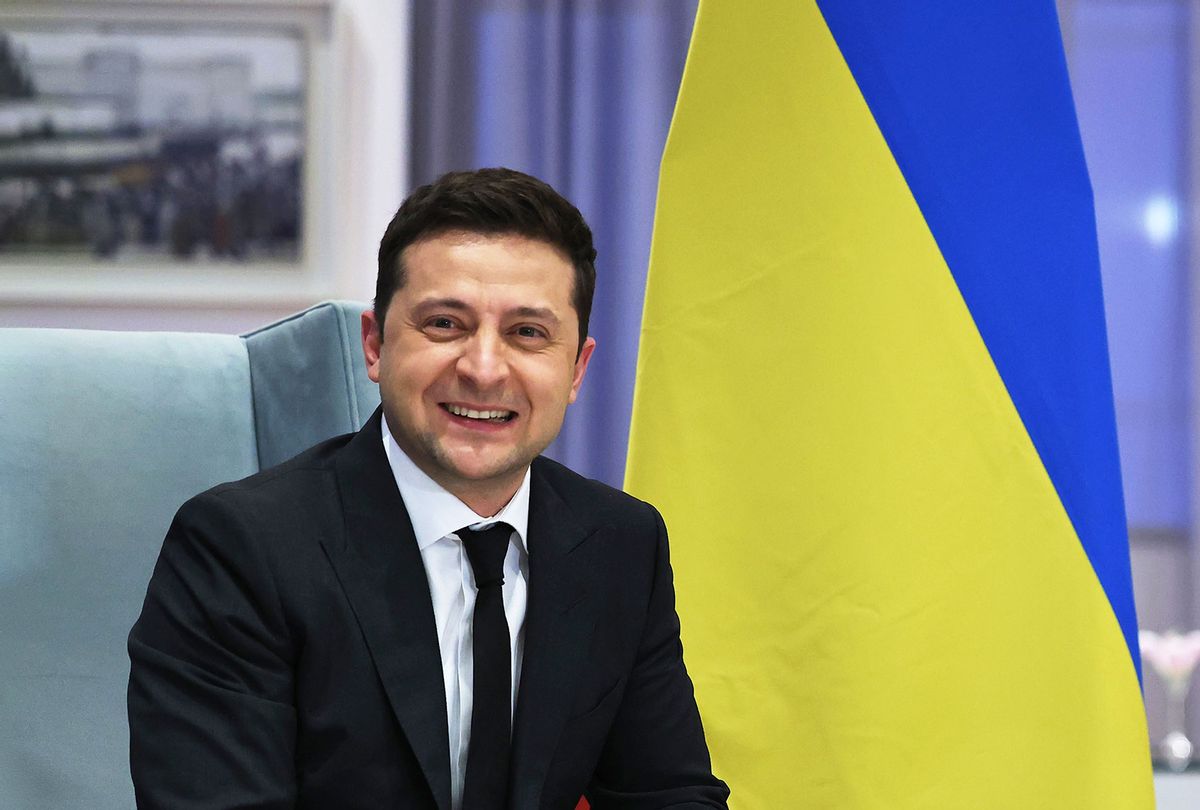 In addition to starring in multiple rom-coms and voicing the cheeky Paddington in Ukraine's dubbed version of the eponymous film, Ukrainian president Volodymyr Zelenskyy also starred in — and created and executive produced — a political satire series, which is now available to watch on Netflix.

"Servant of the People" stars Zelenskyy as Vasyl Petrovych Goloborodko, a high school teacher who suddenly becomes president after his online rant against national corruption goes viral, thanks to his students, social media and a successful campaign. The series, which premiered in November of 2015, officially came to an end in 2019, when in real life Zelenskyy ran for president under a new, centrist political party, also called Servant of the People. He later achieved a landslide victory, winning more than 73% of the votes and booting incumbent Petro Poroshenko.

The three-season series previously streamed on Netflix between 2017 to 2021, per The Hollywood Reporter. Only the first season of "Servant of the People" and its 23 episodes are back on the platform currently.

RELATED: Politics & performance: Why Zelenskyy succeeds where others fail

"It's quite an old show already, [but] of course, given the circumstances, it's become very, very, very interesting for everybody," Nicola Söderlund, a managing partner for the show's distribution company, told the Associated Press.

"People get surprised that a comedian can be a politician, but he was," Söderlund added. "His skills in getting compelling messages to the people, which is what to do if you're a TV host, have helped him a lot becoming a politician."

Amid Russia's ongoing military invasion of Ukraine, Zelenskyy emerged as an admirable political figure and a symbol of hope and bravery. Regarding his past talents as a performer, Pennsylvania State University professor Sophia A. McClennen wrote, "Zelenskyy's comedy was not principally just slapstick humor; it was satire — specifically, satire connected to a clear struggle for social change." Zelenskyy was also part of the Kvartal 95 traveling comedy troupe, which frequently put together various political skits.

"The series is a comedy but also an important document of where Zelenskyy comes from," Söderlund continued on the Netflix rerun. "His fictional president is a normal man, who grows into his role as a heroic and adored leader. While the real-world scenario facing Zelenskyy and the Ukrainian people is far more grim and appalling than the comedy of the series, there are obvious parallels with the real-world situation, and 'Servant of the People' is a fascinating, important and historic piece of television."

"Servant of the People" season 1 is now streaming on Netflix.