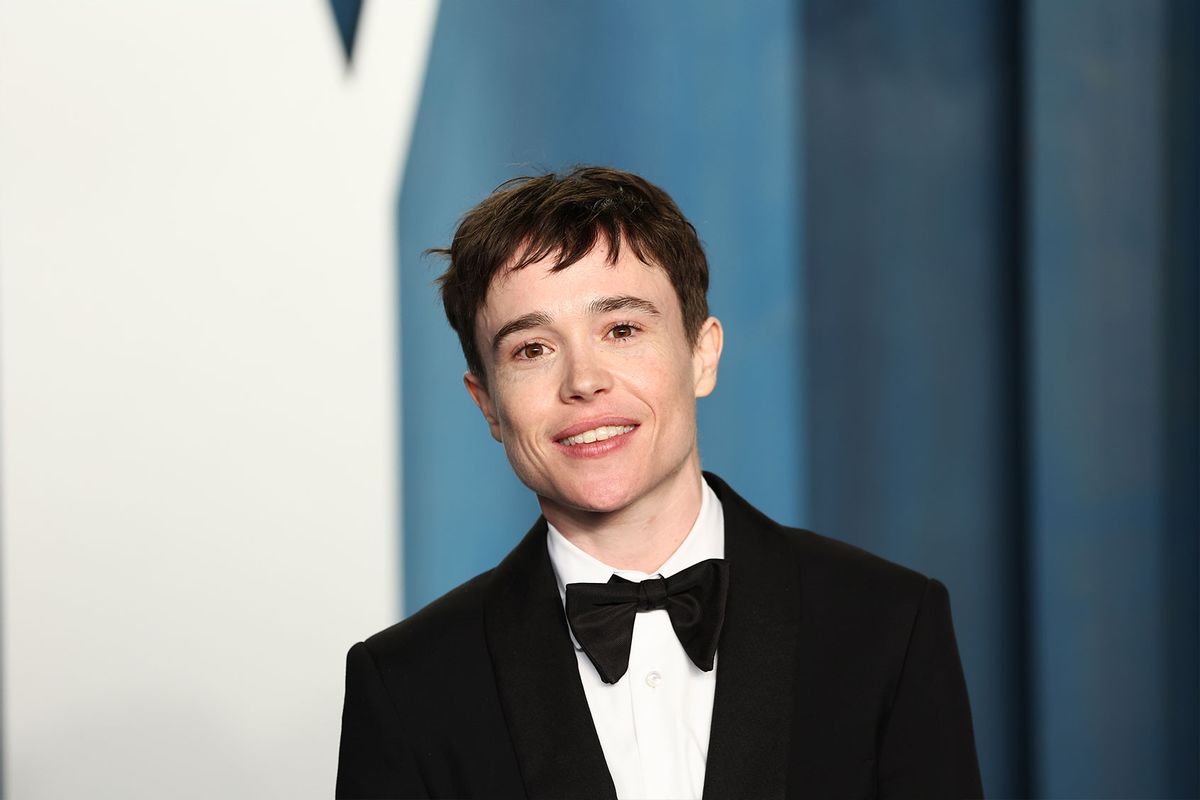 Elliot Page's character on the Netflix superhero series "The Umbrella Academy" is getting an exciting update in the new season.

On Tuesday, the actor announced on Twitter that his character— will come out as transgender in the third season, according to Variety. Page's character will leave his previous presentation and name behind and will now be known as Viktor Hargreeves, using he/him/his pronouns, in line with the actor's own transition. Because of his musical bent and ability to transform sound into physical force, he's also known as the White Violin. He previously thought he lacked the super powers of his six adoptive siblings, but in actuality, they had been repressed.

RELATED: Elliot Page coming out is a historic moment for trans masculine visibility

Page shared a photo of Viktor in his recent tweet with the caption "Meet Viktor Hargreeves" next to an umbrella emoji. Netflix later retweeted the post and also welcomed Viktor to the Umbrella Academy family.

"FEELS SO GOOD TO SAY THIS: Elliot Page stars as Viktor Hargreeves in Umbrella Academy S3!!!," wrote the streaming giant's LGBTQ+ focused account, Most, in a separate tweet.

In December 2020, Page came out as transgender and identified as non-binary — the actor uses he/they pronouns — in a heartfelt Instagram post. At the time, Netflix confirmed that Page would continue to star on "The Umbrella Academy" but inside sources reportedly told Variety that his character's gender would remain unchanged.

The upcoming and highly anticipated season promises more adventures for the Hargreeves siblings and clan. A new villain will also be introduced, forcing members of the Umbrella Academy and the swanky Sparrow Academy from an alternate timeline to set aside their differences and team up. "Will they find a way back to their pre-apocalyptic lives? Or is this new world about to reveal more than just a hiccup in the timeline?" the logline from Netflix asks.

"Umbrella Academy" Season 3 and Victor Hargreeves make their debuts on June 22 on Netflix.