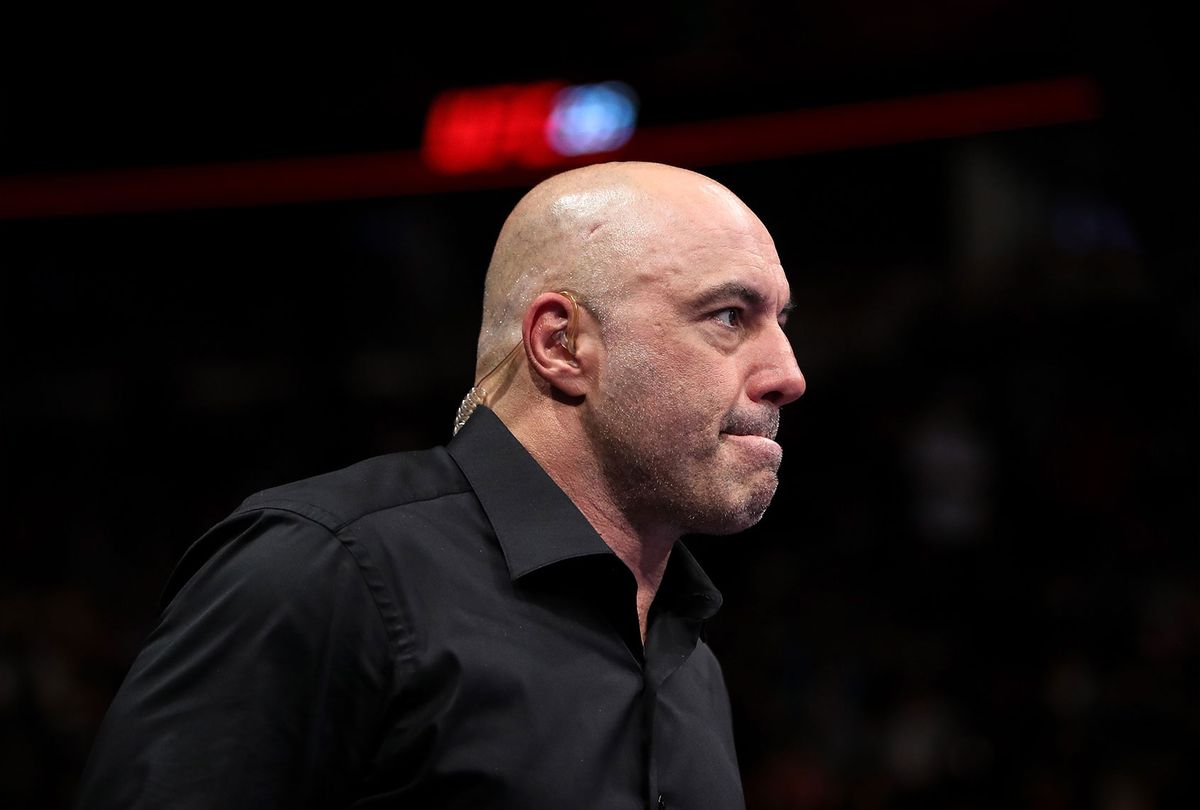 A new study confirmed that taking ivermectin — an anti-parasite drug that paradoxically became a favored COVID-19 treatment by many conspiracy theorists and right-wing figures — does not reduce one's risk of COVID-19 hospitalization.

The inexpensive prescription drug, which is also sold as a horse dewormer at farm and feed stores, has sickened hundreds of Americans who took too much of the drug in an attempt to cure or ward off COVID-19. Ivermectin became well-known thanks in part to Joe Rogan, the comedian-turned-podcaster who has become a prominent champion of the anti-vaccine movement, who announced after contracting COVID-19 that he was taking ivermectin and other drugs to try to combat it. Rogan has been one of the most outspoken ivermectin boosters in digital media, particularly on his show "The Joe Rogan Experience," which has an estimated 11 million listeners.

The authors of the study noted that their research, due to its sheer size and scope, has further reduced the credibility of the existing studies touted by supporters of ivermectin.

The experiment itself was simple: Wait and see if the patients given ivermectin were either admitted to hospitals less frequently or recovered more quickly during their stays.

According to the study, which was published on Wednesday in the New England Journal of Medicine, a group of more than 1,300 COVID-19 patients in Brazil were enrolled in a randomized clinical trial. Half of them were given ivermectin, an off-label anti-parasite drug, and half of them were given a placebo. The experiment itself was simple: Wait and see if the patients given ivermectin were either admitted to hospitals less frequently or recovered more quickly during their stays. (A separate cohort of more than 2,000 patients received an unrelated COVID-19 intervention.)

The final result: Ivermectin had no effect whatsoever on patients' clinical outcomes.

While the researchers do not mention Rogan by name, they indirectly allude to him and other pseudo-science influencers as they describe ivermectin's ongoing popularity. In Rogan's case, the key moment occurred when he hosted biologist Bret Weinstein on his show in June. During that episode, Weinstein touted a study which claimed that ivermectin was 86 percent effective against COVID-19 infections. Rogan described this as a "crazy number" and Weinstein interjected that "that number is high enough to be, independently, the end of Covid if we decide to make it so." The study they cited was a meta-analysis, meaning that it did not involve original research but merely reviewed other studies, and was notably compromised. In the case of the paper discussed by Weinstein, the studies that it had reviewed all involved smaller groups of patients and lower-quality data. One of its central studies, which had been conducted in Egypt, was later withdrawn over serious problems with the data. There were links between the organizations behind pro-ivermectin studies and pro-ivermectin interest groups.

Despite the scrutiny over the study Weinstein referenced on Rogan's podcast, Rogan has continued to promote ivermectin.

"More than 60 randomized trials of ivermectin for the treatment of COVID-19 have been registered, and findings have been reported for as many as 31 clinical trials," the authors of the most recent study explain. "The results have been discordant, and various review groups interpret the evidence differently — some advocating for benefits of ivermectin, and others reticent to conclude a benefit. However, most trials have been small, and several have been withdrawn from publication owing to concerns about credibility."

In the conclusion, the authors were explicit in stating that their work significantly reduces the credibility of the research cited by the pro-ivermectin camp.

One of the underlying issues in the debate over COVID-19 treatments is delineating between different types of scientific studies. While supporters of ivermectin will cite studies that include smaller amounts of patients or otherwise have compromised data, the scientific community relies on studies with larger cohorts of patients and more robust controls.

"As more and more higher quality forms of evidence, usually large randomized trials, have been completed, they did not find compelling enough findings," Edward Mills of McMaster, who has also conducted large ivermectin clinical trials, told Salon in February. "It's important to note that NIH and Oxford continue to do large randomized trials, as there remains some uncertainty."

The study's authors were explicit in stating that their work significantly reduces the credibility of the research cited by the pro-ivermectin camp.

Despite the lack of reliable clinical evidence, Rogan used ivermectin himself in what he described as a "kitchen sink" approach after his own COVID-19 diagnosis. As he explained in a video, "We immediately threw the kitchen sink at it. Monoclonal antibodies, ivermectin, Z-Pak, prednisone."

In addition to touting ivermectin as a treatment for COVID-19, Rogan has touted other COVID-19 misinformation on his show, with a particular focus on vaccines. In January YouTube removed clips of a podcast episode in which Rogan interviewed infectious disease scientist-turned-anti-vaccine provocateur Dr. Robert Malone. He claimed that large-scale vaccinations were a symptom of "mass formation psychosis," a gibberish term that does not appear anywhere on PubMed, a database of medical scholarship maintained by the United States National Library of Medicine at the National Institutes of Health.

For more on Joe Rogan and ivermectin: