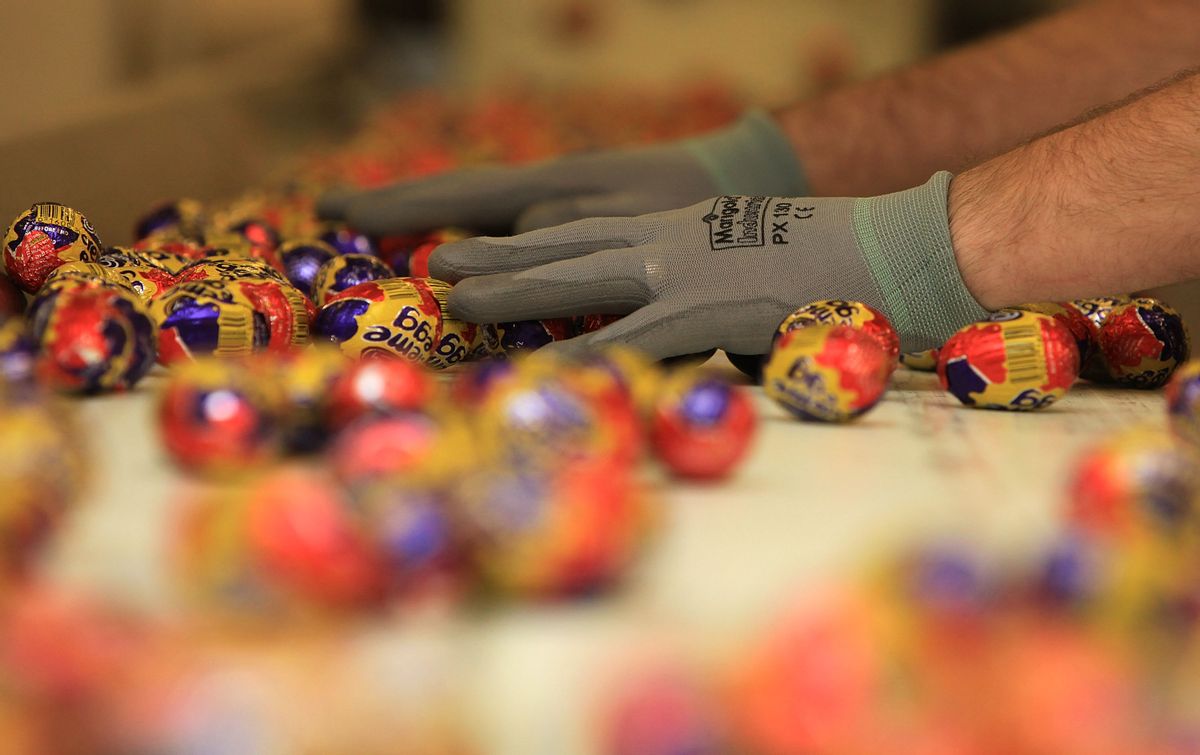 "Cadbury Exposed," a new documentary series led by Antony Barnett, takes a close look at the labor practices of the popular chocolate brand, particularly in relation to children.

The documentary, which airs on Monday via Channel 4 Dispatches in the UK, contains footage showing children, some as young as ten years old, working with machetes in fields in Ghana to harvest cocoa pods for Mondelēz International, owner of Cadbury, for the U.S. equivalent of less than $3 a day.

According to The Guardian, this documentary puts Cadbury up against allegations similar to ones they vowed more than two decades ago never to make again.

"It's horrifying to see these children using these long machetes, which are sometimes half their height," says Ayn Riggs, founder of Slave Free Chocolate in a quote used by The Guardian. "Chocolate companies promised to clean this up over 20 years ago. They knew they were profiting from child labor and have shirked their promises."

Practices of this nature are, of course, not new. In 2019 The Washington Post published a feature highlighting child labor infractions spanning some of the largest chocolate companies that exist today. In their feature writers Peter Whoriskey and Rachel Siegel interview a young man named Abou Traore as he works harvesting cocoa on an Ivory Coast farm. They ask him his age and are first told "nineteen," but when Traore feels that it's safe he writes in the sand "15."

Traore, and the four other boys and young men working the same field, traveled from the West African nation of Burkina Faso to the Ivory Coast looking for better lives.

"I came here to go to school," Abou said to The Washington Post for their feature. "I haven't been to school for five years now."

According to the Mondelēz International "fact sheet" found in the asset library of their website's media section, their products are available in over 150 countries in the world. As is such, their labor practices have variants. In 1988, Hershey purchased Cadbury's U.S. chocolate business and according to the International Labor Rights Forum "while Cadbury has demonstrated its commitment to ending forced child labor in the West African cocoa industry by selling Fair Trade certified chocolates in the UK, Canada, Ireland, Japan, South Africa, Australia and New Zealand—the same cannot be said of Cadbury products sold in the United States."