Meet the scientist who wants to control the weather 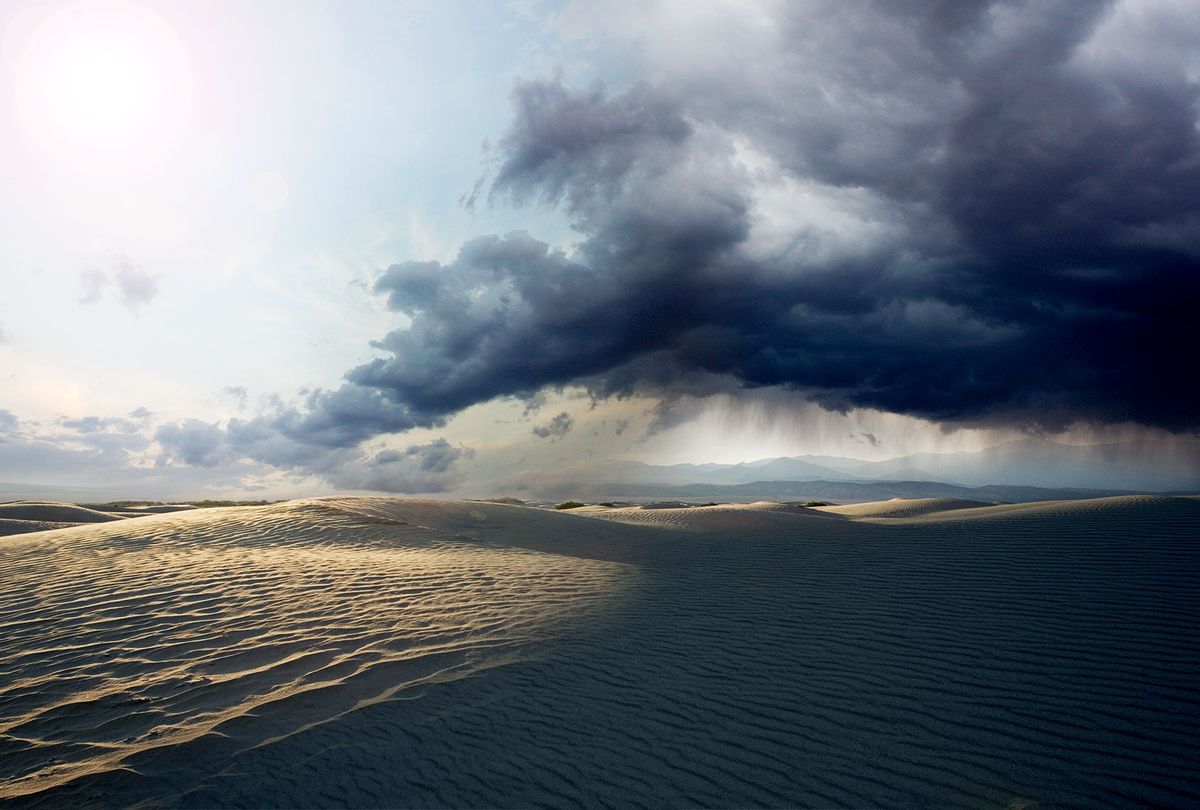 It is easy to forget that clouds — yes, those big, cottonball-resembling things in the sky — are comprised of thousands of tiny particles, so small that they float through the air instead of settling on the ground. These are known as aerosols, and for scientists like geoengineering expert Dr. Hannele Korhonen — who has ambitions to control the weather — they are a lifelong passion.

That passion is at the heart of "How to Kill a Cloud," a new documentary that premieres on VICE's The Short List on Thursday, April 7th on VICE.com. The title is apt both literally and for figurative reasons: It chronicles Korhonen's doomed pie-in-the-sky dream — which takes her from her native Finland to the United Arab Emirates (UAE) on a $1.5 million grant — to make it possible for people to create rainclouds in the desert. As Korhonen hobnobs with one percenters and wrestles with the ethical implications of manipulating the weather, "How to Kill a Cloud" uses a light touch to cut between Korhonen's obviously sincere and brilliant fascination with science and the grubby networking that is required as she pursues her dream.

RELATED: The Australian wildfires were so big that they punched a hole in the ozone layer

The ambition to control the weather sounds like the domain of mad scientists — or at least, of the very rich countries that can afford such luxury technology. Yet such ambitions also inevitably lead to thorny ethical and political drama: in China, for instance, where clouds are routinely "seeded" with silver iodide or liquid nitrogen to stimulate snow or rainfall, intense debates preside over who has access to which cloud's water, and when and where such cloud-seeding is appropriate.

"I think there is a larger question as it pertains to geopolitics as well, in terms of the wealthy countries being in the position of being able to do this and bringing the top scientific minds from around the world in order to do this research and who actually gets to own this research is the UAE in the end," docuseries curator Suroosh Alvi told Salon. "And if they have issues with Iran or Qatar across the Gulf, will they be able to flood them out? I think it is very, very political and gets us into the ethical kind of issues around it."

Many scientists think the technology being developed could be used to help slow down or solve the problems associated with climate change.

Yet while it seems frightening for people to be able to control the weather, greenhouse gas emissions have already begun changing the atmosphere through the process known as climate change. In a sense, humanity is already past the point of no return when it comes to altering the weather. The only difference is that, if Korhonen's visions is realized, humans will have the technology to do so deliberately.

"The difference with weather modification is that you make science where you try to find means [to] control it the way you want it — and when you want it," director Tuija Halttunen explained to Salon. "The contradiction is that many of the scientists who I met during film are very concerned about climate change." Many scientists think the technology being developed could be used to help slow down or solve the problems associated with climate change, although "they don't want to do that" necessarily, Halttunen said, because that would merely be a temporary fix: "The final answer is any way to cut down the emissions and not to find means for how to keep up this [wasteful] way of life."

Yet "How to Kill a Cloud" is not all about ethical debates and the future of humanity. There is also plenty for the science buffs out there, as Halttunen and Korhonen capture beautiful shots of clouds and break down how people can understand them not as ephemeral dreams from the sky, but as real-life objects.

"There wouldn't be any clouds if there weren't impurities in the atmosphere and in the air," Halttunen told Salon when asked about the filmmakers' fascination with clouds. "In a sense, the air must be dirty to get clouds, because the water gets on the surface on the particles." The impurities mean that rain droplets aren't pure liquid water, but contain impurities too. "There is always the impurity in the air," Halttunen continued.

Perhaps this is an appropriate metaphor for the dilemma captured in "How to Kill a Cloud" — the purity of Korhonen's fascination with science and stated desire to help humanity, and the imperfections of the tiny particles of capitalism and geopolitics that get mixed in with those ambitions. Within this milieu, the documentary serves as something of an effort to create good — both by shedding light on the sausage-making side of science and by providing readers with some entertaining and legitimate science to help the medicine go down more smoothly.

"By putting this out there and pushing it as far as we can and as wide as we can, that's one way to help mitigate [misinformation]," Alvi told Salon when asked if the documentary could be an antidote to the bad science circulating online. "I think the director, she felt that the protagonist Hannele did kind of ignore the politics of it all in order to be an ambitious scientist. Maybe that's okay if she is a scientist and she's doing good work, but we don't know if it'll get weaponized down the road or not."