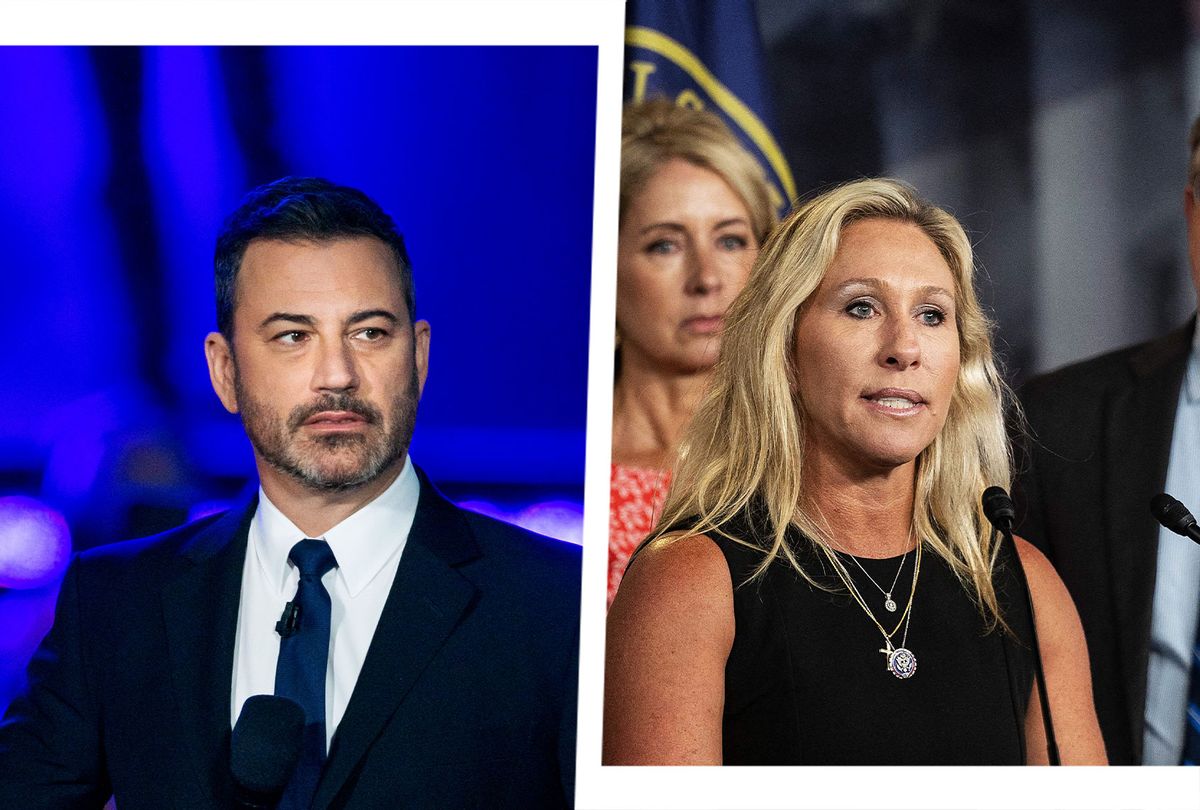 Jimmy Kimmel poked fun at Rep. Marjorie Taylor Greene R-Ga., for the second time this week, this time mocking her lacking sense of humor Wednesday evening after she became incensed by Kimmel's initial joke at her expense.

The exchange started with a joke on "Jimmy Kimmel Live!" earlier this week after Greene called out "pro-pedophile" Republican Sens. Lisa Murkowski of Alaska, Susan Collins of Maine and Mitt Romney of Utah for signaling support for Ketanji Brown Jackson's confirmation to the Supreme Court.

"Where's Will Smith when you need him?" Kimmel asked in reference to the so-called slap heard round the world.

Greene did not find this amusing. She tweeted the clip of the show, saying that this "threat of violence" by Kimmel had been filed with the Capitol Police.

"Officer? I would like to report a joke," Kimmel then tweeted in response.

The exchange resulted in a number of responses mocking Greene's reaction to Kimmel's joke.

"If Will Smith was a white guy...": Right-wing Twitter reacts after Chris Rock slapped at Oscars