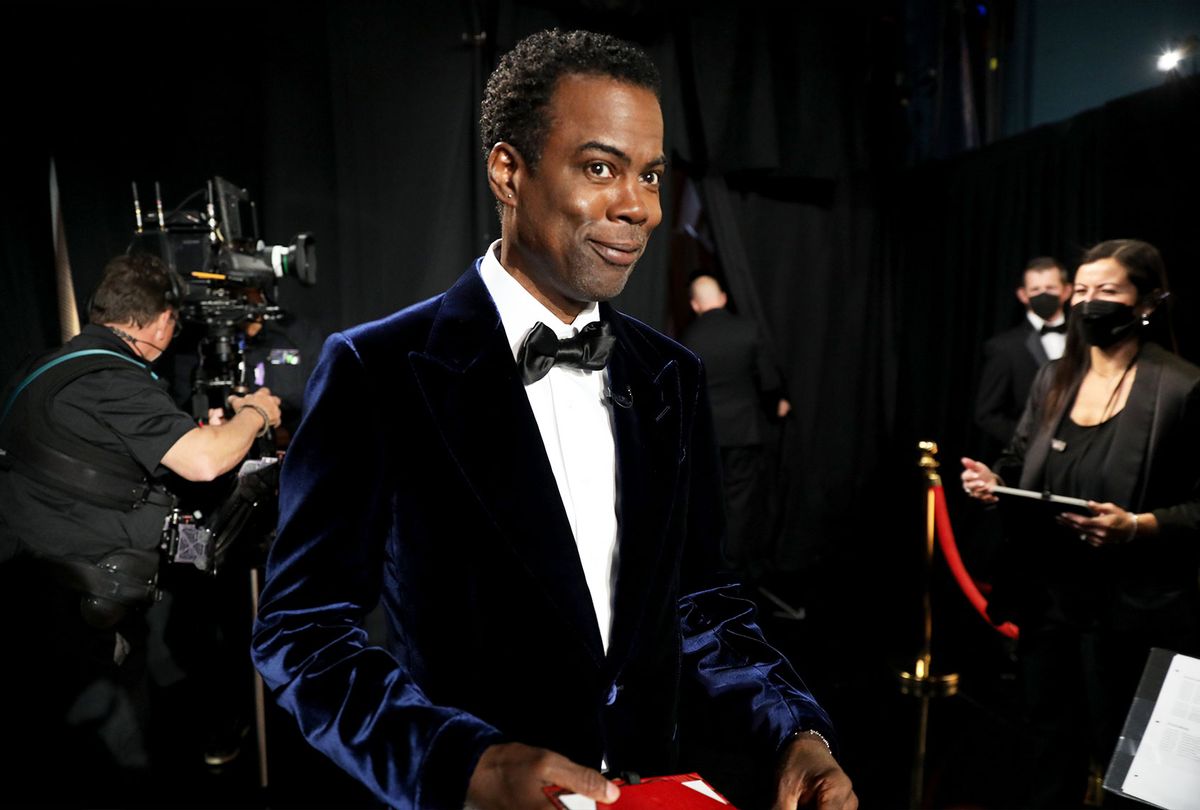 On Sunday's Oscar broadcast, actor Will Smith approached the stage and slapped comedian Chris Rock in the face as he stood on stage, shortly after Rock had joked about Smith's wife, actor Jada Pinkett Smith. The incident was broadcast live at the 94th Academy Awards, a ceremony that saw several firsts, including the first deaf actor to win a Best Supporting Actor Oscar (Troy Kotsur for CODA) and the first openly queer woman of color to win an acting Oscar (Ariana DeBose for "West Side Story").

The incident caused confusion in the moment, and is the ongoing topic of debate. But beyond dissecting who was at fault, there's also the question of what in the comedian's comment caused such a furor.

RELATED: "Comedians are in danger everywhere": "The View" weighs in on that Oscars slap

Salon dug into the full context of Rock's history mocking Pinkett Smith, her condition of alopecia and possibly even Rock's own issues. Here's what we saw — and what happened in the years before to lead to that moment.

In the last hour of the ceremony, Rock, who was presenting onstage, made a joke about Pinkett Smith's hair: "I love you," he said. "'G.I. Jane 2,' can't wait to see it." In 1997's "G.I. Jane," Demi Moore plays a woman who is in a rigorous Navy SEAL program and dramatically shaves her head on camera. Pinkett Smith experiences alopecia, an autoimmune disease that causes hair loss, and her head is currently shaved.

Alopecia, and hair loss in general, disproportionally impacts Black women. "Listen to Black disabled women right now," Sami Schalk, author of "Black Disability Politics" wrote on Twitter. Pinkett Smith has been public about her alopecia since 2018, when she first mentioned the diagnosis during her family's series, "Red Table Talk." Pinkett Smith described the disease as "terrifying."

Finding handfuls of hair falling out during the shower, "I was literally shaking in fear. That's why I cut my hair, and why I continue to cut it."

She posted a video of her shaved head on Instagram in late 2021, writing, "Mama's gonna have to take it down to the scalp so nobody thinks she got brain surgery or something." U.S. Representative Ayanna Pressley, a Democrat representing Massachusetts, has also been open about her own experiences with alopecia, revealing her bald head on camera in a video interview with The Root, where she said she felt she had to be public about the disease because she "owed all those little girls an explanation."

This is not the first time Rock has joked about Pinkett Smith. In 2016, again at the Oscars, where Rock was hosting, the comedian said, "Jada boycotting the Oscars is like me boycotting Rihanna's panties. I wasn't invited." That was the last time Rock hosted the Oscars. Rock joked Pinkett Smith had skipped the event due to the lack of diversity in the awards and also in his opening monologue said Pinkett Smith was mad because of her husband's lack of a nomination that year.

Oddly enough, Rock also has a history of talking about Black women's hair. In 2009, Rock produced and starred in a documentary called "Good Hair," where he interviewed celebrities about the importance of hair in Black culture, visiting salons, hair stylist competitions and more. The documentary was inspired, as he said, by his young daughter's question: "Daddy, how come I don't have good hair?" He said it was a watershed moment for him in understanding the stigma of Black women and girls' hair, though reviews of the documentary were mixed, including a review by The Root that states: "While Rock's foray into the tangled web of Black women and their hair, is indeed very, very funny, very, very outrageous, and at times very, very revealing, there are two things that he does not bring to the conversation: Context and compassion."

In a piece published after this year's Oscars, The Independent wrote that Rock "undermined everything with one joke."

"To minimize the work Jada had done to bring attention to alopecia — and to minimize the work he himself had done supposedly in pursuit of de-stigmatizing hair issues for Black women — was a horrible misstep for Rock," Victoria Gagliardo-Silver wrote.

Rock himself went public about being disabled less than two years ago, revealing to The Hollywood Reporter that he had been recently diagnosed with Nonverbal Learning Disorder (NVLD). According to the article, "His decision to seek meaningful help for the first time in his life was precipitated by a friend's suggestion that he may have Asperger's." At the time of the interview, Rock was in therapy seven hours a week.

According to Psychology Today, NVLD is a neurological condition that can include "trouble comprehending nonverbal information such as body language and facial expressions." Immediately in the wake of Smith slapping Rock onstage, some questioned how Rock didn't see him coming, or understand when Smith rose from his chair and approached the comedian that something confrontational was going to happen.

Rock spoke candidly about NVLD and his difficulty with communication and nonverbal signals in the THR interview, saying "All I understand are the words," and "I thought I was actually dealing with it, and the reality is I never dealt with it."

As of yet, neither of the parties involved have commented publicly on the Oscar incident. Neither has Pinkett Smith. The Los Angeles Police Department said in a statement that Rock declined to file a police report. Will Smith did win the Oscar — becoming only the fifth Black actor to do so — not long after the altercation. In his emotional acceptance speech, Smith apologized to the Academy and fellow nominees, and said, "This is a beautiful moment, and I'm not crying for winning an award. It's not about winning an award for me."