Barbados boasts one of the oldest synagogues in the Western hemisphere, but matzo meal is hard to come by 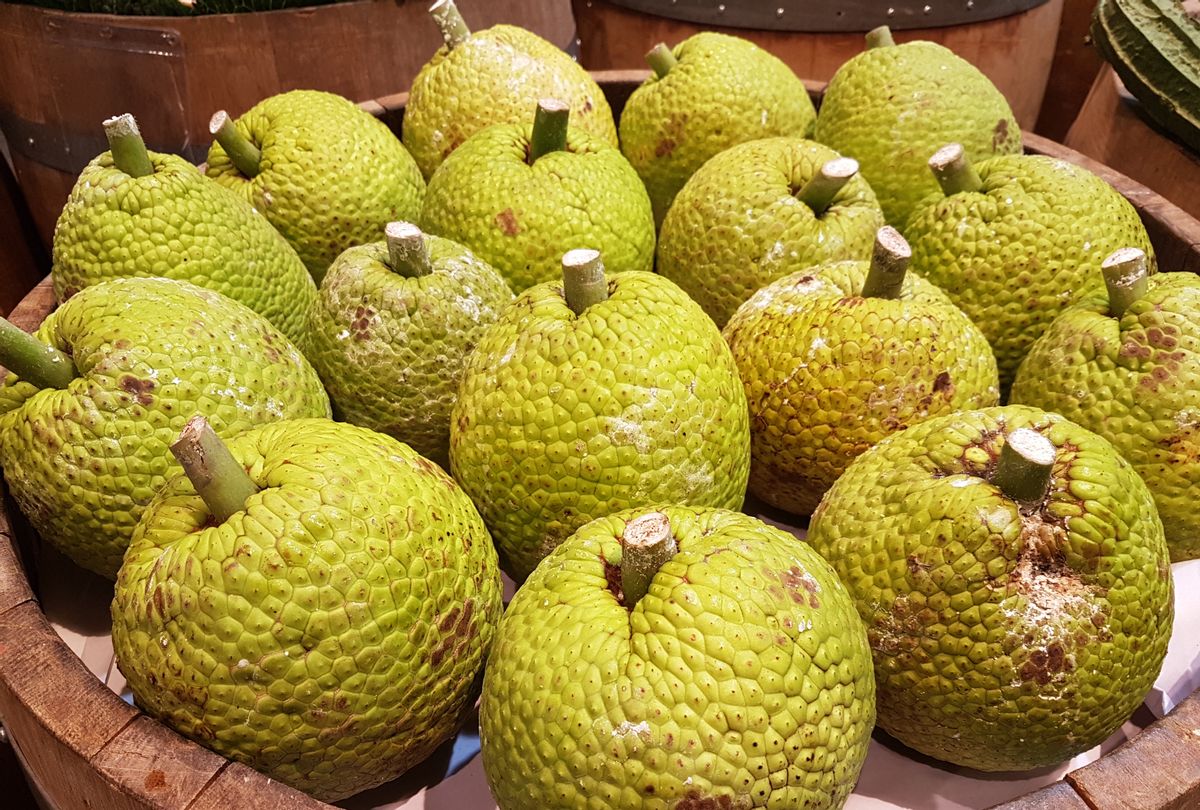 Creativity and resourcefulness form the backbone of the quaint Jewish Community in the Caribbean island of Barbados. Barbados boasts one of the oldest synagogues in the Western hemisphere, built by Sephardic Jews who first settled in Barbados in 1628. Today, the community is made up of second and third generation Sephardic Jews who migrated from Eastern Europe after the war, as well as long term visitors who call Barbados home during the winter months. Though the small community is active, there is no resident Rabbi, or many of the modern Jewish conveniences that larger communities are used to, such as easy access to delicious Jewish foods and ingredients. Generations of local Jews of Barbados, have improvised and formed their own unique recipes to age old Jewish recipes using locally sourced ingredients.

Related: Why this classic Romanian-Jewish dish is nearly impossible to find

One of those recipes is Breadfruit Matzo Balls, made using the flour from local breadfruit in place of matzo meal.

A breadfruit can be best described as a large, round potato that grows in a tree in the Caribbean and South Pacific regions. Once peeled, the starchy fruit is very versatile and can be roasted, baked, boiled, fried, or dried and ground into flour. Breadfruit is a dietary staple in the Caribbean; it is packed with nutrition, gluten free and has a low glycemic index. Breadfruit flour is growing in popularity as a healthy wheat flour alternative.

Matzo balls are considered to be a type of dumpling. The main difference between matzo balls and any other dumpling is that these balls are made with matzo meal, which is ground matzo crackers, and most other dumplings are made with all purpose flour. According to the late Gil Marks, culinary food historian, and author of "The Encyclopedia of Jewish Food," matzo balls were a Jewish adaptation of European soup dumplings.

Just as matzo ball soup is one of the most iconic Jewish American foods, dumplings are also a staple in Barbadian soups. Caribbean cuisine is a complex medley of African, European and indigenous influences, with broths, soups and stews forming a solid foundation of the Barbadian kitchen.

This recipe offers a unique and healthy Caribbean twist to the traditional matzo balls.

Fresh herbs such as parsley or dill