Why autistic people (including me) are self-medicating with cannabis 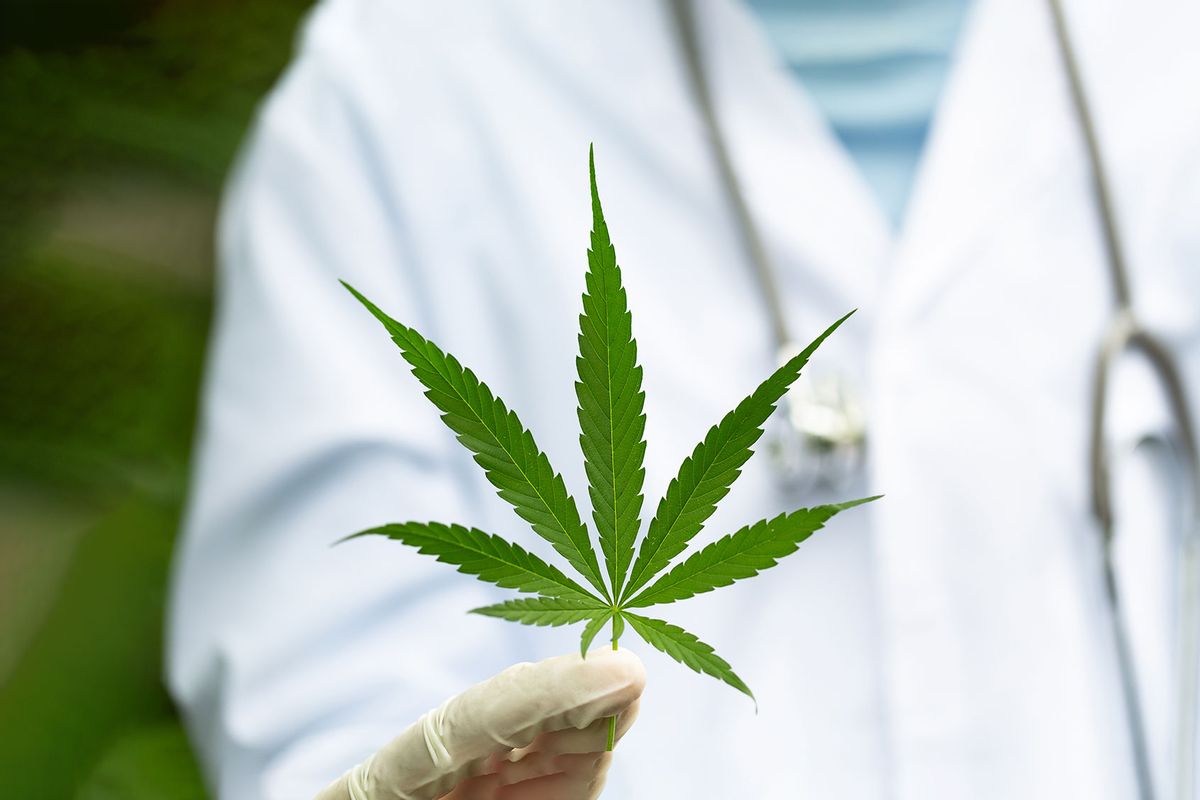 Climate change activist Greta Thunberg — who, like me, is on the autism spectrum — once said that autism is her "superpower." I would say that this is true for me as well, yet like any superhero in an origin story, I was forced to discipline my powers so that I could use them to the best of my ability.

While the popular expression holds that marijuana makes you feel "baked," I often feel more of a cooling effect. When the experience of being bombarded with stimuli is too much, a nice toke is like water on flames. The same is true for the countless anxiety attacks, or the moments when I feel triggered by a traumatic event related to past autism-related abuse. In contrast to the stereotype of a shiftless stoner, I find that without marijuana, the sharp edges of my autism could cut me to ribbons.

I am not alone among people with autism who believe that weed helps. Yet curiously, scientific research hasn't really caught up with what myself, and it seems, many other people on the spectrum have noticed regarding cannabis' seemingly magical therapeutic properties for people like us.

Russell Lehmann, a contributor to "Autism Parenting Magazine," is also autistic — and also uses weed to help him cope with his symptoms. Yet in doing so, Lehmann told me he often finds himself combatting stigmas associated with marijuana use, and its effects.

"I think the biggest stigma out there is that cannabis makes you lazy, or is a drug used to escape reality," Lehman told Salon over email. "I personally function at a much higher level with this plant in my life than I do without it. I also don't smoke to escape reality but rather to process reality. We really need to engage in more open dialogues about this plant as there are many misconceptions out there that are preventing certain individuals from discovering the potential benefits."

While Lehman was drawing from his personal experiences, his remarks speak to a deeper controversy about medical marijuana. There is scant literature about how marijuana can help people with autism, and the studies which do exist have not provided consistent results. Scientists generally agree that both cannabis and cannabinoids "may have promising effects in the treatment of symptoms related to ASD [autism spectrum disorder], and can be used as a therapeutic alternative in the relief of those symptoms," but the problem is simply that there have not been enough "randomized, blind, placebo-controlled clinical trials" to definitely determine that.

"I personally function at a much higher level with this plant in my life than I do without it. I also don't smoke to escape reality but rather to process reality."

Indeed, there may be downsides to marijuana use for autistic people, at least in certain cases. The American Academy of Child and Adolescent Psychiatry, for instance, has expressed concern about medical marijuana being prescribed to people under the age of 18. Writing about the subject in 2019, the journal argued that "there are clear risks of harm for children and adolescents using marijuana and cannabinoids." Young people who regularly use marijuana are likely to suffer long-term cognitive damage as well as be increasingly likely to develop "psychotic, mood, anxiety, and substance use disorders." In addition, "short-term use can impair working and short-term memory, learning, attention, coordination, perception, and judgment, and can cause paranoia, anxiety, and irritability."

RELATED: Why autistic people tend to self-medicate at much higher rates

So where should one fall when it comes to the question of autism and marijuana? Is it simply a matter of keeping it away from young people?

This was not true for Joann Fouquette, who in December talked to CNN about how CBD helped her young autistic son Ezra. She described how the medication helped her child become less aggressive and made it possible for him to communicate. Joann Fouqette was overjoyed, telling CNN's Dr. Sanjay Gupta that "it helped him ... whatever is going on in his brain, make those connections that he needed to make. And once those connections were made, he never lost them."

Spectrum News elaborated on exactly how scientists believe marijuana is helping forge those connections. Cannabis contains active ingredients like THC and CBD which bind themselves to proteins in the brain and throughout the body known as cannabinoid receptors. For instance, the CB1 and CB2 receptors seem to be activated by THC but blocked by CBD. "Blocking the CB1 receptor can relieve seizures and memory issues in a mouse model of fragile X syndrome, a condition related to autism," Spectrum News explained, citing a 2013 study in Nature Medicine. Similarly, a 2018 study on synthetic CBD by the pharmaceutical company Zynerba "showed significant improvements in anxiety and other behavioral traits in people with fragile X. Cannabinoid receptor activation has also been shown to lead to memory improvements in fragile X mice."

In short, we know for sure that marijuana has positive effects when it comes to helping both people and animals cope with autism-like symptoms. Marijuana may or may not be helpful to autistic young people, although autistic adults who use it frequently have positive things to say. If nothing else, the logical thing to do would be to study it more.

"It may feel like they are living in an overwhelming world with little support. It can be incredibly difficult to find health care providers who truly understand autism and the autistic experience."

Yet while the medical consensus is that there should be more research on autism and marijuana, federal law makes it difficult for scientists to actually conduct the necessary tests. Mere approval to perform such research requires approval from both the Food and Drug Administration and the Drug Enforcement Administration, and getting approval can take a year. And on top of that, there are extremely stringent rules regarding storing cannabis — including alarms and locked containers that must be bolted down. The burden is remarkable given that cannabis is legal in most states and can be purchased openly at stores in cities with a mere photo ID.

There is an obvious price to the federal recalcitrance on this issue: In lieu of autistic people being able to seek marijuana-based relief through their doctors, many of them will obtain the substances they think they need illicitly. As Sharon Kaye-O'Connor — an autistic psychotherapist who specializes in neurodiversity — explained to Salon in July, autistic people may see an appeal in self-medicating "in an attempt to cope with anxiety or an overwhelming sensory environment. Autism is so frequently undiagnosed, or misdiagnosed as other conditions, which then makes it difficult for things like sensory issues to be properly understood and addressed." She later added that for many autistic adults "it may feel like they are living in an overwhelming world with little support. It can be incredibly difficult to find health care providers who truly understand autism and the autistic experience."

As mentioned before, this author is also autistic and uses medical marijuana to cope with his symptoms. As Lehman put it, I too have encountered stigmas because of my usage. The most notable occasion occurred in 2018, when I discussed my marijuana use with then-Colorado Gov. John Hickenlooper (now a senator from that state).

"We also know that there are certain people that have an inclination to bipolar," Hickenlooper told Salon at the time. "It's not a large number — it's not a significant percent of the population. But it is — at least I've been told — it is connected or it's not infrequent that it would be connected with someone who is on the autism spectrum. That they can take this high THC marijuana, and it will trigger a permanent response. In other words, make them almost schizophrenic."

One year later, when asked about his remarks, Hickenlooper revealed that his views had evolved.

"I don't know," Hickenlooper reiterated. "I'm not a doctor, and I don't know enough to be able to speak specifically about the autism spectrum. And I probably shouldn't have said that."

For more Salon articles on autism: