Psychedelics permanently alter your understanding of what has "consciousness," study says

Are trees, rocks or rivers conscious? Your answer may change depending on what drugs you've taken 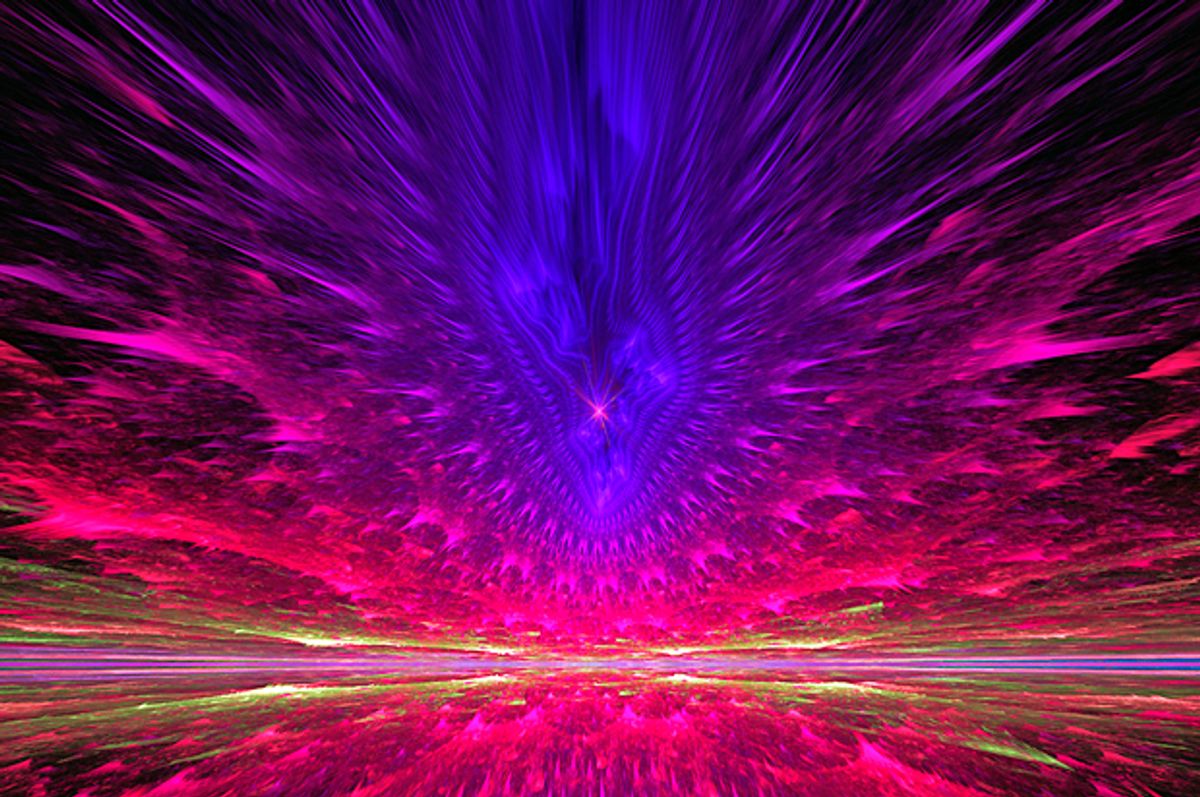 Those who have experimented with psychedelics often describe a sensation of connectedness with objects around them, things like rocks, trees, or rivers. Sometimes the "connectedness" is more literal, as high doses of psychedelic drugs like LSD may cause users to believe the walls are talking to them.

Now, researchers have found that a single psychedelic experience can leave users with enduring cognitive changes. Following a "trip," many subjects assigned higher levels of consciousness to both living and non-living things alike.

To be clear, the study, published in Frontiers in Psychology, was a survey of psychedelic users, and did not actually administer drugs to its subjects. Participants simply displayed a shift in beliefs. Their revelations post-psychedelic use were not of the superstitious variety, but rather represented a philosophical attitude change. These impacts persisted with survey respondents reporting an average of eight years after the experience in question.

"This study demonstrates that when beliefs change following a psychedelic experience, attributions of consciousness to various entities tend to increase," Dr. Sandeep Nayak stated in a news release on the study, which was colorfully titled "A Single Belief-Changing Psychedelic Experience Is Associated With Increased Attribution of Consciousness to Living and Non-living Entities."

"The results suggesting that a single psychedelic experience can produce a broad increase in the attribution of consciousness to other things raises intriguing questions about possible innate or experiential mechanisms underlying such belief changes."

Following particularly profound experiences during usage of psilocybin, mescaline, ayahuasca, LSD, DMT, or other hallucinogenic drugs proceeded a marked impact on the very concept of consciousness. Indeed, only 26 percent of participants attributed consciousness to plants prior to their psychedelic experience; afterwards, that number jumped to 61 percent. The jump for fungi was comparable. One category surveyed was "inanimate natural objects"; researchers found that 8 percent of users did not believe such objects were conscious prior to their experience, while after taking psychedelics, 26 percent did.

Though participants displayed high belief in the consciousness of non-human primates and four-legged animals, the respective shifts — from 63 percent to 83 percent and 59 percent to 79 percent — were smaller than those for other entities. (Notably, both non-human primates and four-legged animals were already considered to possess consciousness by the majority.)

Interestingly, those attributing such cognitive abilities to inanimate objects were in the minority, but a majority demonstrated attribution of consciousness to non-human beings. Relatedly, psychedelics users have been shown to exhibit more environmentally conscious behaviors.

"It's not clear why, whether that might be an innate drug effect, cultural factors or whether psychedelics might somehow expose innate cognitive biases that attribute features of the mind to the world," Nayak added.

Such studies may evoke an eye roll and, perhaps, memories of college students discussing the merits of "stoned ape theory" over a blunt. For the unfamiliar, that hypothesis suggested hallucinogens, specifically "magic" mushrooms, spurred the evolution of human consciousness.

Still, the social ramifications engendered by taking psychedelics have alarmed state security apparatuses, historically speaking. The criminalization of LSD in the United States in 1968 was in part a reaction to the idea that the drug stimulated its users to be anti-war and anti-establishment; Governor Edmund Brown of California famously said that it "poses a growing threat to society." Likewise, the counterculture seemed to believe that LSD could change one politics', too: Grace Slick of Jefferson Airplane plotted to dose President Richard Nixon with LSD during a White House visit in 1970.

In any case, there are numerous psychological and evolutionary theories as to how humans develop a sense of other things as conscious.

"Considering attribution of consciousness and the problem of other minds from an evolutionary perspective, the capacity for detecting and attributing agency has self-evident survival value, for instance in the detection of predators," the study reads. "Thus, innate cognitive biases may partially underpin tendencies to attribute mentality to entities without brains. Interestingly, studies suggest that that wide attribution of consciousness may be developmentally normal in children and subsequently suppressed or unlearned."

A postdoctoral fellow in psychiatry at Johns Hopkins Center for Psychedelic and Consciousness Research, Nayak co-authored the paper with Dr. Roland Griffiths, founding director of the research center. Nayak primarily investigates the potential treatment of psychiatric conditions with these poorly understood substances. Promising studies, including those of Nayak, have indicated treatment of addiction, depression, anxiety, and PTSD may be particularly useful applications.

"The results suggesting that a single psychedelic experience can produce a broad increase in the attribution of consciousness to other things, raises intriguing questions about possible innate or experiential mechanisms underlying such belief changes," Griffiths stated in the news release. "The topic of consciousness is a notoriously difficult scientific problem that has led many to conclude it is not solvable."

Emerging from a decades-long dark age for psychedelics research, a proto-renaissance in the field abounds. Studies have poured out of institutions as regulations weaken, offering further counters to schedule I classification of hallucinogens and other psychedelics.