Ready for “Russian Doll”? Before you hop on, here are five things to watch out for

The 6 train? What a concept! Be in the know as the twisty show returns for another wild Netflix ride 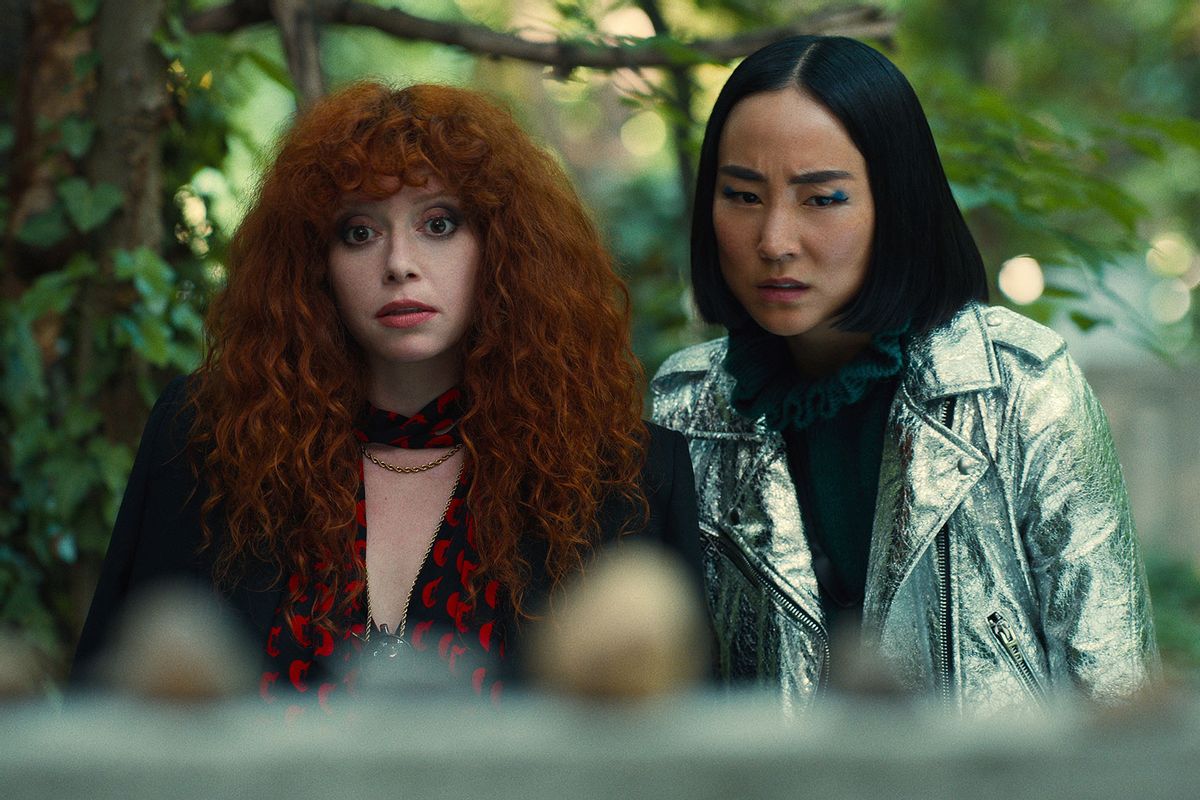 Natasha Lyonne as Nadia Vulvokov and Greta Lee as Maxine in "Russian Doll." (Courtesy of Netflix)
--

Like Mordor, one does not simply walk into "Russian Doll." It's no "Virgin River" – no offense to "Virgin River," whose calming properties are unparalleled; there is simply no better relaxingly mindless show to watch while making dinner or while taking a bubble bath, laptop balanced precariously on the counter.

But with "Russian Doll," entering its second season on Netflix, you need to pay attention. This is not a scrolling on your phone while half-watching show. This is a story with various timelines, themes, fan theories and for those fans paying attention, rewards.

With more references than a "Gilmore Girls" episode, it can be a challenge to discern what matters the most. Here are some key references to know as Nadia Vulvokov (Natasha Lyonne) begins her second trip around the sun. (First of all: it's her 40th.)

"Russian Doll" takes place in Manhattan's Lower East Side. It's the blissful before. The first season released in 2019, COVID on the horizon like a burning sunset we never see coming. So, there are parties in this Manhattan, apartments full to bursting, friends sharing drinks and Israeli joints, and no masks on the 6 train, the Lexington Avenue Local and Pelham Bay Park Express on the Manhattan subway.

But this is no ordinary 6 train. Pay attention for the markers inside and outside the car that (sometimes) identify it as from elsewhere. One of the most fun parts of the second season is Nadia realizing things are not what they seem (in a different way than in the first season). Trains are the key to that startling, timey-wimey reveal, and of course, her transportation to elsewhere.

You can check the trains out in their show biz glory here via YouTube:

The 6 line isn't the only train of the season. Season 2 of "Russian Doll," makes more of those Krugerrands, the gold coins that were a fundamental part of Nadia's family history (and her family's tragedy). Nadia goes into deep research mode, uncovering stories of the Hungarian "Gold Train." In 1944, a train journeyed from Budapest, Hungary to Berlin, Germany, full of valuables Nazis had taken from Jews in Hungary. The Nazis kept these families' stolen possessions for themselves, one of the many reasons Nadia's grandmother, a Holocaust survivor, has difficulty trusting. Also, Lyonne speaks Hungarian now.

Lenora (Chloë Sevigny) was Nadia's perpetually down-on-her-luck mother. You may know her from her cloud of bright red hair in full frizzy '80s glory and from the fact that she stole gold from her own mother to survive.

Lenora struggled with young, single motherhood (Nadia's father goes unmentioned) and with an undiagnosed mental illness. Despite having an ally in her steadfast therapist friend, Ruth, Lenora had several difficult incidents that we viewed through Nadia's young eyes in flashbacks, including Lenora breaking all the mirrors in their apartment. Nadia's fear that she may have inherited her mother's struggles, both in the form of illness as well as generational trauma, is a central part of the show.

Good news, Maxine fans. The quirky friend is back, and it's a birthday miracle: Maxine has a larger role in the second season. Sweet! Maxine, played by the wonderful Greta Lee, is a gregarious, unflappable and hilarious sidekick who does magical things with eyeshadow. This season, she's a good travel buddy too, as long as you don't mind your companion leaving you on your own at a party at some rich Hungarian guy's house.

Nadia will be fine.

The first season of "Russian Doll" gave rise to the line "Thursday. What a concept." Uttered in Lyonne's perfect droll delivery, it emerged as one of the most memorable bits from the show. You likely cannot spend a Thursday on Twitter without seeing someone tweet it out. What will the memes be from this season? There's an obvious contender, but like Gretchen trying to make "fetch" happen in "Mean Girls," it feels a little forced. Likely, the one meme to rule them all will be a line we didn't see coming, just like that 6 train.

"Russian Doll" Season 2 is now available to stream on Netflix. Watch a trailer for it below, via YouTube.