In Netflix's latest, we hear from the clown-loving serial killer who murdered 33 people himself 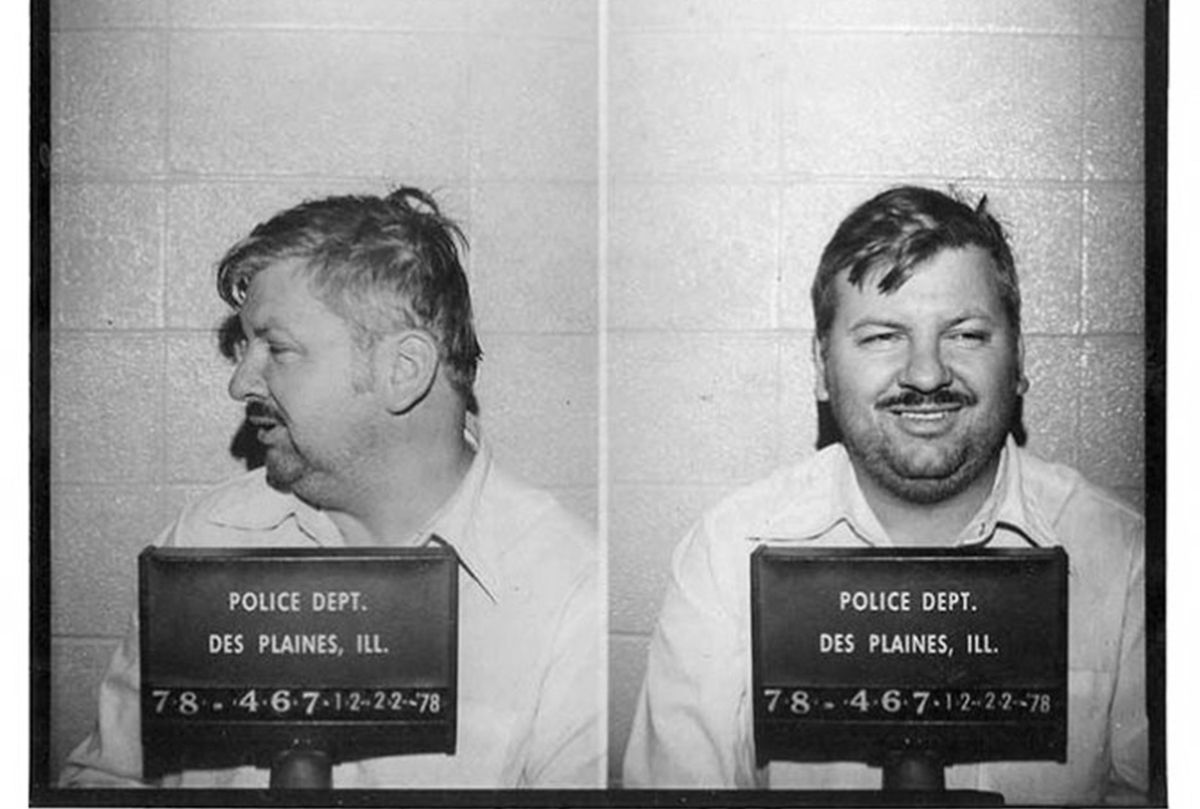 Watching Netflix's "Conversations with a Killer: The John Wayne Gacy Tapes" – a follow-up to its Ted Bundy version – feels like watching a slow-moving train wreck. It unfurls gradually, in excruciating detail. In the series, Gacy offers his own accounting of himself as portions of 60 hours of unearthed audio from interviews with him are employed. However, such an unreliable narrator who is keen only to defend himself rarely gives an honest answer about the 33 murders he perpetrated during the 1970s shortly before his 1994 execution.

Across three episodes, director Joe Berlinger portrays a 1970s culture of sexual suppression and anti-LGBTQ+ sentiment. It was this environment that supposedly activated the psychotic tendencies of Gacy — a powerful Chicago political force and part-time clown who assaulted and murdered young men without remorse — and allowed him to get away with it.

RELATED: How serial killers capitalize on chaos, according to an expert

From clown obsessions to basement death traps, here are six disturbing revelations from the series:

When Detective Rafael Tovar obtained a search warrant to investigate Gacy's house of horrors in 1978, he discovered zigzag-patterned walls, a tiki bar, a pool table and . . . clown paintings. A lot of them. One sat above the living room sofa, leering at disquieted visitors. Others grinned maniacally against the dark paneled walls of Gacy's bedrooms. A third, a clown lamp, stood with soaring eyebrows and uplifted arms, supporting the lampshade.

In Gacy's world, clowns represented invisibility. "When you clowned, you're hiding your image," he said. "There are things you could do that you couldn't do as a person." Gacy took it upon himself to dress up as a clown at Illinois Democratic Party events. Pogo the Clown, as Gacy called himself, visited hospitals and parades adorned in a red wig and exaggerated red and blue face paint. This alter ego allowed him to perpetuate assaults, inappropriately touching women as he interacted with them at public events. 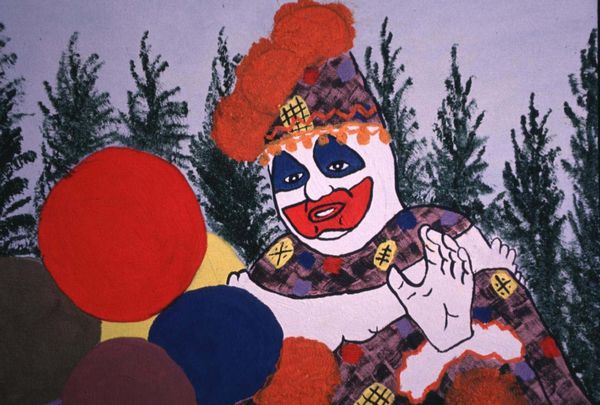 Gacy was born in 1942 in Chicago, Illinois. As a child, he was a hypochondriac, "a sickly little bookworm." He struggled with what was perceived as masculinity. He preferred Beethoven or Tchaikovsky to sports. He strained to earn his father's approval — but never could.

Gacy's father called him "dumb and stupid." He frequently assaulted Gacy, victimizing him in the basement of the family's home. "He was projecting it, dumb and stupid, on his victims," Gacy's criminal attorney Sam Amirante said. "He figured if he killed them, he was basically killing himself over and over and over again."

In the northwest suburbs of Chicago, John Wayne Gacy was the kind of person everyone knew. In 1964, he worked as a manager of Kentucky Fried Chicken. In 1966, he joined the Waterloo Jaycees, a prominent community service organization. And even in 1968, when he was sent to the Anamosa Men's Reformatory following a conviction of sodomy, he earned an award for "Man of the Year" and built a mini golf course in the penitentiary.

Gacy wanted to be a "big shot." He threw elaborate, themed parties, rubbing shoulders with influential Chicago politicians as he posed in Paul Revere-style colonial garb. In one photo, he stands next to President Jimmy Carter's wife Rosalynn at the Daley Plaza.

RELATED: Why serial killers are drawn to politics

In 1978, 15-year-old Robert Piest landed a job as a stock boy at Nisson pharmacy in Chicago, Illinois. There, he met Gacy, the owner of PDM construction. Piest rushed out of the store, begged Gacy for a job, hopped in his car and was never seen again.

By 1979, investigators discovered body after body buried in the basement of Gacy's home: 29 bodies — none of them Piest's. "We were all racking our brains," Cook County evidence technician Daniel Genty said. "What has gone on here? Where is Robert Piest?"

It wasn't until April that investigators found Piest's body in the Illinois river. In the end, it was a small receipt Piest's friend Kim plucked out of the trash that wound up in Piest's coat and tied Gacy to Nisson pharmacy — and the crime — that day.

"You thought you were gonna get away with it and you didn't," Piest's friend Kim Buyers-Lund said. "All because of that little piece of paper." 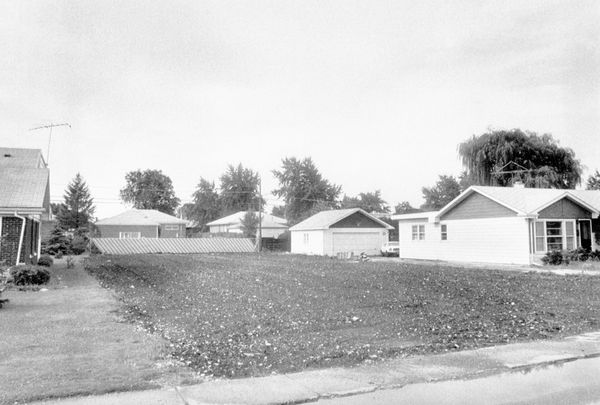 A barren plot of land where John Wayne Gacy's "house of horrors" once stood. It was later demolished (Bettmann Archive/Getty Images)

Not all of Gacy's victims died. In March of 1978, Jeffrey Rignall woke up at 5 a.m. by the steps of Lincoln Park. He was half-dressed, his face completely burned.

The night prior, Gacy had picked Rignall up in his car and offered him marijuana. Later in the night, Gacy placed a chloroform-covered rag over Rignall's face, chained him and assaulted him.

When Rignall spoke to police about the incident, they took the matter "lightly."

"I think it's quite likely that police and other authorities had a hard time understanding that rape can occur between men," gay rights activist Martha Fourt said. "The notion of a man being the victim, I think it was hard culturally to understand."

"I'm just thankful that I woke up in the park," Rignall said. "Instead of underneath his foundation."

In 1980, Gacy was tried for the murder of the 33 people. During the trial's closing arguments, Cook County prosecutor Bill Kinkle planted the wooden structure of Gacy's crawl space in front of the jury — the same basement opening Gacy used to dispose of the bodies. Kinkle ripped each of the victims' photos from a plastic board. "If you want to show mercy to this killer," he said. "You show the same mercy that he showed when he took these lives off the face of the earth and put them here." The photos flung into the crawl space opening. "There was this big exhale," Kinkle recalled. "And then total silence."

The moment shattered Gacy's defense. His attorneys argued that he was mentally insane, that he should be studied in a mental health facility so this "never happens again."

But Gacy's ability to hide his victims' bodies, to successfully run a business, to bookmark a section of a criminal law text detailing "mentally ill" legal defenses, spoke to his sanity. The jury agreed. "John Wayne Gacy made his own choices," a juror on the case said. "And so that makes him completely sane in my view."

"Conversations with a Killer: The John Wayne Gacy Tapes" is now streaming on Netflix. Watch a trailer for it below, via YouTube.