HBO's sublime one-two punch of tragedy and giggles is back, and we can't help but root for the absolute reprobates 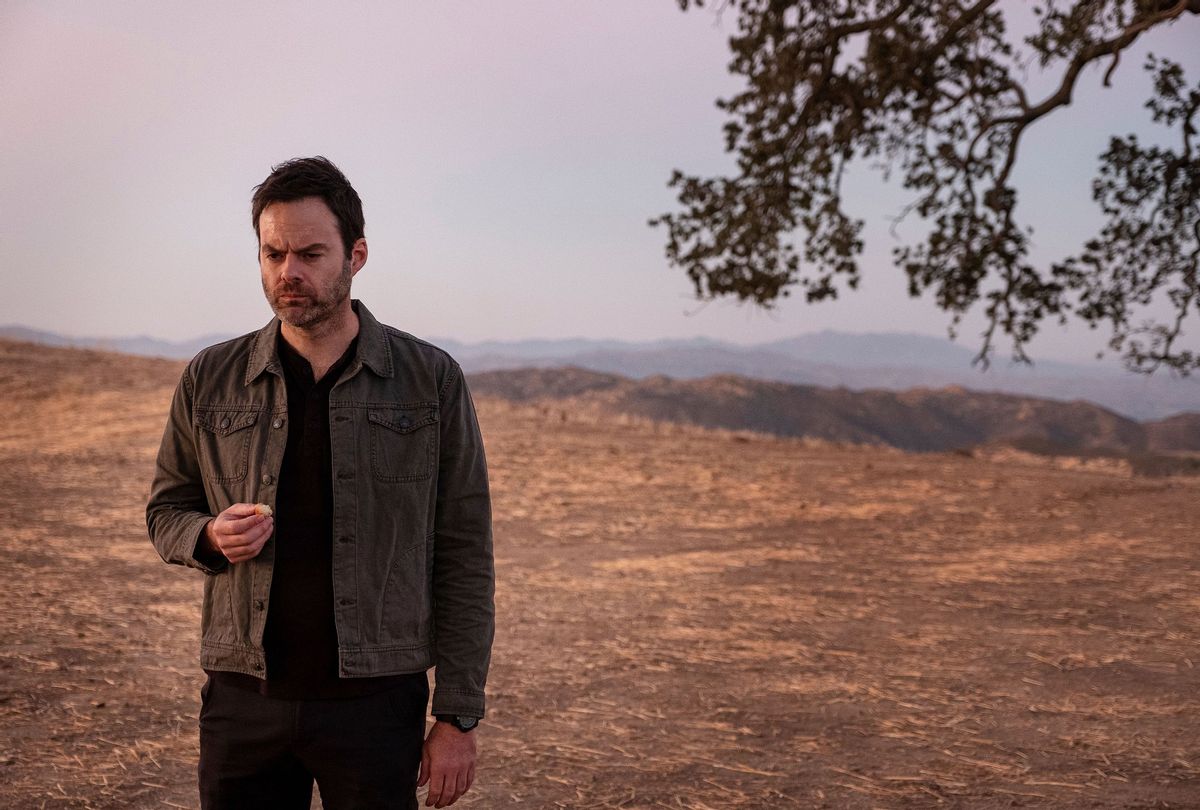 Bill Hader may be the objective center of "Barry," but the character that best personifies the show's blackhearted absurdity is Anthony Carrigan's Chechen mob boss NoHo Hank.

Hank may be the happiest, go-luckiest leader of killers in all of TV and film because he doesn't get his hands dirty. He's also fundamentally useless when the bullets start flying, as they did in last season's finale when an out-of-his-mind Barry stormed his new compound and wiped out nearly all of Hank's men along with the Bolivian gangsters with whom he recently formed an alliance.

Hank may be the happiest, go-luckiest leader of killers in all of TV and film.

Despite this disaster, we find Hank happily unbothered in season 3 at losing so many of his "buddies," including Barry. Life may not go on for them, but it does for him, which is what counts. Everyone else can, see him "on the flippy-flops," as he likes to say.

There is no debating Hank's absolute selfishness or his corruption, and there's no denying how lovable he is despite his callousness. Hank seems harmless despite proving on many occasions that he's anything but. "NoHo is soft," says someone writing him off as a threat in a crime that he masterminded – all part of the show's sidesplitting joke.

Anthony Carrigan as NoHo Hank in "Barry" on HBO (Merrick Morton/HBO)"Barry" never entirely tried to redeem Hader's contract killer, not even when he attempts to make a fresh start by joining an acting class led by the gifted but washed-up Gene Cousineau (Henry Winkler) and romancing its star student Sally Reed (Sarah Goldberg). Instead Hader and his co-creator Alec Berg have skillfully managed to delay Barry's inexorable plunge into depravity by dangling the false hope of normalcy in front of his face.

By learning the craft of acting, Barry tries to rekindle his lost humanity. In making what he views as honest connections with Gene and Sally, people who are as lonely and emotionally adrift as he is, Barry ends up endangering their lives and further ruining his own.

He also learns how to appear charming and supportive, and what's more dangerous than a charming, deadly man constantly falling short of being good?

The third season answers with Hader's haggard expressionless mug as he chews on a donut, coldly waiting for a client to stop hassling the target he's been hired to kill. A wide shot captures the desolate locale they've chosen to complete the act, a place devoid of witnesses, color or any sign of joy. The place is barren, lifeless, and so is the man. A few beats later, without meaning to, he lands the season's first walloping punchline.

The "Barry" streak of greatness continues unabated through the six new episodes made available for review, although as one would expect of a show whose protagonist steamed right on through an atrocity, the anguished rot behind its comedy is more visible on its skin this time. The Barry we rejoin three years after we last saw him is a miserable, hallucinating, lonely chaos agent trawling the Internet for low-rent jobs, a man whose mood swings lead him to picture murdering anyone.

Gene isn't much better, having lost everything due to his association with a man he didn't know is a contract killer. But while Gene is paralyzed by finding out his star pupil killed someone he loved, Sally's star is in ascendance. Her dream of making a TV show about her life is now a reality. Living that dream blinds her to the reality that she's repeating prior patterns of abuse; also, success makes her even more self-absorbed and insufferable than she was before.

But if this season reminds us even more starkly that this is a show about terrible people doing horrible things, it also works overtime to play up these characters' fragility.

Barry, NoHo Hank and Stephen Root's diabolical backstabber Monroe Fuches may be irredeemable, but the writers constantly remind us they're still average guys with desires, fears and feelings. At every turn, these episodes ask some version of the metaphorical "Do I not bleed?" question on behalf of each man, shocking us with the answer at times but always persuading us to reinvest in our affection.

At every turn, these episodes ask some version of the metaphorical "Do I not bleed?"

Frankly, the averageness of all these people – and all people – is the crux of the show's sublime one-two punch of tragedy and giggles. Gene falls face-first into a redemption arc that could turn his life around or prove meaningless. Sally has power bestowed upon her by the streaming service that greenlights her show, "Joplin," and uses that newfound juice to torment those she should be rewarding.

In the midst of it all Barry simply wants to be seen and appreciated, the same wants that led Fuches to sell out his once-valued protégé while punishing Gene, the man who stole Barry's loyalty.

Carrigan's Hank is in more danger this year but is less concerned with body harm than heartbreak, and that makes him more entertaining to watch even as he screws up the lives of those closest to him who are still breathing.

But Barry's predicament is the scariest because he's a predator in survival mode with no clear mission, giving Hader new colors to paint with. Barry switches off his humanity in prior seasons, but these new episodes provide a fuller picture of his psychological damage – he's less in control and more explosive, to an even scarier degree than before.

This sheds light on another facet of Sally's trauma survivor narrative and her flawed insistence that her experience with abuse makes her art more powerful. Her newfound success, witnessed and assisted by D'Arcy Carden's Natalie, rests on a faulty foundation owing to this belief while also blinding her to the field of red flags she's ignoring in her personal life.

Sarah Goldberg as Sally Reed in "Barry" on HBO (Merrick Morton/HBO)This may read as the description of a starless night of a season, which is not at all the case – the depravity only enlivens the inanity of everyone's pursuits and obsessions.

Sally's maddening experience in making her show underscores this truth while making a scathing commentary on the state of the industry when an executive who holds all of the power and no sense admits, "Nobody knows anything, except the algorithm."

And there's something to that (non) wisdom: With all the other very average souls randomly bumping around out there with the villains, nothing is sure, certainly not plans. A late season action scene also plays this out in peerless balance of terror and wheeze-inducing slapstick that keeps raising the level of ridiculousness. It's a bar-setting best for the series, if not TV generally, that also reminds us that we're rooting for absolute reprobates.

"Barry" takes everything that should be cool and certain about these people and professions, as in assassins and actors, and makes it awkward, droll and mortally sad. Hader's hollow man may never find grace, and it's a sure wager that the end of his story won't be clean or pleasant. Maybe the end will be sweeter for NoHo Hank, regardless of whether he earns it, morally speaking. All we can do is witness and steal some delight from all the darkness.

"Barry" returns for its third season on Sunday, April 24 at 10 p.m. on HBO. Watch a trailer for the season below, via YouTube.